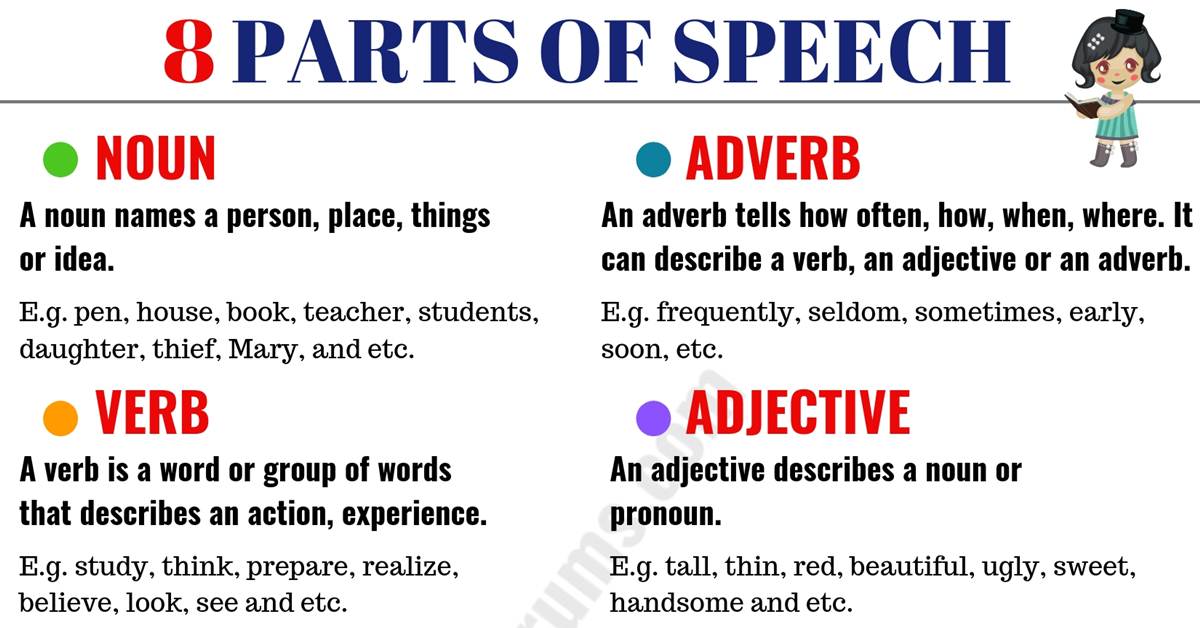 8 Parts of Speech! The parts of speech explain how a word is used in a sentence. In this lesson, you will learn eight parts of speech in English (also known as word classes): nouns, pronouns, adjectives, verbs, adverbs, prepositions, conjunctions and interjections.

Supper thank you very much

Thank you very much

Thank you for this resource!

Quite useful in online classes

This helped my little sister alot thank you very much

I am hungry for English.

I am hungry for English.

This helped me in class. Thank you👍🏾

Thanks again for telling and bringing it out