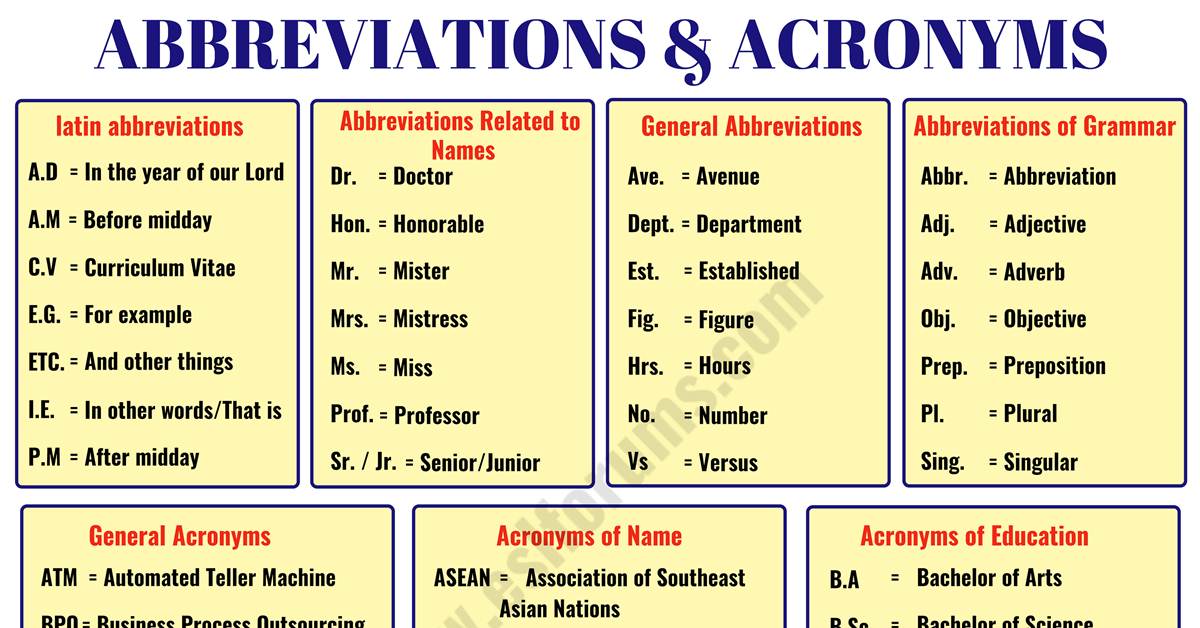 Abbreviation! Acronyms! Following is a full list of important abbreviations and acronyms in English you should learn to expand your vocabulary.

Abbreviation and Acronym are similar to each other as they both are short forms of longer words; however, they are two different parts of the English language.

An abbreviation is a shortened version of one or two words which are still pronounced the same way, even if they are written as an abbreviation.

An acronym, on the other hand, is a shortened version of the phrase that is most often the name of something. They are pronounced as their short forms rather than their actual full form.

NATO is pronounced NAY-TOE and not as North Atlantic Treaty Organization. Acronyms are also pronounced by the individual alphabet like with U.N, FBI, etc. 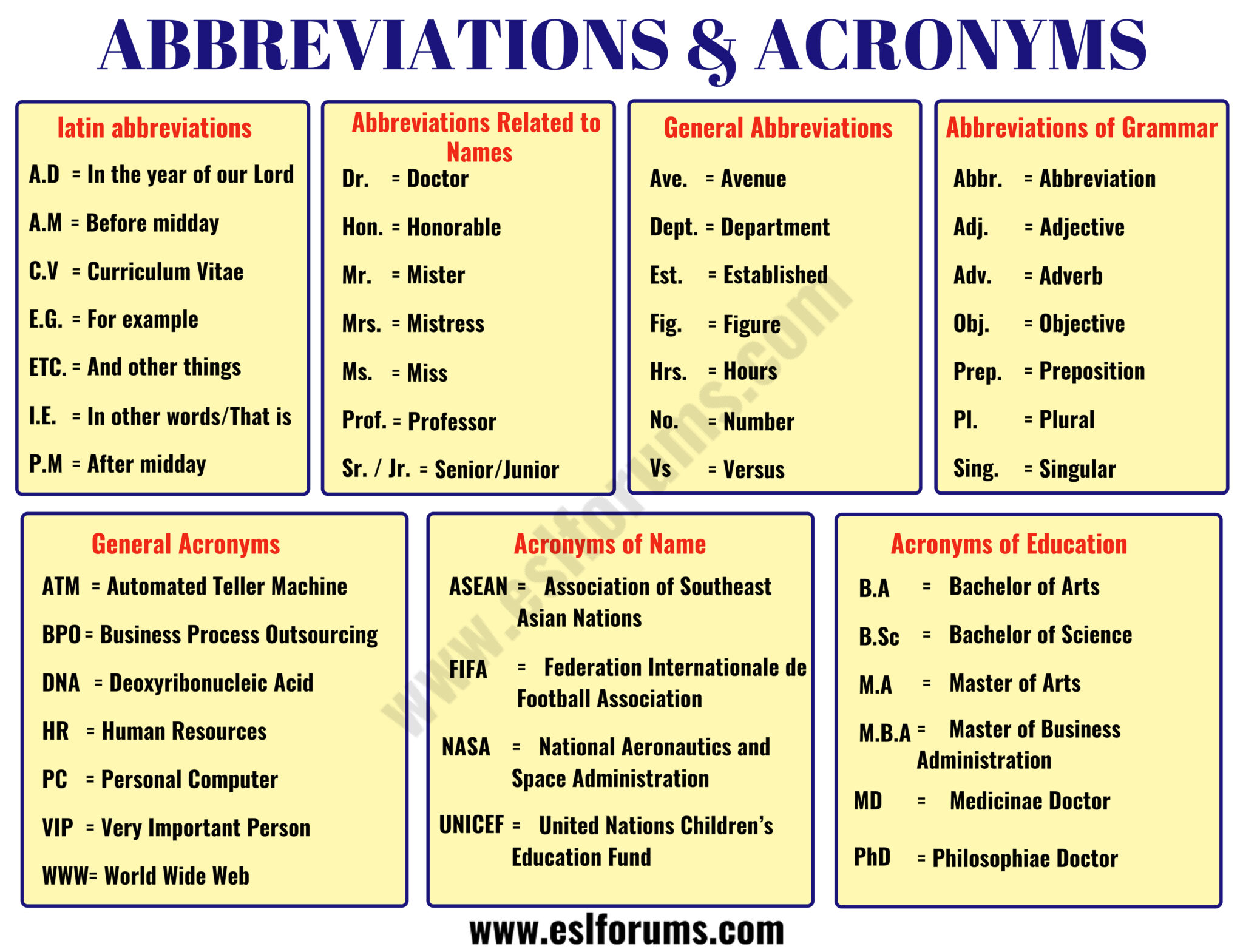 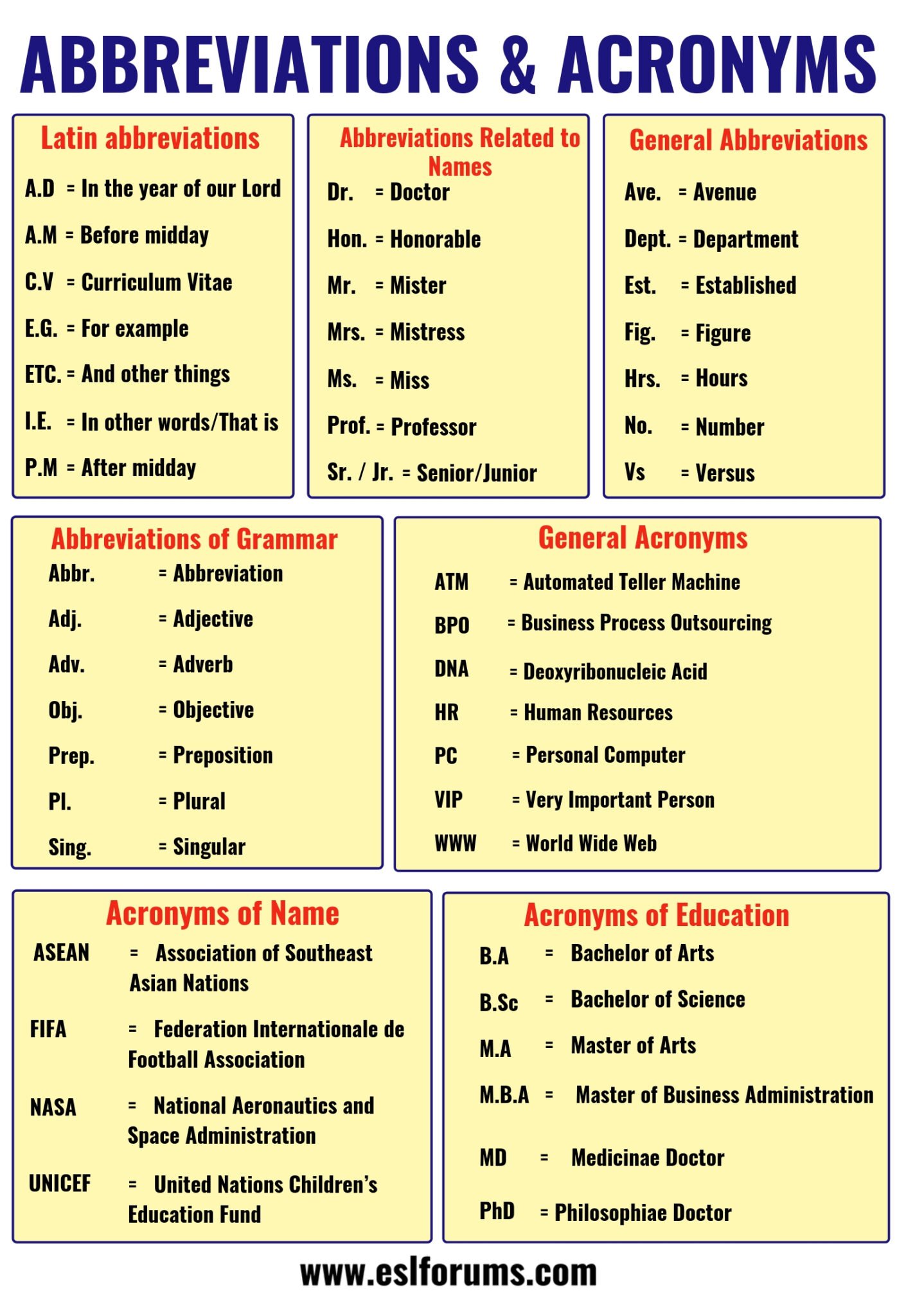 I learnt many lesson from you, vocabulary, names of things and places, common names etc…. I always thank you for availability for us, God bless you.

I strongly disagree with the meaning of the acronym, ‘NASA’.
Officially it stands for;
National Aeronautics and Space Administration
But reality suggests a very different meaning indeed,
and it works much better for me that way, because it says
exactly what its function is, unmistakably;
(N)ever (A) (S)traight (A)nswer.

Ted what are you saying then?

Mrs. is not mistress an if you call her that you might get slapped.

Ted Emmer, what do you mean?