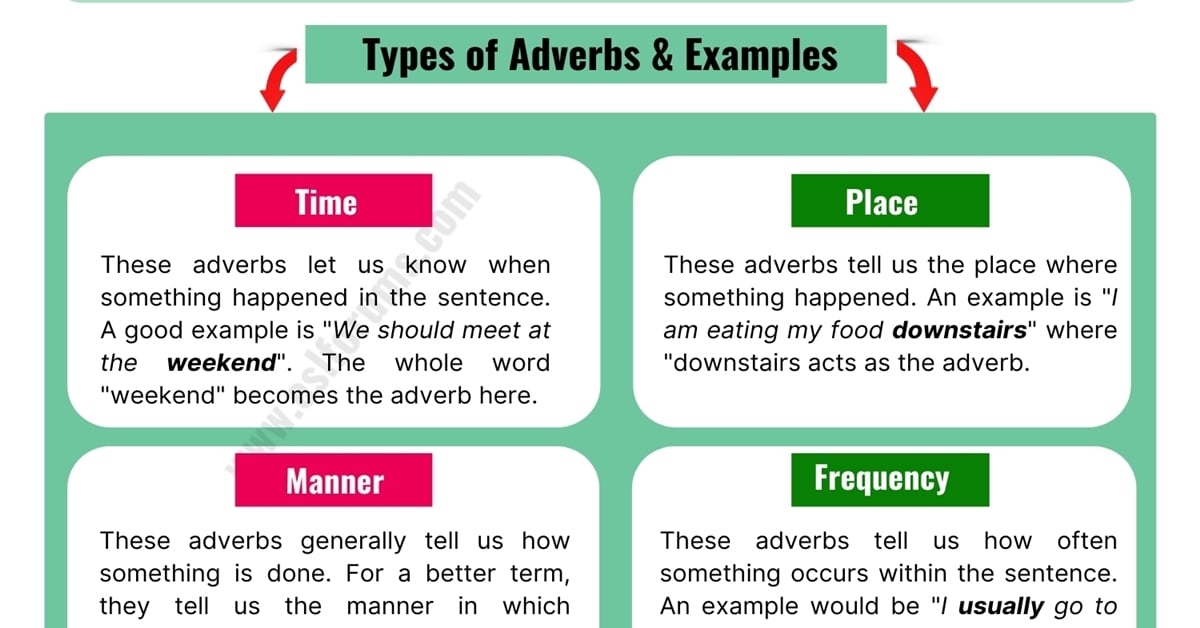 We might have come across the word adverb a few times in the past but never really considered much about what it could mean or how we would come by using it in a sentence. It’s important to know what adverbs are used for and how they will change the meaning of a sentence so we’re going to help you today and talk you through it by explaining what we know about the adverb.

They’re not nearly as confusing as they might first seem, even though their explanation can sound a little up in the air!

What Is an Adverb?

An adverb is a name given to any word that is used to modify a verb, adjective, adverb, or a whole sentence. It can be an odd concept that an adverb is capable of modifying itself, but once we get on to a few examples we’ll hopefully be able to clear it up a little bit better for you.

The position of the adverb in a sentence depends on a few things that need to be discussed. Most of the positioning comes down to what type of adverb it is, which we’ll discuss at more length in the next section.

Most types of adverbs, including the manner, place, and time types are always determined to be put at the end of a clause. Then some are better kept in the midsection, like the frequency, focusing, and certainty types. Finally, there’s only a couple that gets taken out of the clause and usually put at the very beginning. These are known as the viewpoint and evaluative adverb types.

The adverb is “slowly” at the end of the sentence.

These adverbs tell us the place where something happened. An example is:

“downstairs” acts as the adverb.

These adverbs let us know when something happened in the sentence. A good example is

These adverbs tell us how often something occurs within the sentence. An example would be

The adverb is “usually” here, explaining the frequency of the schedule.

The adverb is “certainly” and it stresses the importance of “her looks” in the sentence.

These adverbs are also in the middle of the sentence and give us an approximation as to what could happen.

These are used to share a view and are put at the start of a sentence.

These are used to evaluate the findings through the sentence (usually related to what was previously said).

You can see some popular adverbs in the adverbs list below.

Learn more with the full list of adverbs in English. 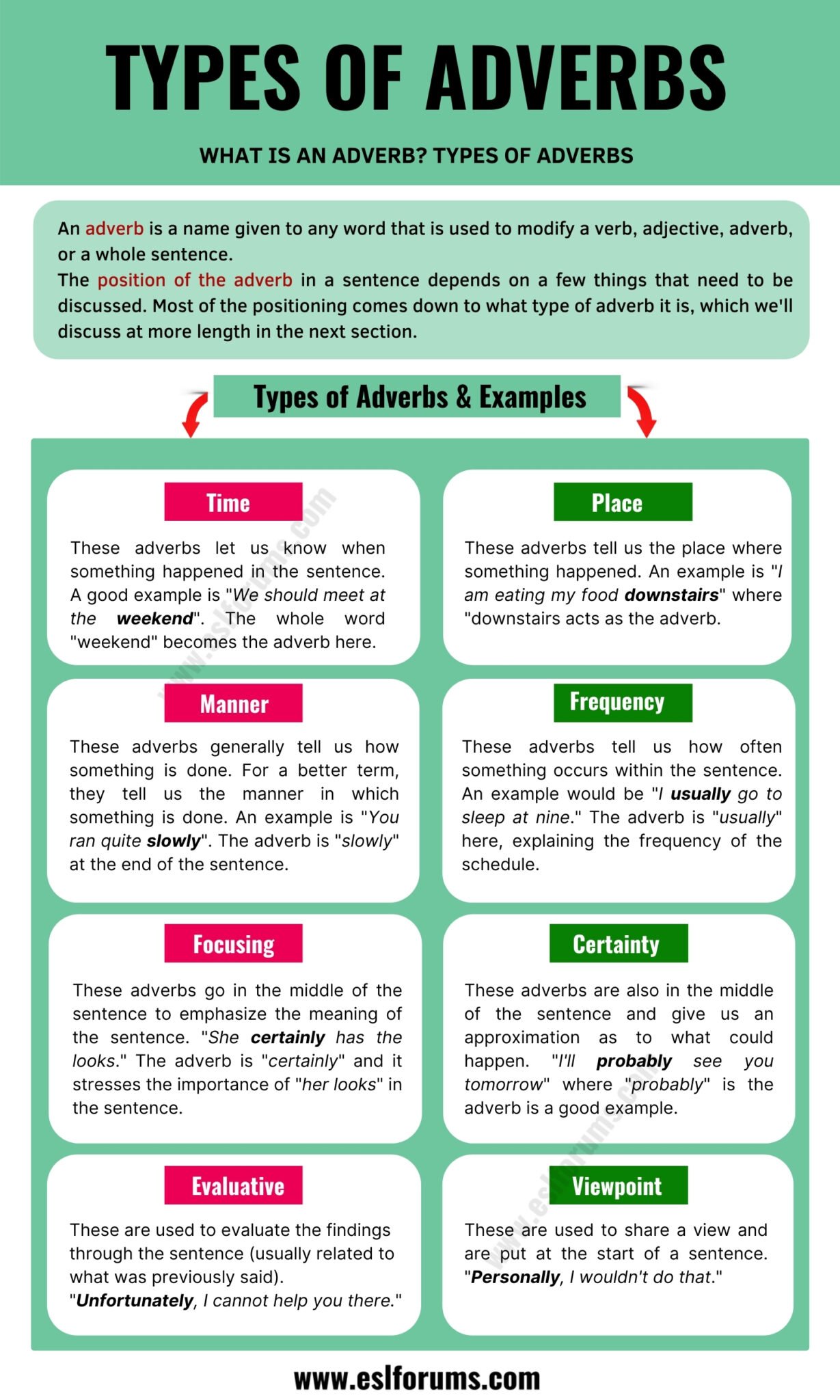 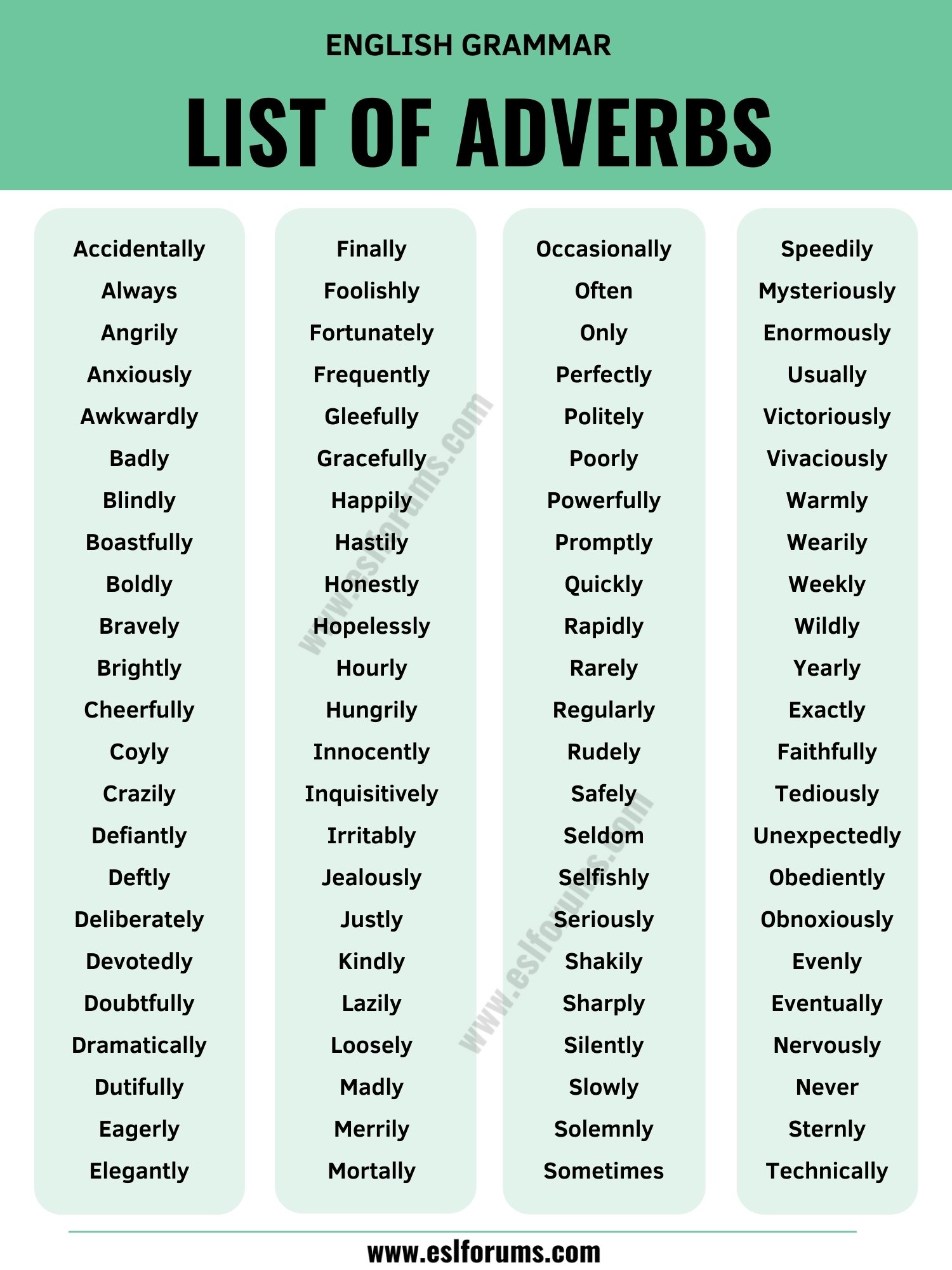