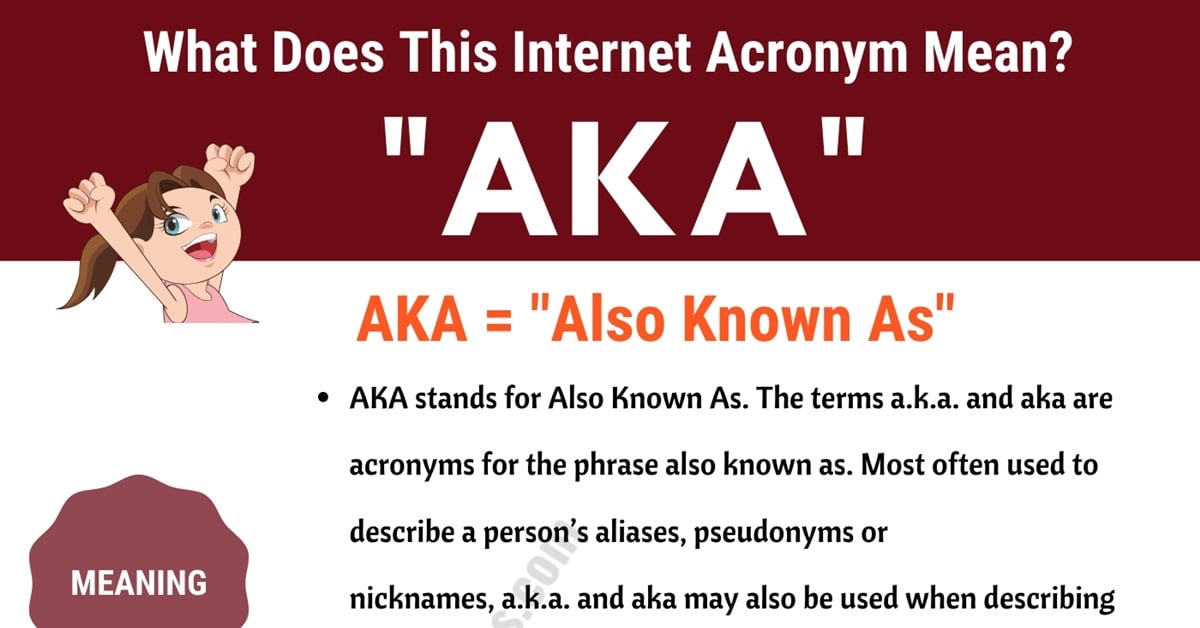 AKA Meaning! In this article, we’ll go to the detail of what AKA means and stands for with useful example conversation in English to help you use the acronym in the correct situations.

What Does AKA Mean?

AKA stands for Also Known As. The terms a.k.a. and aka are acronyms for the phrase also known as. Most often used to describe a person’s aliases, pseudonyms or nicknames, a.k.a. and aka may also be used when describing another name for a place or object. This is an interesting example of the evolution of an acronym. It is used often on Facebook, real life, in writing, and similar websites. 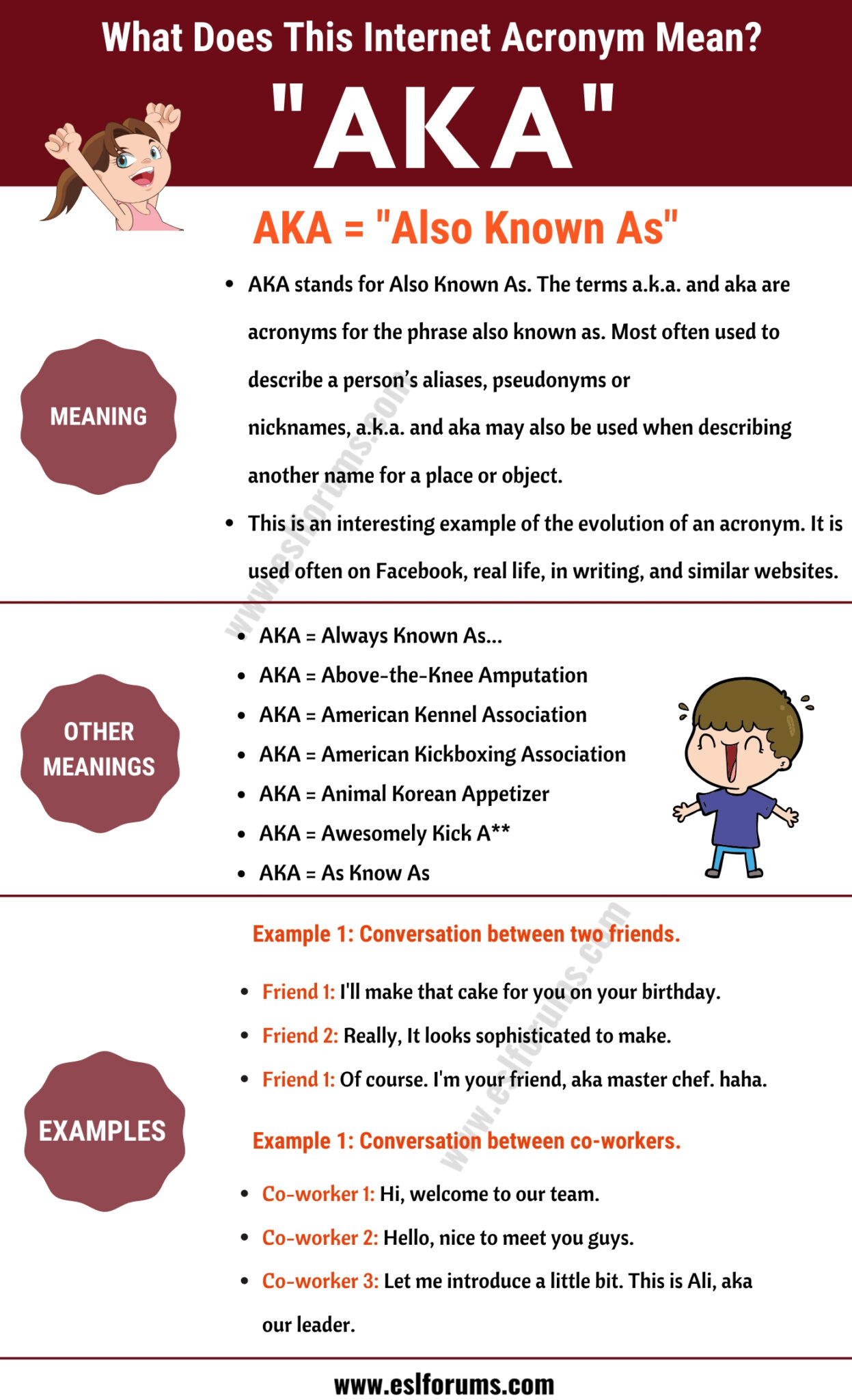