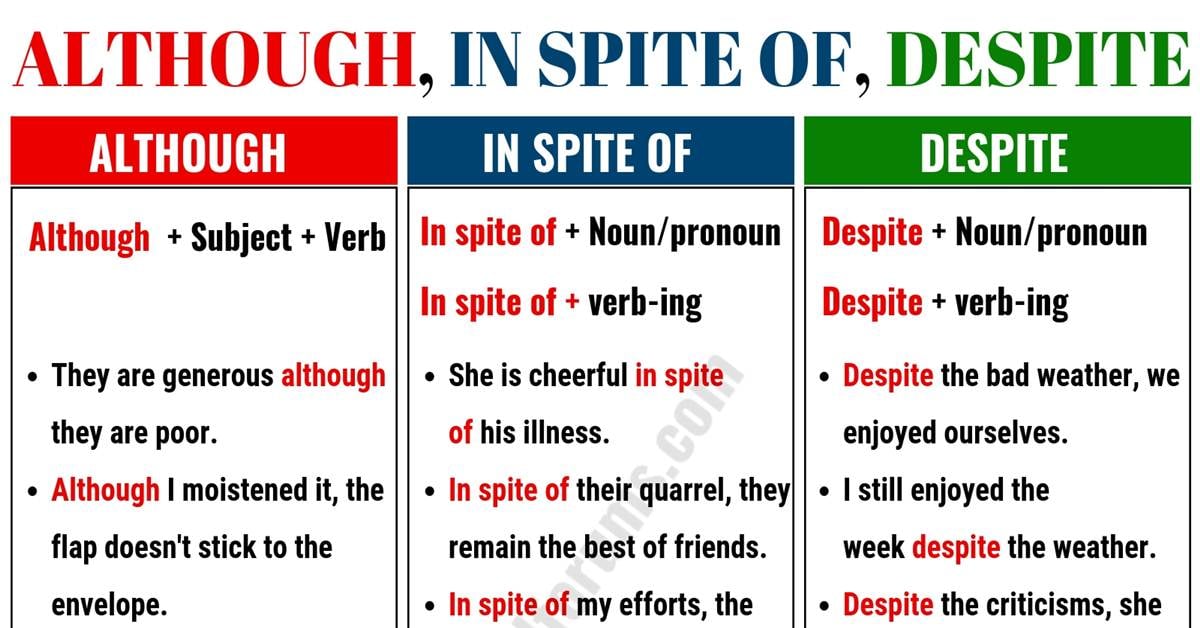 ALTHOUGH, IN SPITE OF & DESPITE are all used to show a contrast but there are differences in the structures used with them. In this lesson, you will learn how to use the words although, in spite of, despite correctly in sentences.

Although, In spite of, Despite

Using  In spite of

Although, In spite of, Despite | Infographic 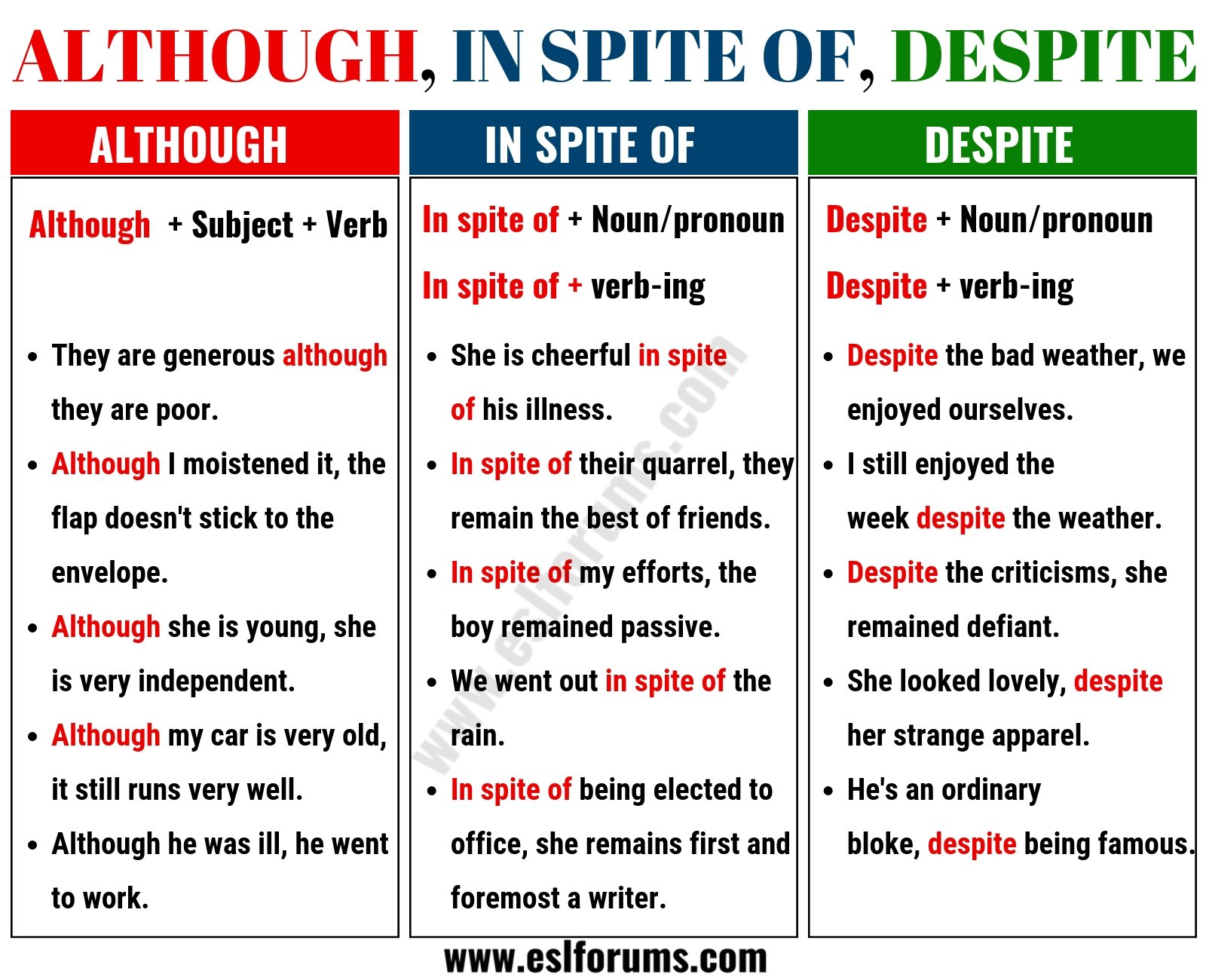 I have a lot of desire to chat with you.

Hi, please I just want to join this lesson cos my enqlish language is not really good

( Whatever – Despite ) the efforts he exerted , he achieved nothing.