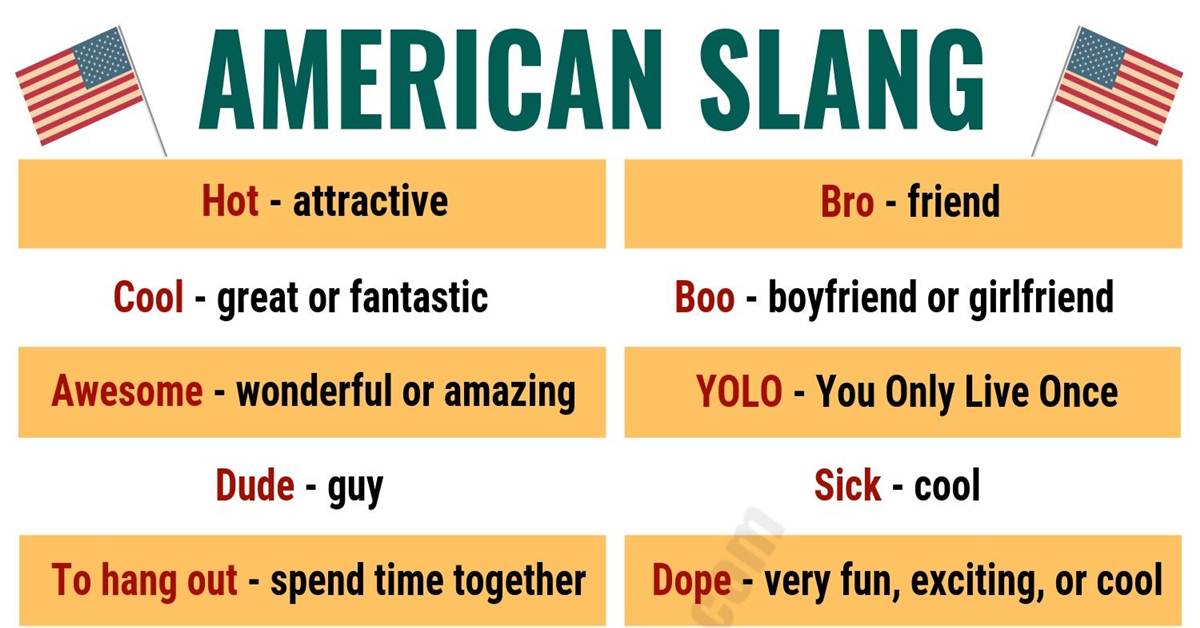 American Slang! In this lesson, you will learn a list 25 essential American slang words and phrases you might need to use in your daily life to sound like a native speaker. 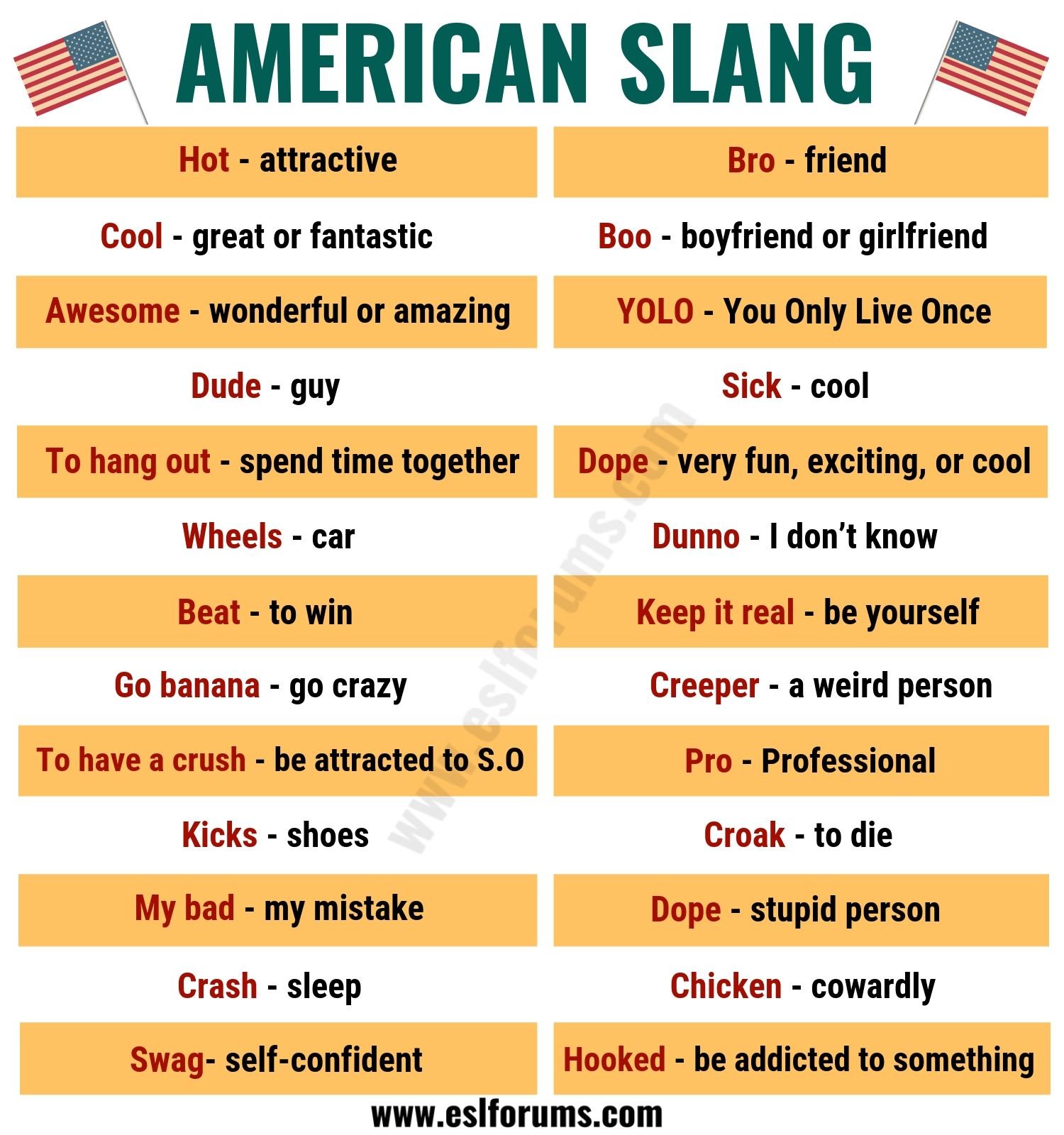 thanks, it’s useful lesson
but we need these slang words in sentences for more understand.

Same as previous comment wanna learn how to use it not just know the meaning.

its long time ago