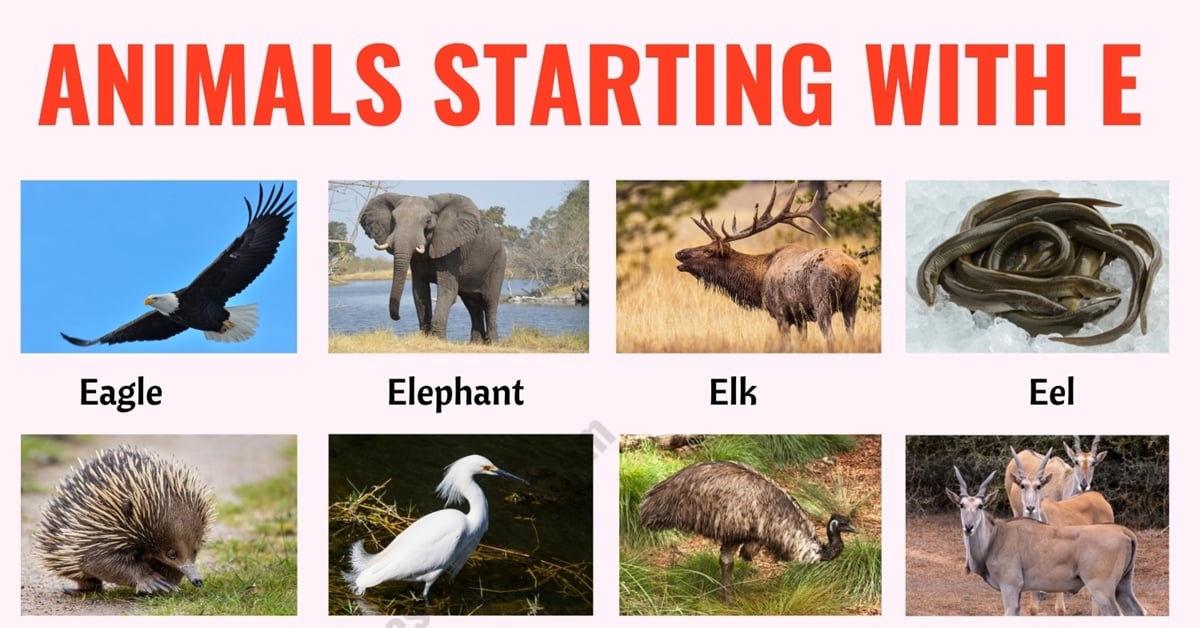 Animals that Start with E! In this article, you will learn a list of animal names that start with e in English with ESL picture and example sentences to help you enhance your vocabulary words.

Animals that Start with E

Animals that Start with E with Examples

Learn the list of animal names that start with A in English with examples.

The eagle hovered, ready to swoop at any moment.

Look, here are some elk and here’s the camp, the hunting camp with tipis.

He’s as slippery as an eel – you can never get a straight answer out of him.

It is one of only two mammals (the echidna is the other) that lay eggs.

This emu came from a local farm.

The large and very heavy giant eland of forests and plains in western Africa looks more like an ox than an antelope.

A furry white ermine moth clung to one of the spikes.

The feather trade in great auks, eider, and other sea birds has been mentioned earlier.

The earthworm can regenerate if it’s cut in half.

Earwig is a kind of beetle.

The black-and-rufous giant elephant shrew hid in his habitat and refused to come out for afternoon feeding.

Emperor penguin chicks have a greyish down coat with dark wing and tail feathers, but this odd bird is all white.

The red squirrel or Eurasian red squirrel (Sciurus vulgaris) is a species of tree squirrel in the genus Sciurus common throughout Eurasia.

The Eurasian wolf (Canis lupus lupus), also known as the common wolf or Middle Russian forest wolf, is a subspecies of grey wolf native to Europe and the forest and steppe zones of the former Soviet Union.

The other species examined was the European common frog, Rana temporaria.

The American Eskimo Dog is intelligent, alert, and friendly, although slightly conservative.

The Eurasian beaver or European beaver is a beaver species that was once widespread in Eurasia but was hunted to near-extinction for both its fur and castoreum.

Two of the main threats to the Ethiopian wolf come from diseases carried by domestic dogs.

However, different echinoderm species respond to ocean acidification in different ways, and the effects of rising temperatures can be as significant as those of rising carbon dioxide.

The eastern mole or common mole is a medium-sized, overall grey North American mole and the only member of the genus Scalopus.

When it went ashore to breed or perhaps to bask in the sun, he proposes, Rodhocetus probably hitched itself around somewhat like a modern eared seal or sea lion.

Animals that Start with E Infographic 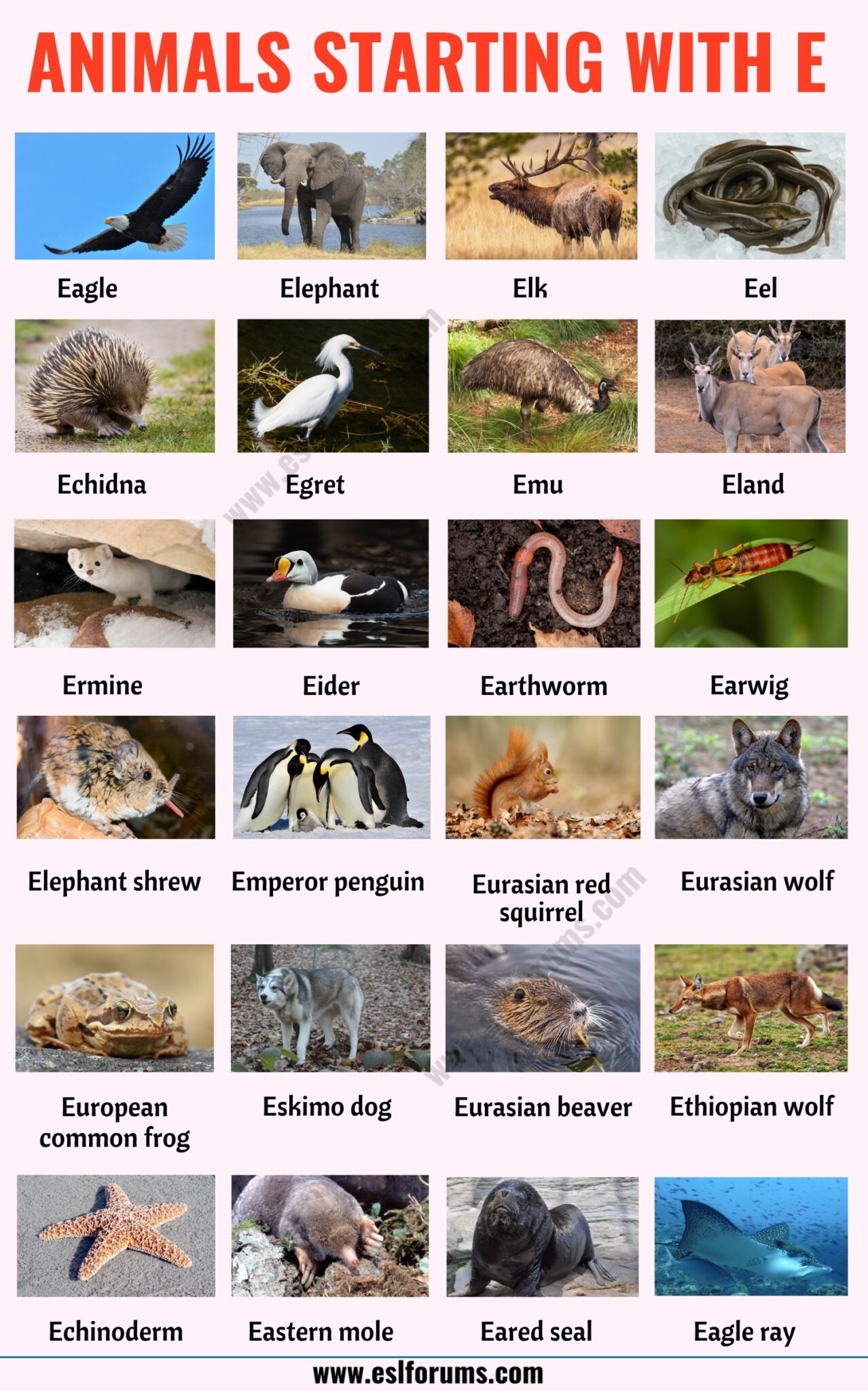