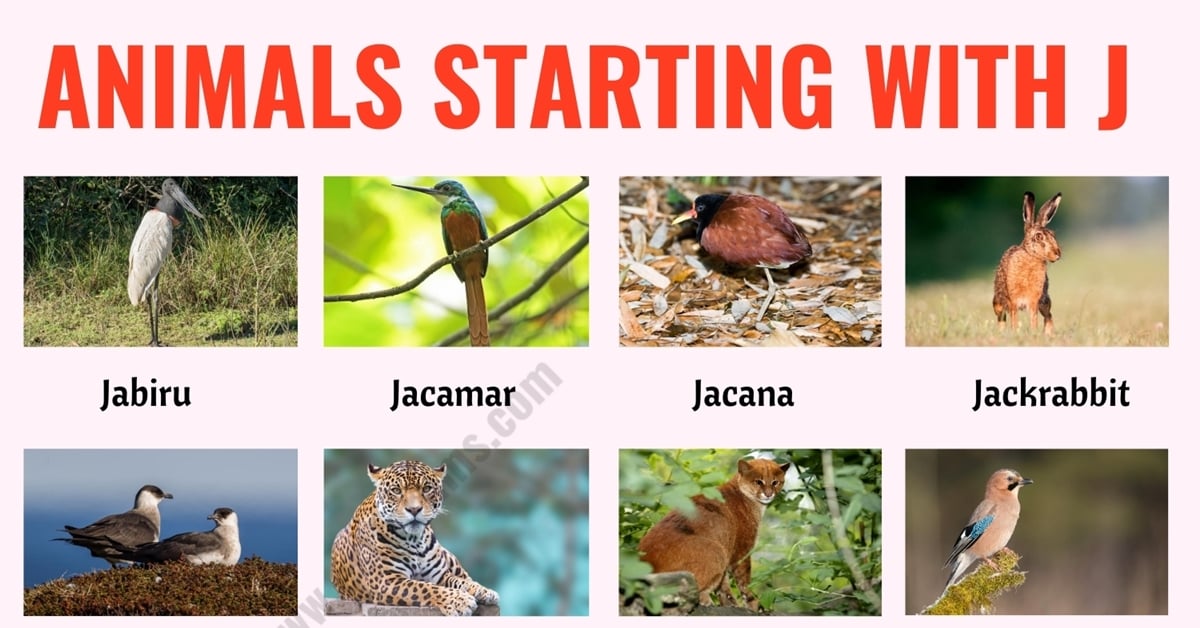 Animals that Start with J! In this article, you will learn a list of animal names that start with ESL picture and example sentences to help you enhance your vocabulary words.

Animals that Start with J

Animals that Start with J with Examples

Learn the list of animal names that start with J in English with examples.

Binoculars are passed around so that all can enjoy a glimpse of a jabiru, an odd kind of stork that looks like a pelican on stilts.

“That must be a jacamar, ” said Herbert, trying to get nearer.

We spotted a jackrabbit hidden in the brush.

The reddish-brown colour phase of the jaguarundi.

They look rather like elongated jellyfish and appear to have no structural virtues.

It’s a long-eared jerboa, and this is the first-ever video rare rodent.

Jumping spiders are a group of spiders that constitute the family Salticidae.

That’s the strange world of the dark-eyed junco.

Japanese macaques live in a variety of habitats throughout these islands including subalpine, subtropical, deciduous, and evergreen forest mountains.

Overall, in 2007, there was an obvious seasonal change in the spatiotemporal distribution patterns of Chilean jack mackerel fishing grounds, and the CPUE value had a larger fluctuation range.

The Jack Russell Terrier is a small terrier that has its origins in fox hunting in England.

Javan rhinos are the most threatened of the five rhino species, with only 58-68 individuals that live only in Ujung Kulon National Park in Java, Indonesia.

We recommend you avoid feeding your Japanese Chin any white potato, avocado or horsemeat among other toxic foods including grapes, onion, chocolate, etc.

Animals that Start with J Infographic 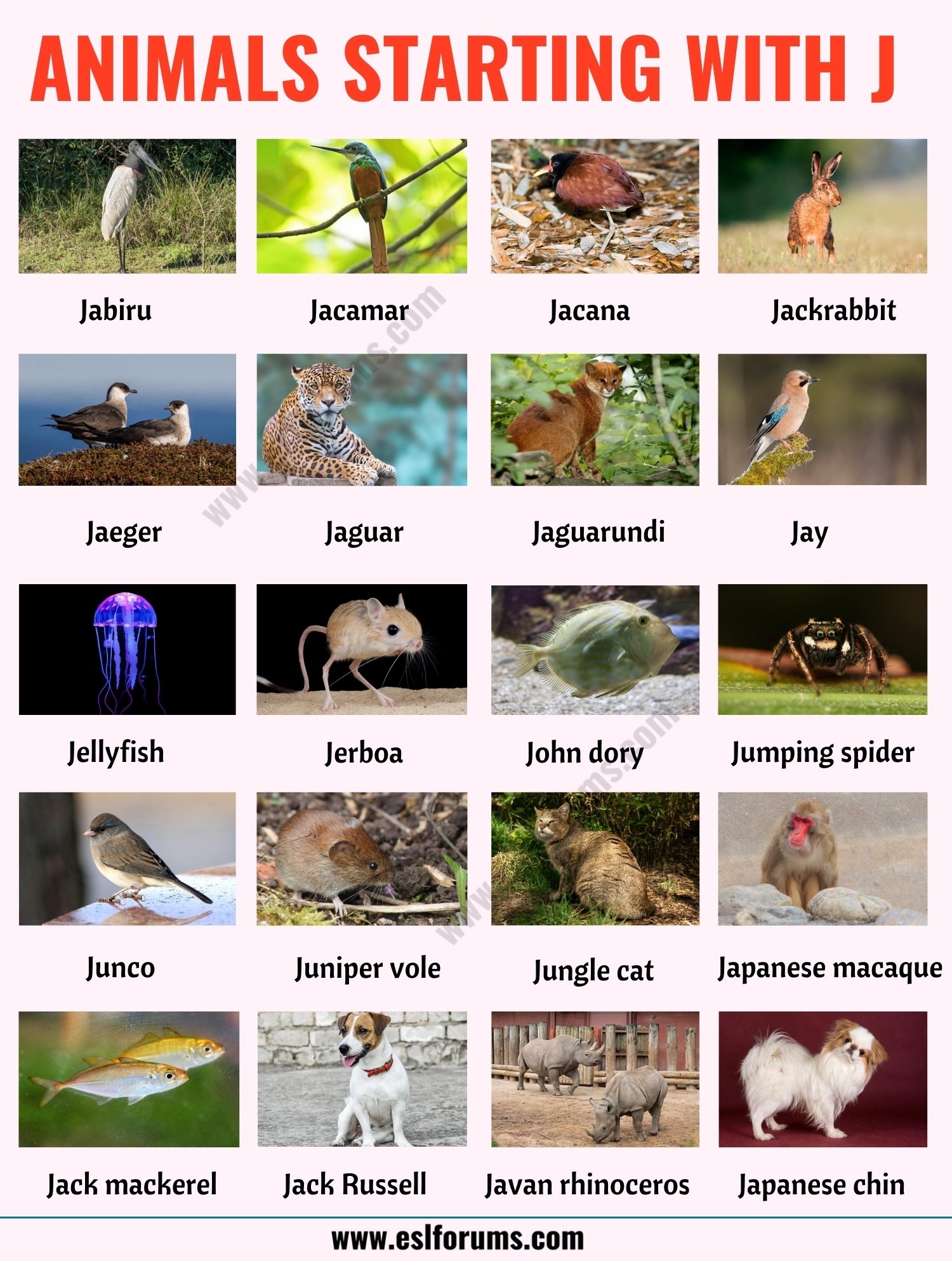