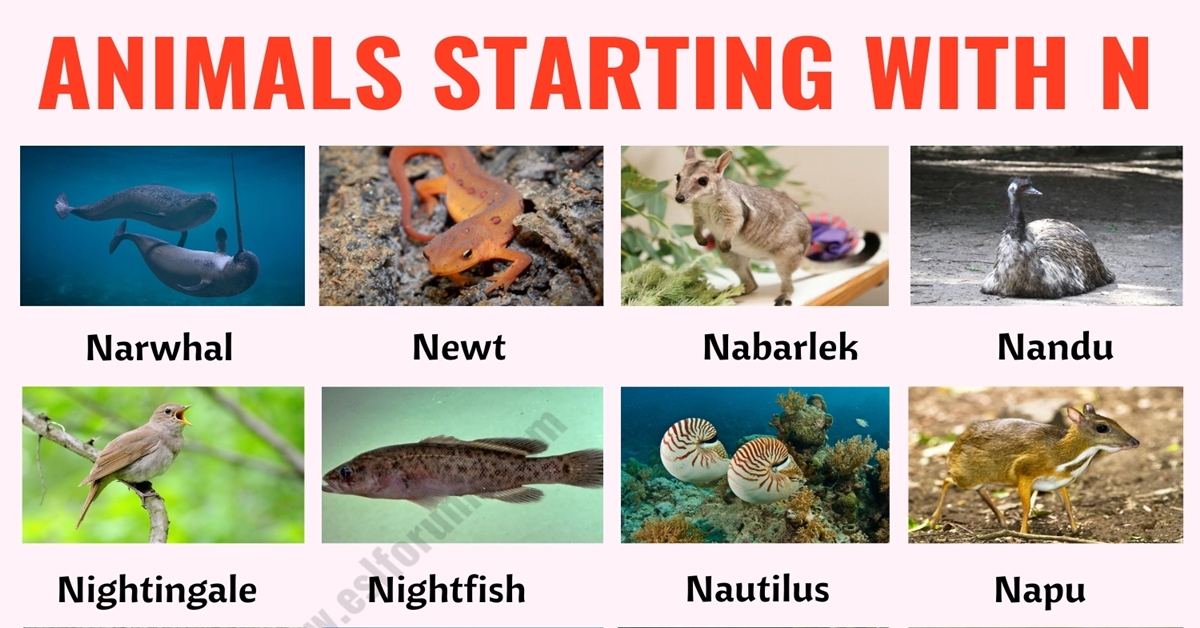 Animals that Start with N

Animals that Start with N with Examples

Learn the names of animals that start with N with example sentences.

During its water-living phase in the breeding season, the newt becomes quite fish-like.

You can hear a nightingale whistle at night.

Eventually, all the shelled forms except the pearly nautilus disappeared.

Needlefish are characterized with their rigid, elongated jaws. They are frequently attracted by light at night and may inflict a wound by plunging their sharp beaks into anyone in their path.

The sweet birdsong of the nightjar, the roar of a lion or the grunt of a hippo could soon replace the trilling and beeping of Britain’s mobile phones.

Nematode eggs differ greatly in size and shape, and the shell is of variable thickness usually consisting of three layers.

Other species covered by the programme include the dormouse, natterjack toad, red squirrel and stinking hawk’s-beard.

He is a nighthawk, always hanging around in the night clubs.

That dirt very likely contained the common nightcrawler and the red marsh worm.

By doing this, it is possible to show that the tiger’s closest living relative is another marsupial called a numbat.

Famous New Orleans chefs have come up with recipes for cooking nutria.

The species included the wren, nuthatch, starling and also waterbirds such as the oystercatcher, curlew and redshank.

Animals that Start with N Infographic