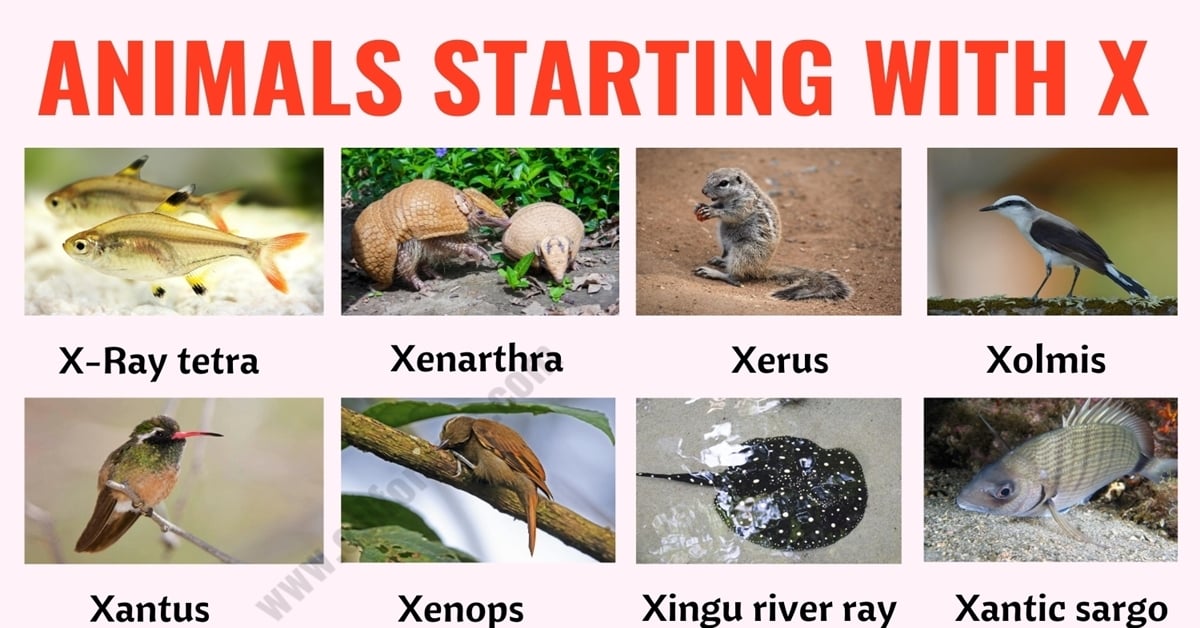 Animals that Start with X

Animals that Start with X with Examples

Learn the names of animals that start with X in English with examples sentences.

The Xoloitzcuintle, or Xolo, also known as the Mexican hairless dog, is one of several breeds of hairless dog.

Xanthichthys is a genus of triggerfishes native to reef environments in the western Atlantic Ocean, Indian Ocean, and Pacific Ocean.

Xenentodon cancila, the freshwater garfish, is a species of needlefish found in freshwater and brackish habitats in South and Southeast Asia.

Xiphosura is an order of arthropods related to arachnids, or, according to one recent study, actual arachnids.

Xestia is a genus of noctuid moths (family Noctuidae).

Xyrichtys is a genus of wrasses native to the Atlantic, Indian and Pacific Oceans, where they are found in sandy-bottomed habitats.

Amegilla floraea ( Smith ) Brooks and Xylocopa nasais Westwood were the most important pollinators.

Xenacanthus is a genus of prehistoric sharks.

During a recent dive in Monterey Harbor, Xantus‘ swimming crab was observed in 15 feet of water.

Xenops is a genus in the bird family Furnariidae, the ovenbirds.

The Xingu River ray, white-blotched river stingray, or polka-dot stingray (Potamotrygon leopoldi) is a species of freshwater fish in the family Potamotrygonidae.

The Xantic Sargo is found in the Eastern Central Pacific region growing up to 50cm in length.

Pristella maxillaris, the only species in the genus Pristella, is commonly known as the X-ray fish or X-ray tetra because of its translucent body.

Xenarthra is a major clade of placental mammals unique to the Americas.

Xolmis is a genus of South American birds in the tyrant flycatcher family Tyrannidae.

Animals that Start with X Infographic 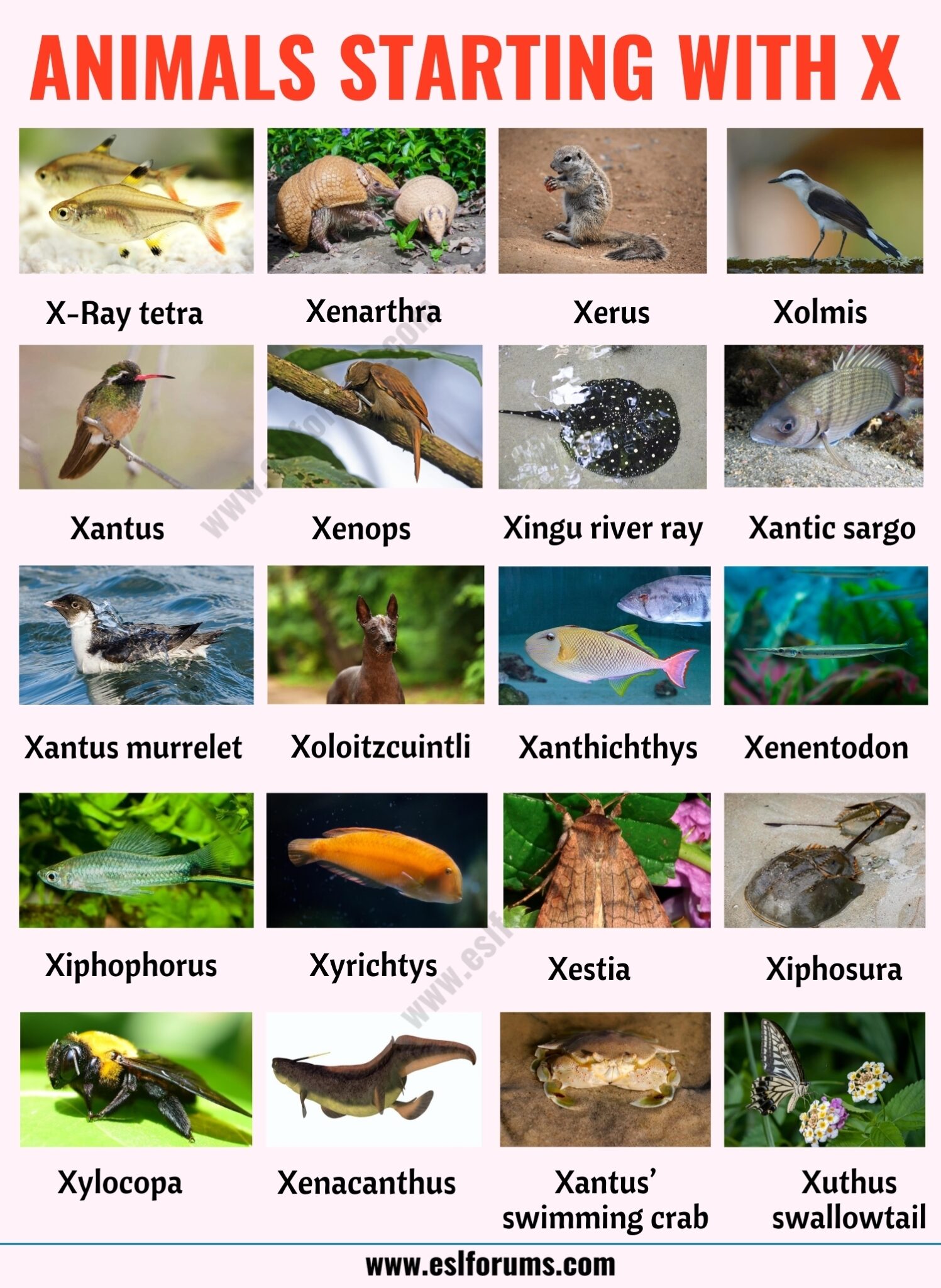