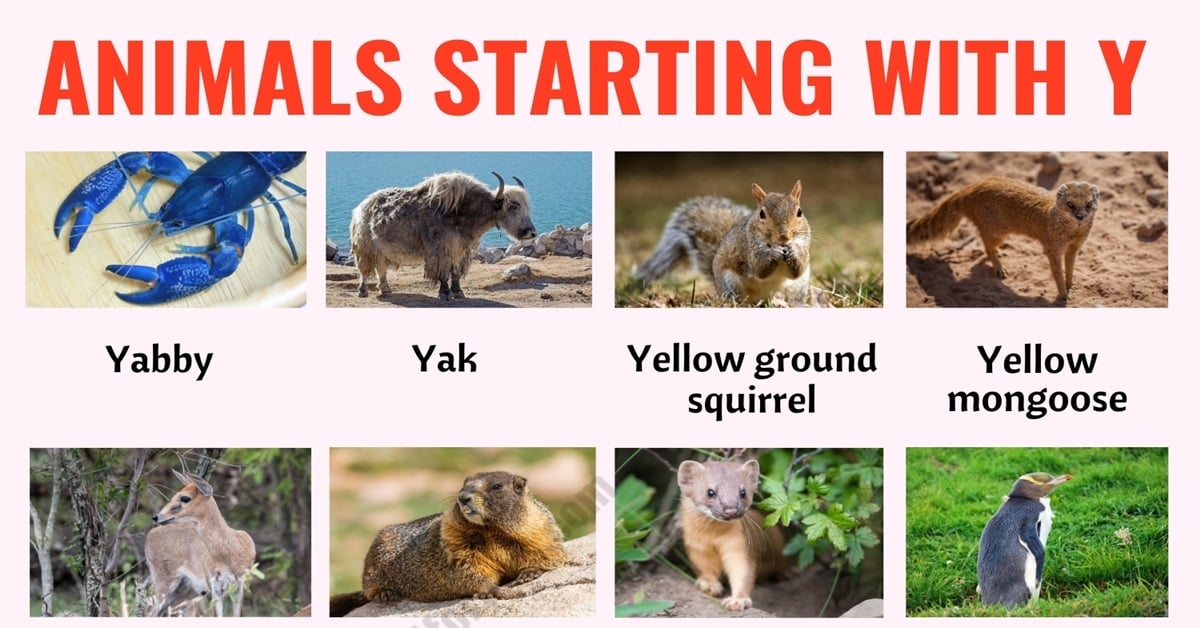 Animals that Start with Y! In this lesson, you will learn a list of common animal names that start with Y in English with ESL picture and example sentences to help you enhance your vocabulary words.

Animals that Start with Y

Animals that Start with Y with Examples

Learn the list of animal names that start with Y in English with examples.

Yabby is a name given in Australia to two different kinds of crustacean: Cherax (freshwater yabby), a crayfish.

The yak meat was tough, but after weeks of barley meal, we feasted until fit to burst.

The yellow ground squirrel has naked soles on the hind feet excluding heels.

The Yellow Mongoose is a small African mammal.

The yellow-backed duiker gets its name from a triangular patch of erectile yellow hairs on its back.

The yellow-bellied marmot, also known as the rock chuck, is a large, stout-bodied ground squirrel in the marmot genus.

The yellow-bellied weasel is a species of weasel that inhabits pine forests in central and eastern Asia.

The endemic yellow-eyed penguin is now the only extant member of the genus Megadyptes.

The yellow-footed antechinus, also known as the mardo, is a shrew-like marsupial found in Australia.

The Yellow-footed Rock-wallaby was once found in small, disjunct colonies throughout the semi-arid range country in South Australia, New South Wales and south-west Queensland.

The yellow-nosed cotton rat is a species of rodent in the family Cricetidae.

The yellow-pine chipmunk is a species of order Rodentia in the family Sciuridae.

The yellow-throated marten is a marten species native to Asia.

The yellow-winged bat is one of five species of false vampire bat (family Megadermatidae) from Africa.

The Yucatan squirrel is a tree squirrel in the genus Sciurus endemic to Belize, Guatemala, and Southeast Mexico

The Yuma myotis is a species of vesper bat native to western North America.

The Yorkshire Terrier is one of the smallest dog breeds of terrier type, and of any dog breed.

The southern yellow-billed hornbill is a hornbill found in southern Africa.

Yellowjacket or yellow jacket is the common name in North America for predatory social wasps of the genera Vespula and Dolichovespula.

The yellowhammer is a passerine bird in the bunting family that is native to Eurasia and has been introduced to New Zealand and Australia.

The Yacare caiman is an ancient creature that lives in central South America.

Yearling is an animal (especially a sheep, calf, or foal) that is a year old or that is in its second year.

Animals that Start with Y Infographic 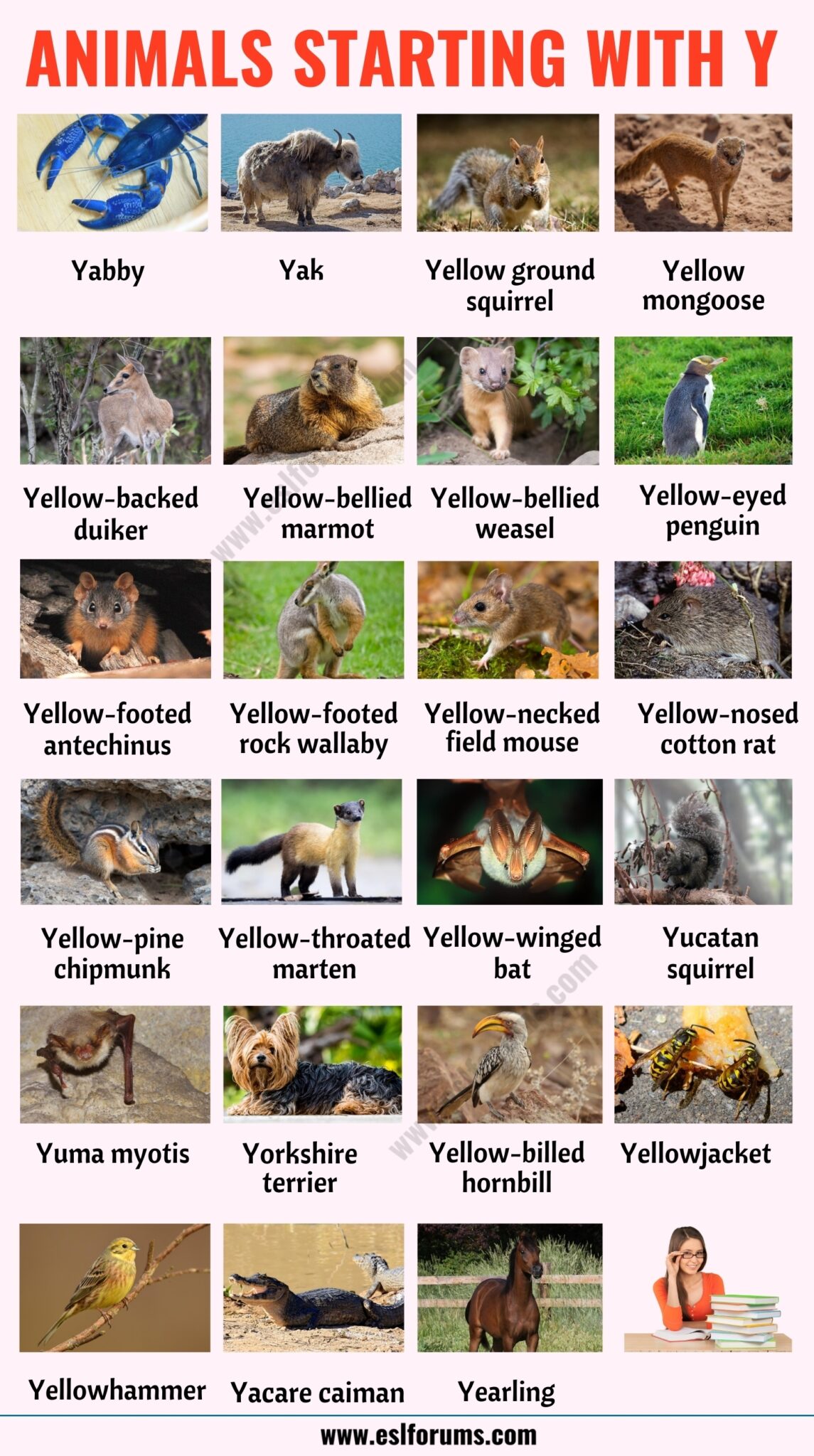 i don¨t really like it most start with yellow.