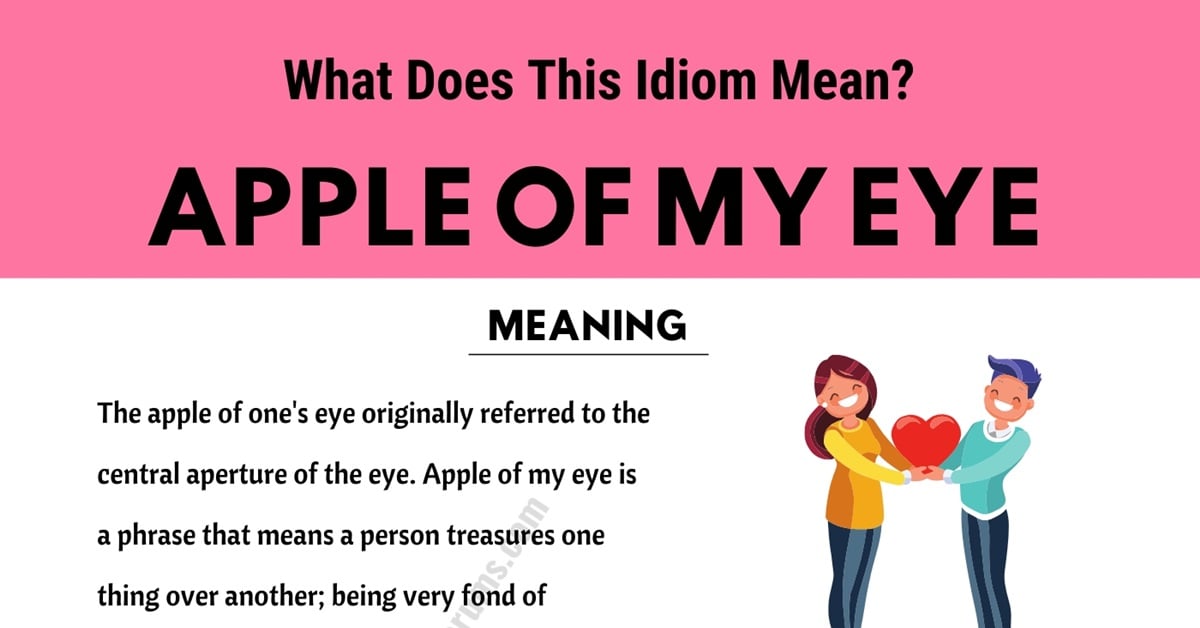 What does the idiomatic expression “apple of my eye” mean? In this lesson, you will find the meaning of this idiom phrase and examples showing how to properly use the phrase in conversation.

Apple of My Eye

Meaning of “Apple of My Eye”

The apple of one’s eye originally referred to the central aperture of the eye. Apple of my eye is a phrase that means a person treasures one thing over another; being very fond of someone or something.

‘The apple of my eye’ is an exceedingly old expression which first appears, in Old English, in a work attributed to King Aelfred (the Great) of Wessex, AD 885, titled Gregory’s Pastoral Care.

The phrase was known from those early sources but became more widely used in the general population when Sir Walter Scott included it in the popular novel Old Mortality, 1816: “Poor Richard was to me as the eldest son, the apple of my eye.”

Examples of “Apple of My Eye”

Apple of My Eye Infographic 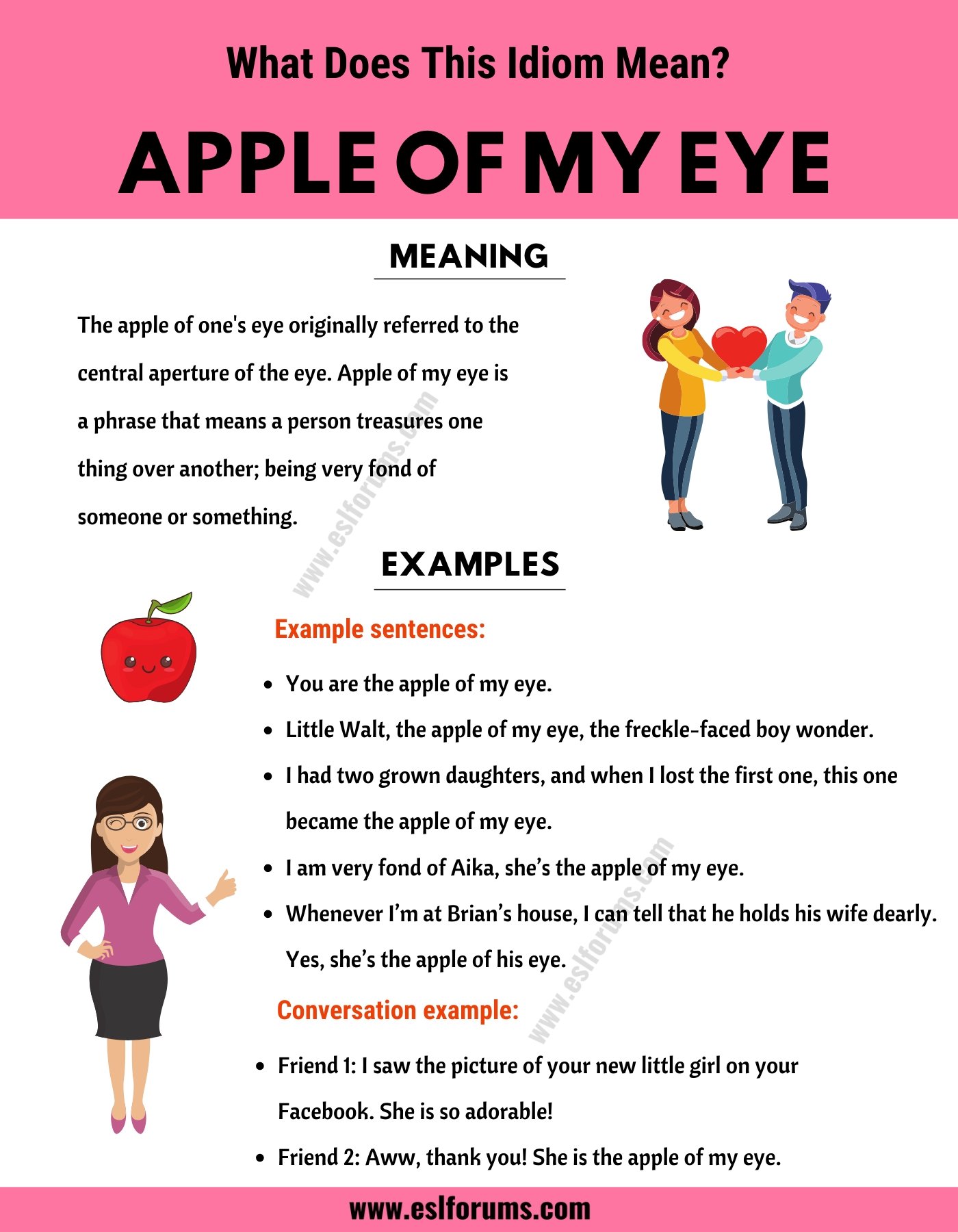