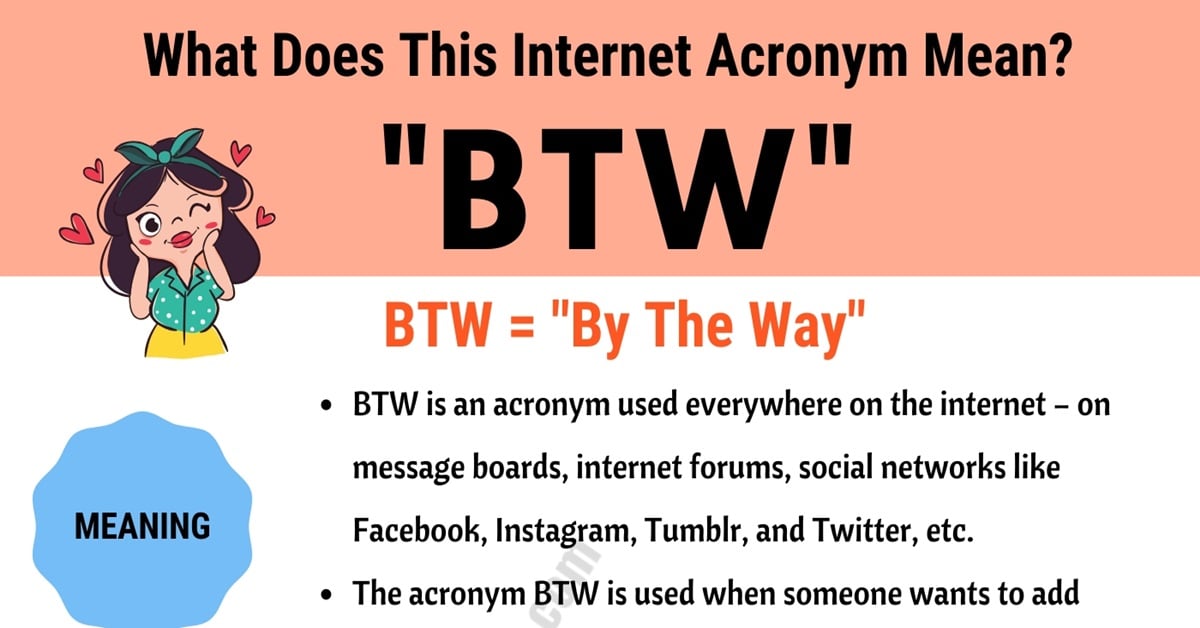 What does BTW mean and stand for? In this lesson, you will learn the definition, other meanings and conversation examples of the acronym “BTW” in English.

What Does BTW Mean?

BTW stands for “By The Way”.

BTW is an acronym used everywhere on the internet – on message boards, internet forums, social networks like Facebook, Instagram, Tumblr, and Twitter, in email, texting, and instant messaging, and on websites like Craigslist or Reddit. BTW means By The Way. Typing “BTW” is much quicker than typing “by the way” which is why it’s used.

The acronym BTW is often used after someone types and sends a message online. A person may think of something that they forgot to send in a message so they would send another message starting with “BTW”. 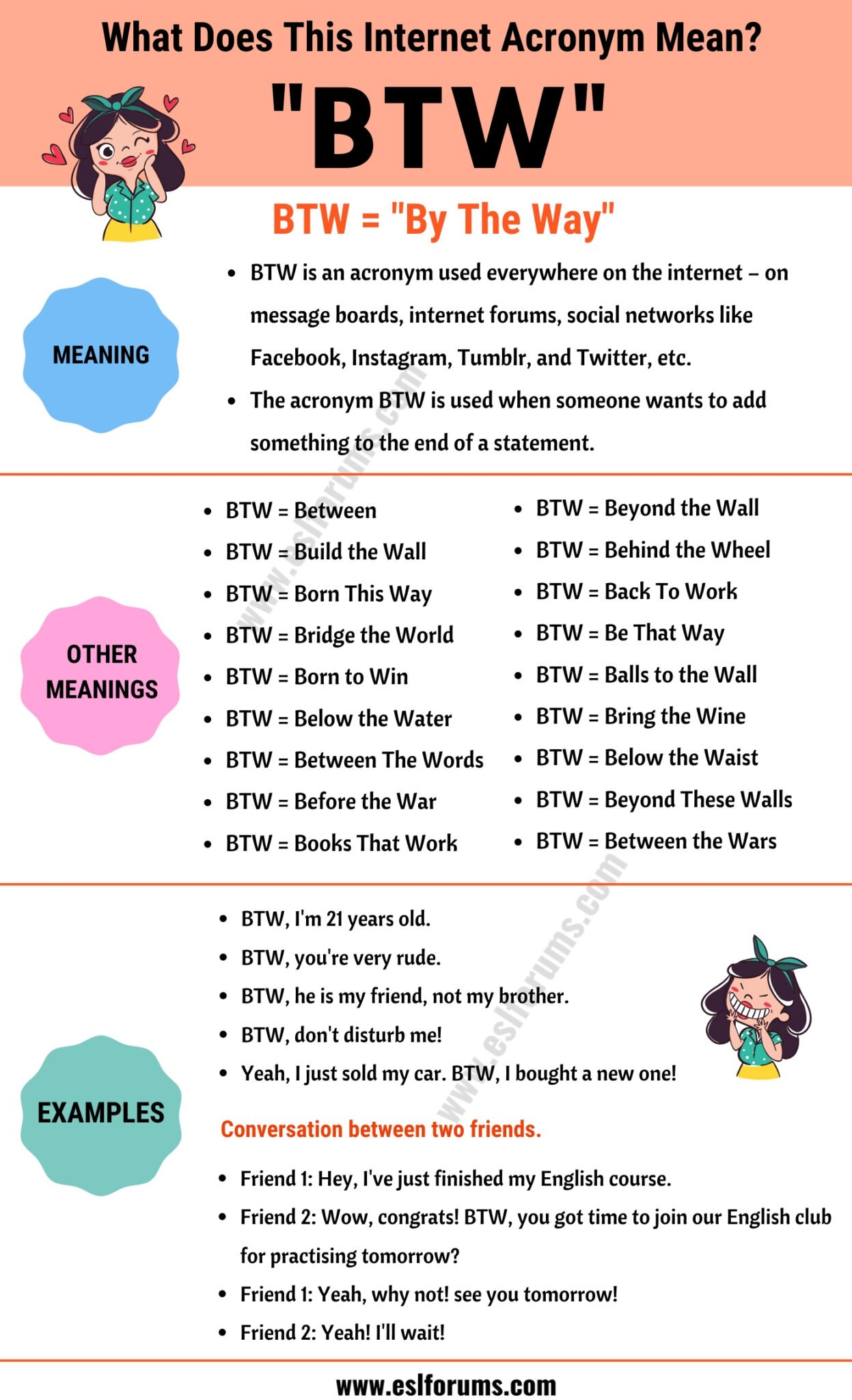