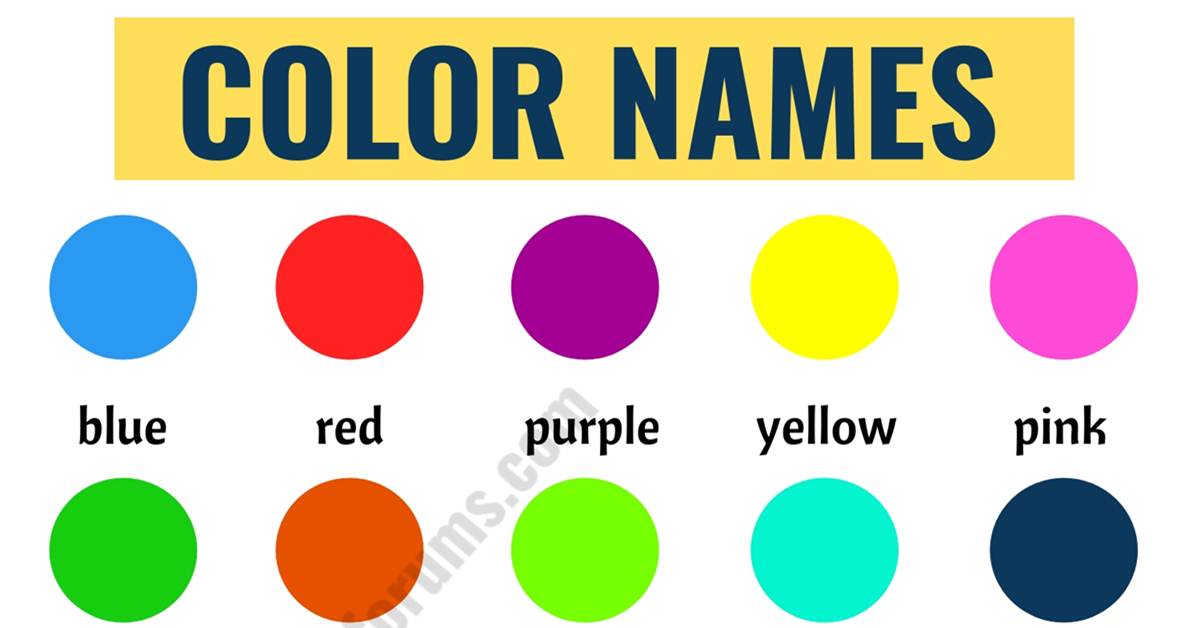 Color Names! Following is a list of common color names in English with example sentences and ESL picture to help you identify them easily.

The mountain’s snow-white peak was incandescent against the blue sky.

He drove through the red lights in an attempt to shake off the police car that was chasing him.

She had a purple dress on with a silver-white necklace.

It was early autumn and the leaves were turning yellow.

The side of the mountain appeared pink in the early morning light.

She wanted to buy the orange dress,but we persuaded her that the blue one was more becoming.

The contrast between the lime green and the rose pink was striking.

I had a little dress made – it was a strapless taffeta number, very girly and aqua blue.

He wore his cleanest slacks, a clean shirt and a navy blazer.

I like the contrast of the white trousers with the black jacket.

Against her black dress, her diamond necklace stood out clearly.

He had spiky light brown hair, shaved at the sides and gelled on top.

Remember that three piece suite Mrs Killeen had? It was grey and mustard. It was absolutely revolting!

The sky was indigo blue, and a great many stars were shining.

Would you like an amber necklace for your birthday?

She had tied back her hair with a peach satin ribbon.

She wore black tights, and maroon socks that stuck up above her boots. 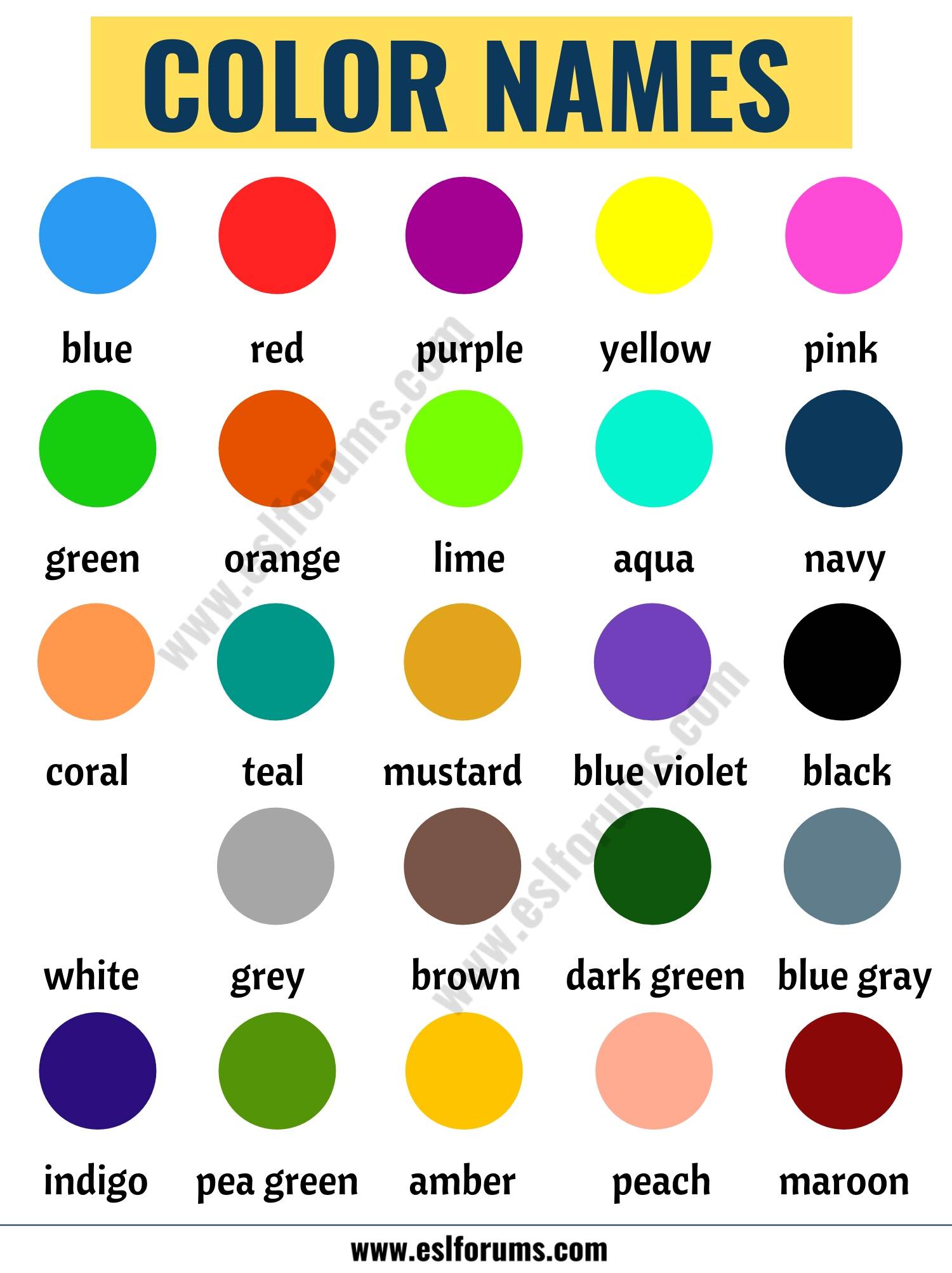 hey im trying to heip my sister on her colors

My colr tomorrow is palette for you .