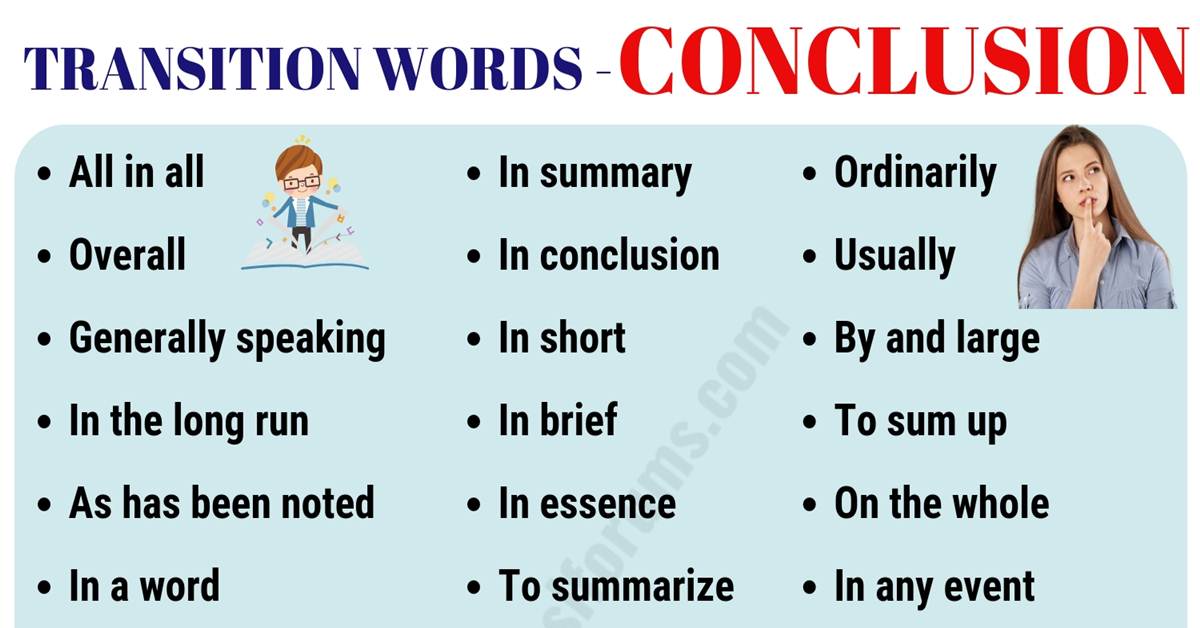 CONCLUSION Transition Words! Following is a list of 31 transition words of conclusion with example sentences in English. They’re really helpful for you to master your writing and speaking skills.

In the final analysis, the only people who will benefit are property owners.

She took it very well, all things considered.

In the long run, it works out more expensive to rent a television than to buy one.

Given these points, it’s clearly time to consider some changes. In the long run, these recommendations will benefit our company.

But there was much evidence of divided counsels on both the Labour and Conservative sides, as has been noted above.

In a word, the whole plan fell through.

He was, for the most part, quite helpful.

The world is but a little place, after all.

Experience is not interesting till it begins to repeat itself, in fact, till it does that, it hardly is experience.

In summary, this was a disappointing performance.

In conclusion, I would like to say how much I have enjoyed myself today.

Try tennis, badminton or windsurfing. In short, anything challenging.

In brief, I have made up my mind to quit the job.

In essence, all computers are the same.

To summarize, the organic compounds found in cells are built up and broken down by enzymes.

On balance, the company has had a successful year.

Altogether, our achievements are very great.

Ordinarily, he didn’t like to go to the movies.

By and large, I enjoyed my time at school.

To sum up, there are three main ways of tackling the problem

On the whole, I’m happy with the way I look.

In any event, the worst that she can do is say ‘no’.

In either case, public spending should increase by the income elasticity of demand.

All in all, I love the summer very much! You should start practising your English from now on.

Obviously, television has both advantages and disadvantages.

Ultimately, the war had to end; it cost too much in both lives and dollars.

Ending a relationship is always hard but in this case, it’s definitely for the best.

As can be seen from the picture the background is the Muda Dam. 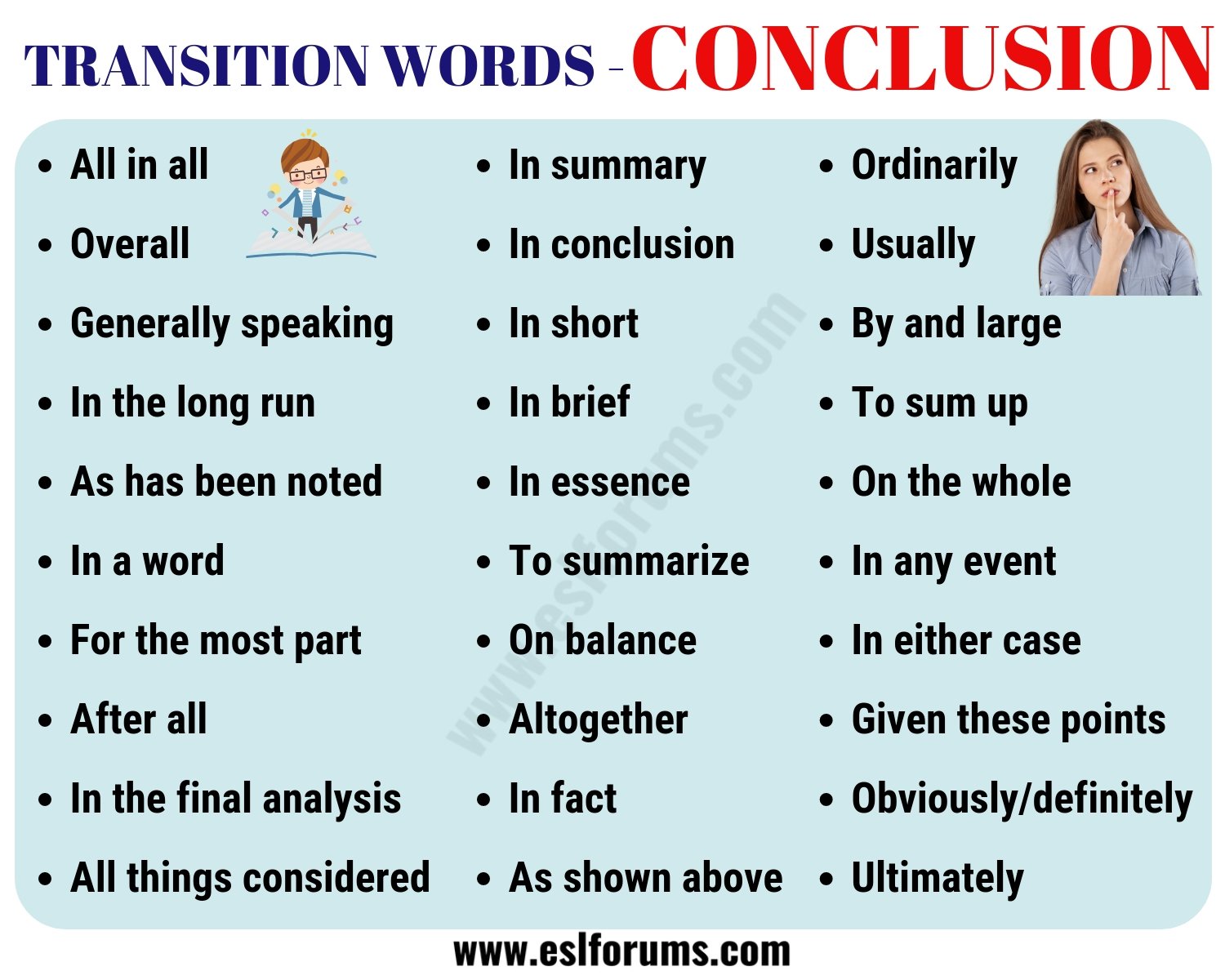 can i get a hoyaaaaaaa 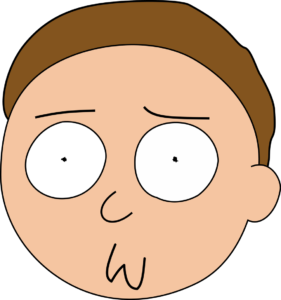 I love to work hard

gug
Reply to  UR MOM