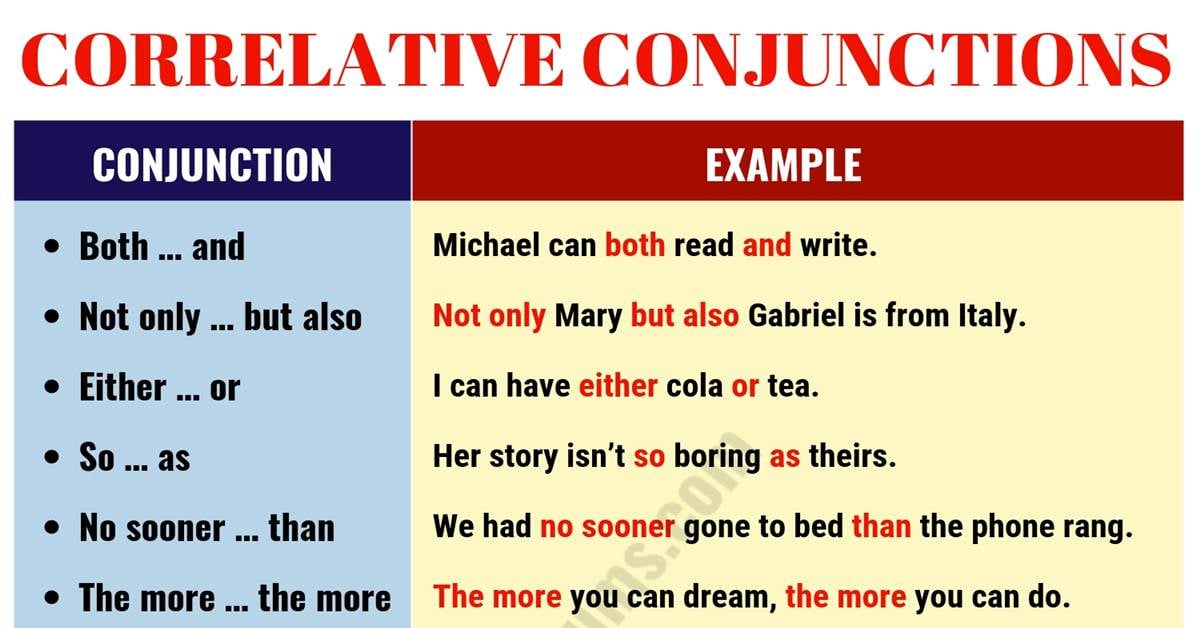 Correlative conjunctions are pairs of joining words that we frequently use to connect two ideas together in a sentence.

Example: Michael can both read and write.

Example: Not only Mary but also Gabriel is from Italy.

Example: I can have either cola or tea.

Example: Her story isn’t so boring as theirs.

Example: We had no sooner gone to bed than the phone rang.

Example: My mother speaks so quickly that nobody understands what she says.

Example: I had hardly closed my eyes when she came.

Example: He is such a smart boy that he passes his math exams successfully.

Example: Neither George nor his brother is very tall.

Example: He must do it, whether he likes it or not.

Example: He’s not singing as loudly as he can.

Example: I would rather go out than stay at home today.

Example: Scarcely had I gone to bed when the doorbell rang. 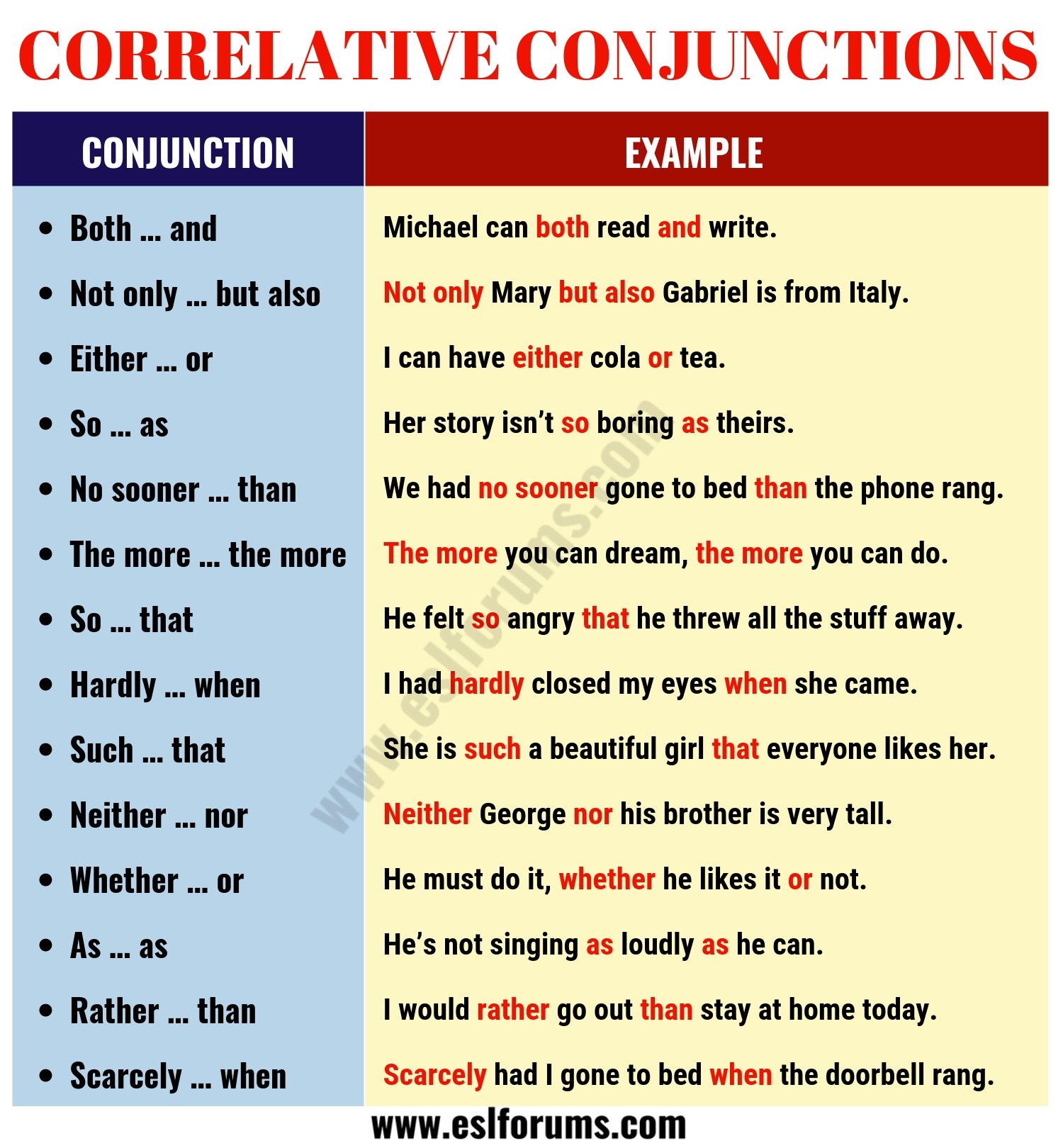 What is near a conjution?