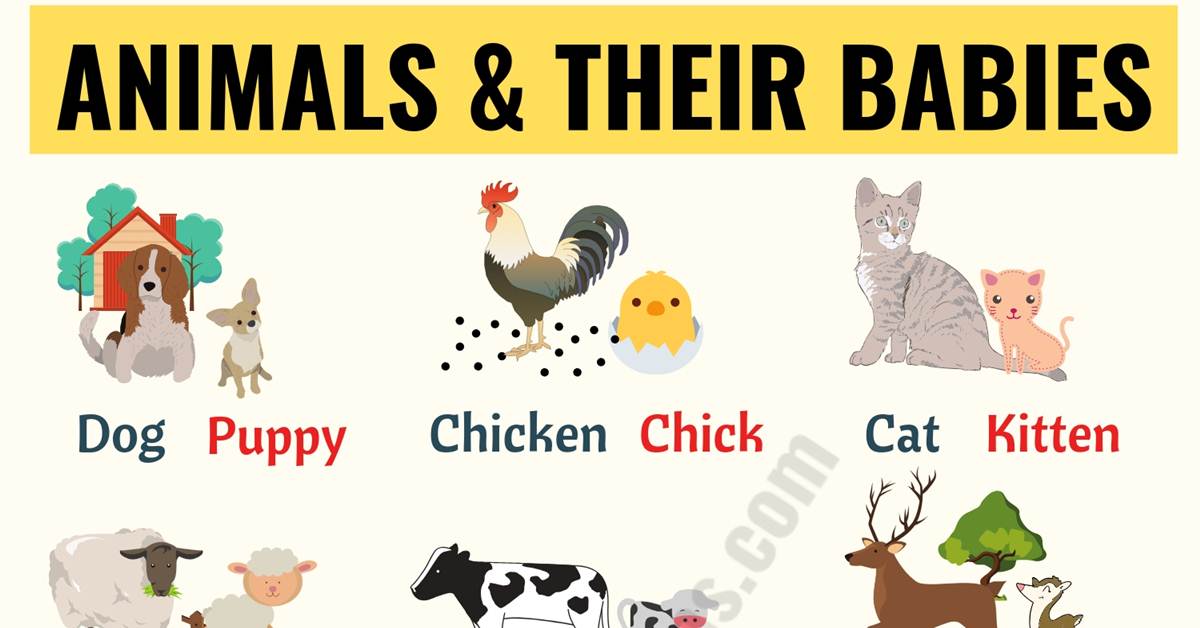 Baby Animals! In this lesson, you will learn a list of popular animals and their babies with pictures. Hope you have fun! 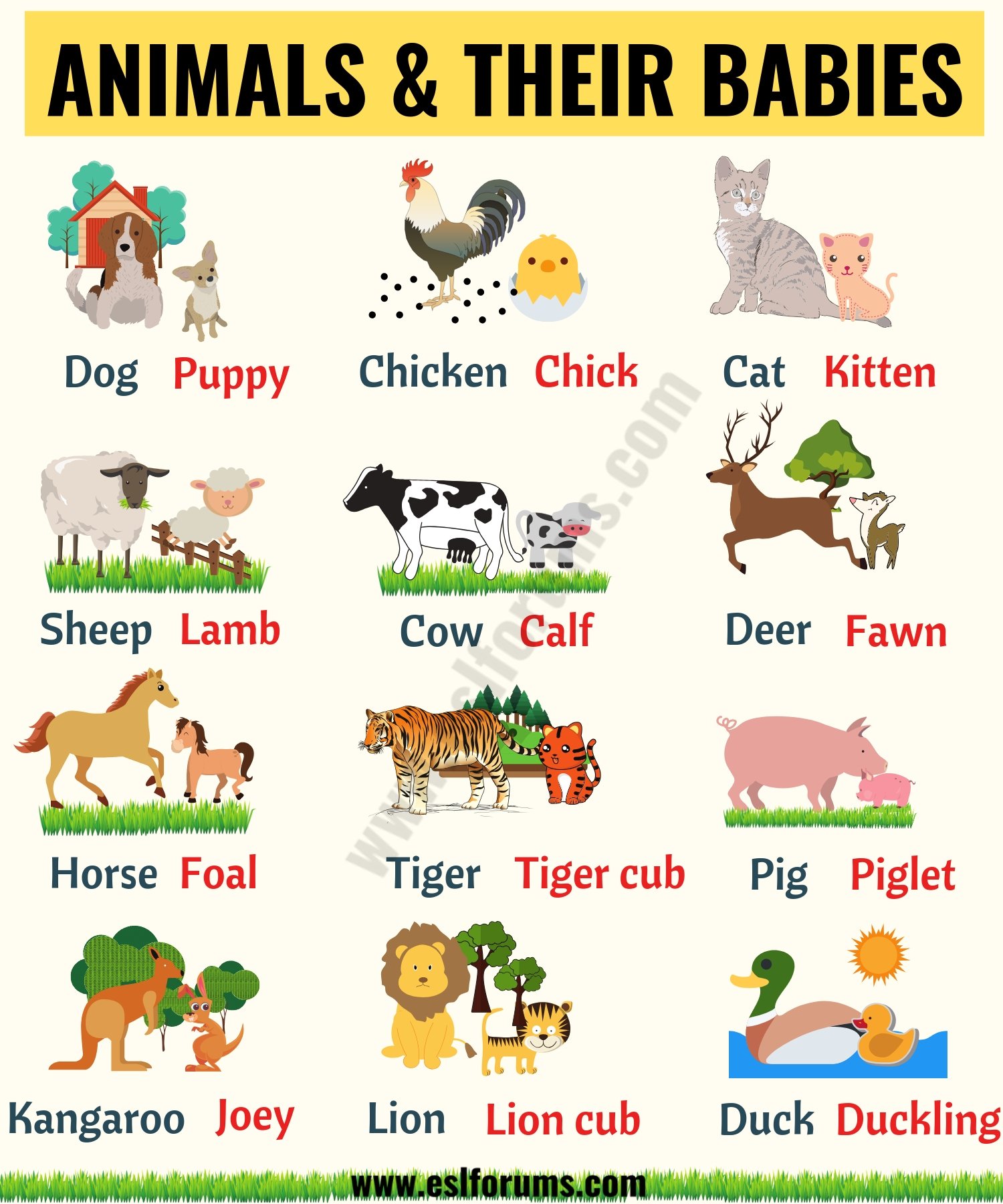 A baby rabbit is not called a bunny. It is officially called a kit. The term bunny is an informal term for all young rabbits, regardless of species. Older rabbits are called ‘coney’, but that term is not as well known. Cheers.

so many wrong here.