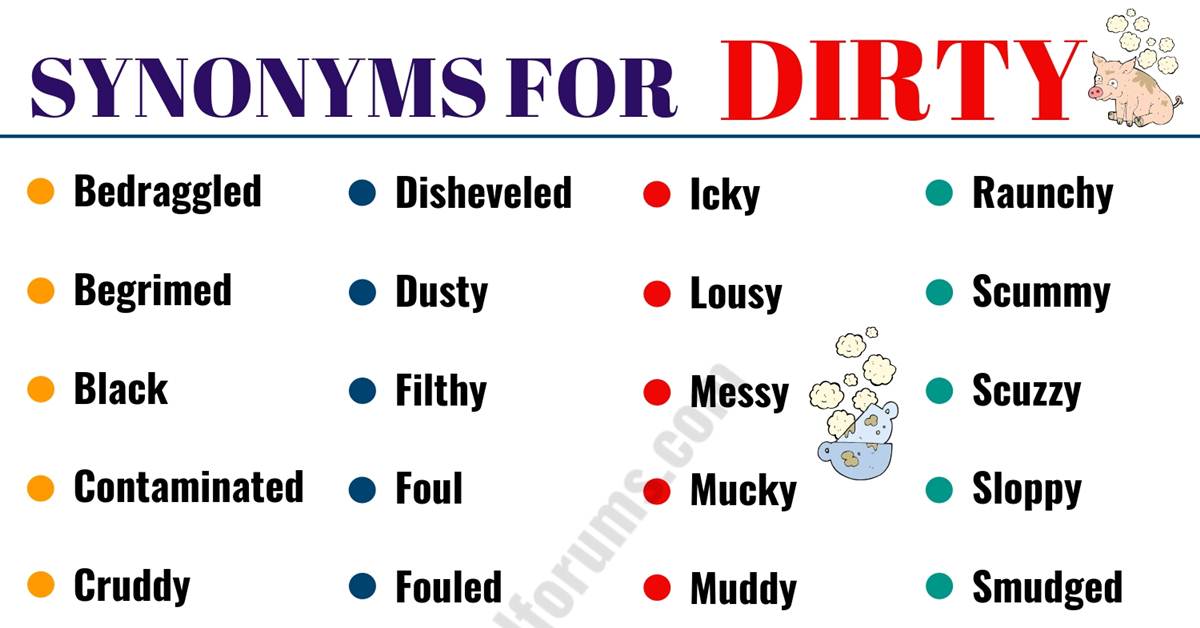 DIRTY Synonym! Following is a list of 39 synonyms for DIRTY in English. Besides, the lesson also provides example sentences to help you know how to use those synonyms in sentences.

Synonyms for DIRTY with example sentences.

She was all cold and bedraggled after falling into the river.

His hands were begrimed with oil and dirt.

I hope these black marks will clean off.

Have any fish been contaminated in the Arctic Ocean?

It gets the cruddiest work clothes clean.

We were staying in this really crummy hotel.

The animals defiled the water.

The news had thrown his plans into disarray.

Even though Bruce was brilliant, he was known for his tardiness, his dishabille, and the fact he never showered.

His suit was disheveled, his shoes caked with mud; his hands moved abstractly before him.

Adrian cycled along the dusty road.

He never washed, and always wore a filthy old jacket.

He woke up with a foul taste in his mouth.

The seashore is fouled up with oil from the wrecked ship.

The sink was piled high with greasy dishes.

Her face was grimy, swollen from tears and smeared with food.

Don’t wipe your grubby hands on my clean towel!

Get your grungy feet off the table!

She could feel something icky on her fingers.

Will you spend the rest of the day feeling lousy?

Sorry the place is so messy, I haven’t had time to clear up.

Don’t come in here with those mucky boots on.

Her boots were muddy and her hair was dripping .

The river was brown and murky after the storm.

This coffee has a nasty taste.

Polluted water sources are a hazard to wildlife.

The show was quite raunchy.

It was absolutely filthy, horrible and scuzzy, with disgusting stains on the floor.

The dinner was served in a slovenly manner.

The mirror was smudged with fingerprints.

Oil was spattered on the floor.

He spotted the carpet with his muddy boots.

His clothing was stained with mud.

Her reputation is sullied by crimes.

The children were unwashed and unkempt. 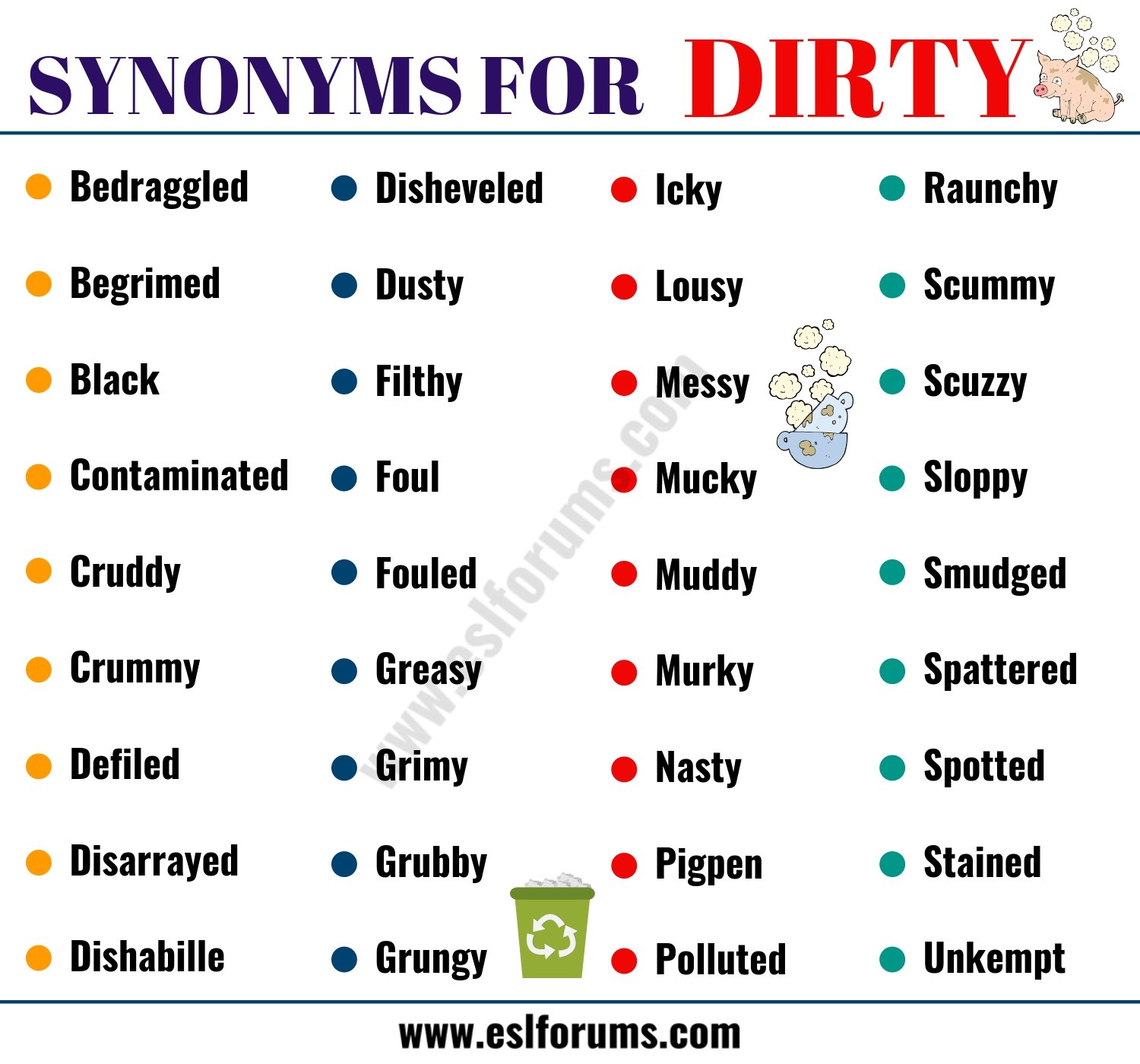 “Dishabille”, really? I love that you guys make up these great lists but you really need a proofreader or, at the very least, a fact checker. There’d hardly be a single native English speaker that would know this word let alone use it. It’s far too old a term to warrant listing, or be learnt and used by ESL students.