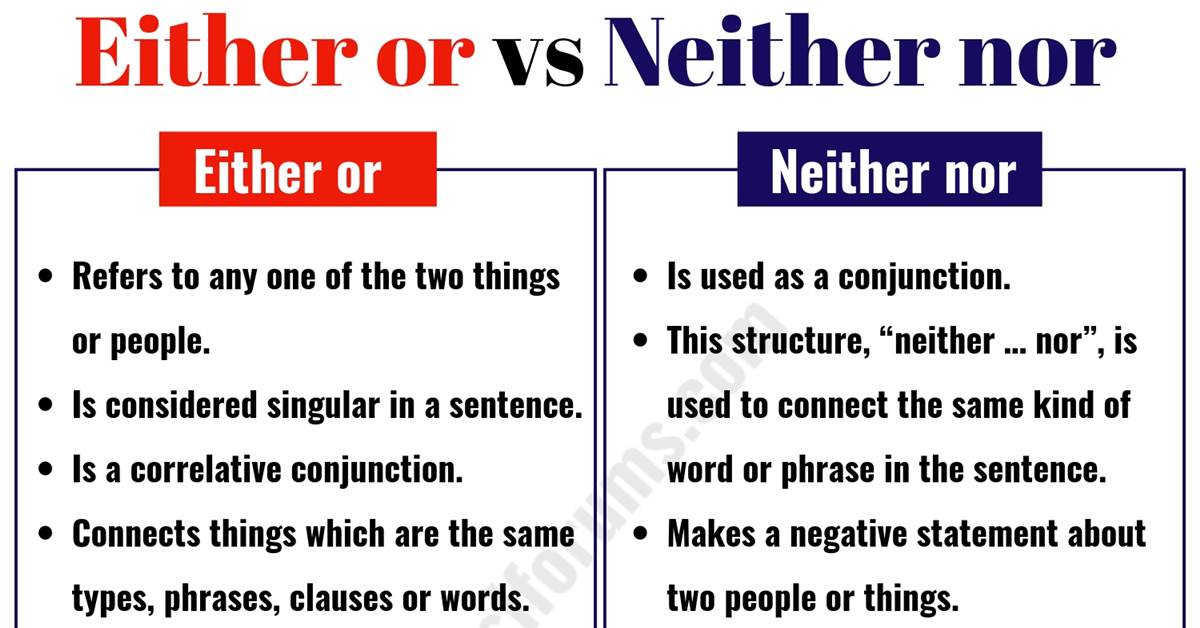 “Either or” vs “Neither nor”

Either or vs Neither nor | Infographic 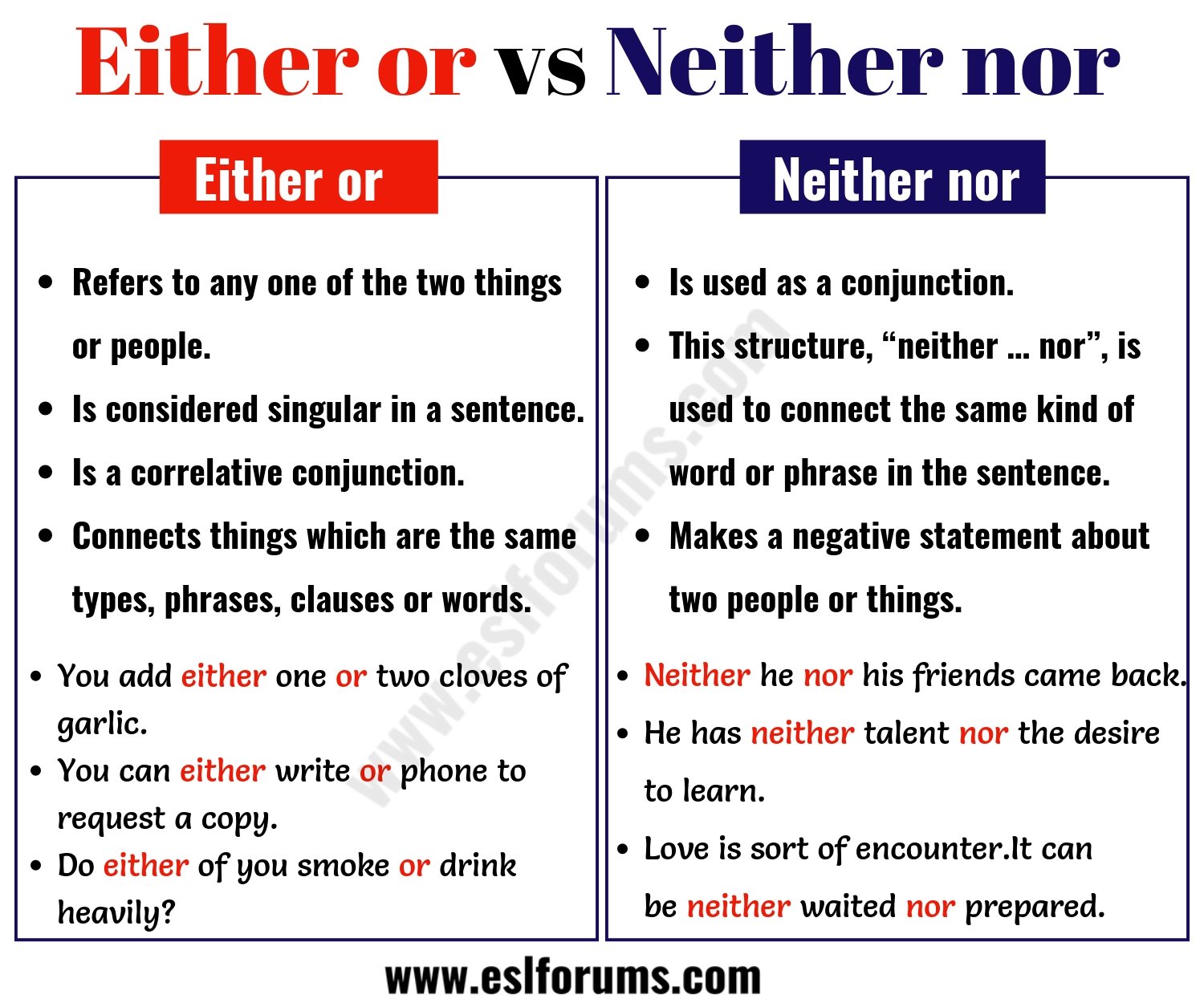 “‘Either is always considered singular in a sentence.”

“Do either of you smoke or drink heavily?”

Also, the comma goes inside the close quote:

This structure, “neither/nor”, is used to connect the same kind of word or phrase in the sentence.