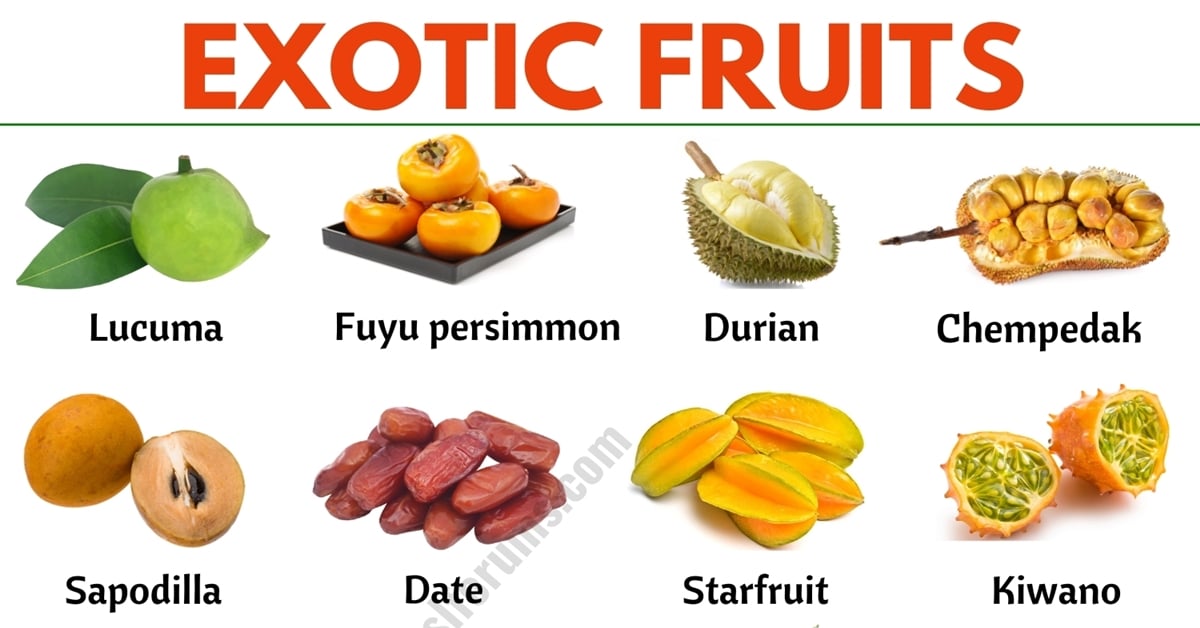 Exotic Fruits! In this lesson, you will learn a list of exotic fruits in English with ESL picture and example sentences to help you enhance your vocabulary words.

Learn the names of exotic fruits in English with example sentences.

Pouteria lucuma is a species of tree in the family Sapotaceae, cultivated for its fruit, the lúcuma.

Fuyu persimmons, botanically known as part of Diospyros kaki, are an Asian variety of persimmon.

Say with your heart durian is difficult to eat?

Artocarpus integer, commonly known as chempedak or cempedak, is a species of tree in the family Moraceae in the same genus as breadfruit and jackfruit.

Sapodilla is a kind of versatile tropical fruit tree and has great value in development and utilization.

Decorate with a slice of starfruit and kiwi.

The atemoya, Annona × cherimoya, or Annona squamosa × Annona cherimola is a hybrid of two fruits – the sugar-apple and the cherimoya – which are both native to the American tropics.

Diospyros nigra, the black sapote, is a species of persimmon.

I nutritious can be an appetizer. eating dragon fruit that’s all.

Figs are a unique fruit resembling a teardrop.

He was as green as a gooseberry.

The taste is somewhere between a guava and a grape.

Decorate with a slice of starfruit and kiwi.

Numerous lichee, longan, waxberry trees are planted all over the hills surrounding the campus.

Lychee is a tropical fruit from southeast China.

There was a mango tree in Mr Smith’s yard.

The feijoa grows easily from seed, but the seedlings are not always true to type.

Among hardiest of cherimoya, does well in most present growing areas.

Calamansi, also known as calamondin, is an economically important citrus hybrid predominantly cultivated in the Philippines.

They planted orange and loquat and peach and plum trees on the bank of the stream.

The rose apple is occasionally cultivated in the tropics but is rarely available in markets.

Salak (Salacca zalacca) is a species of the palm tree (family Arecaceae) native to Java and Sumatra in Indonesia.

Santol fruit, botanically classified as Sandoricum koetjape, is one of two edible fruits found in the Meliaceae, or Mahogany family.

Cherimoya, or custard apple, is a deciduous plant found in the high lying mountainous areas of South America.

The Yangmei is an evergreen plant which produces delicious round fruits of a purple colour.

Heading up an orange-dirt trail, she passes prickly pear cactus and yucca.

Breadfruit has the same texture as bread.

Water apples are not actually apples—they are a species of tropical fruit with the botanical name Syzygium aqueum.

The miracle fruit contains a natural protein, called miraculin, which has sugar molecules that bind to the tongue, she said.

Citrus australasica, the Australian finger lime or caviar lime, is a thorny understorey shrub or small tree of lowland subtropical rainforest and rainforest in the coastal border region of Queensland and New South Wales, Australia.

Though it looks like a lemon gone wild, the Buddha’s hand is actually a distinct fruit in the citron family.

Soursop is the fruit of Annona muricata, a broadleaf, flowering, evergreen tree.

We went for frozen yoghurt and papaya shakes across the street, at a health-food restaurant.

The star apple tree is a tropical or near-tropical species ranging only up to 1,400 ft (425 m) elevation in Jamaica.

The jambolan is fast-growing, reaching full size in 40 years. 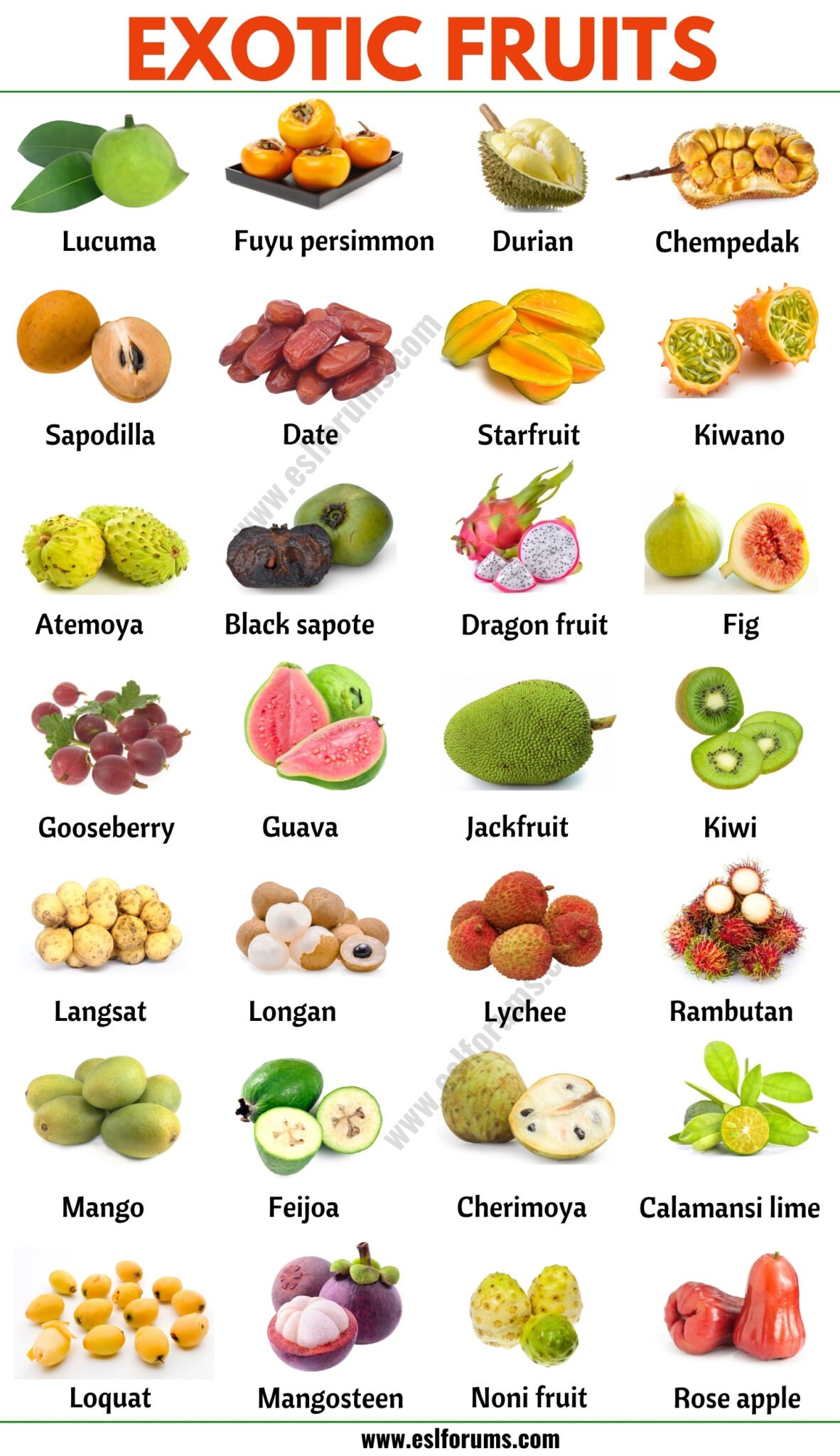 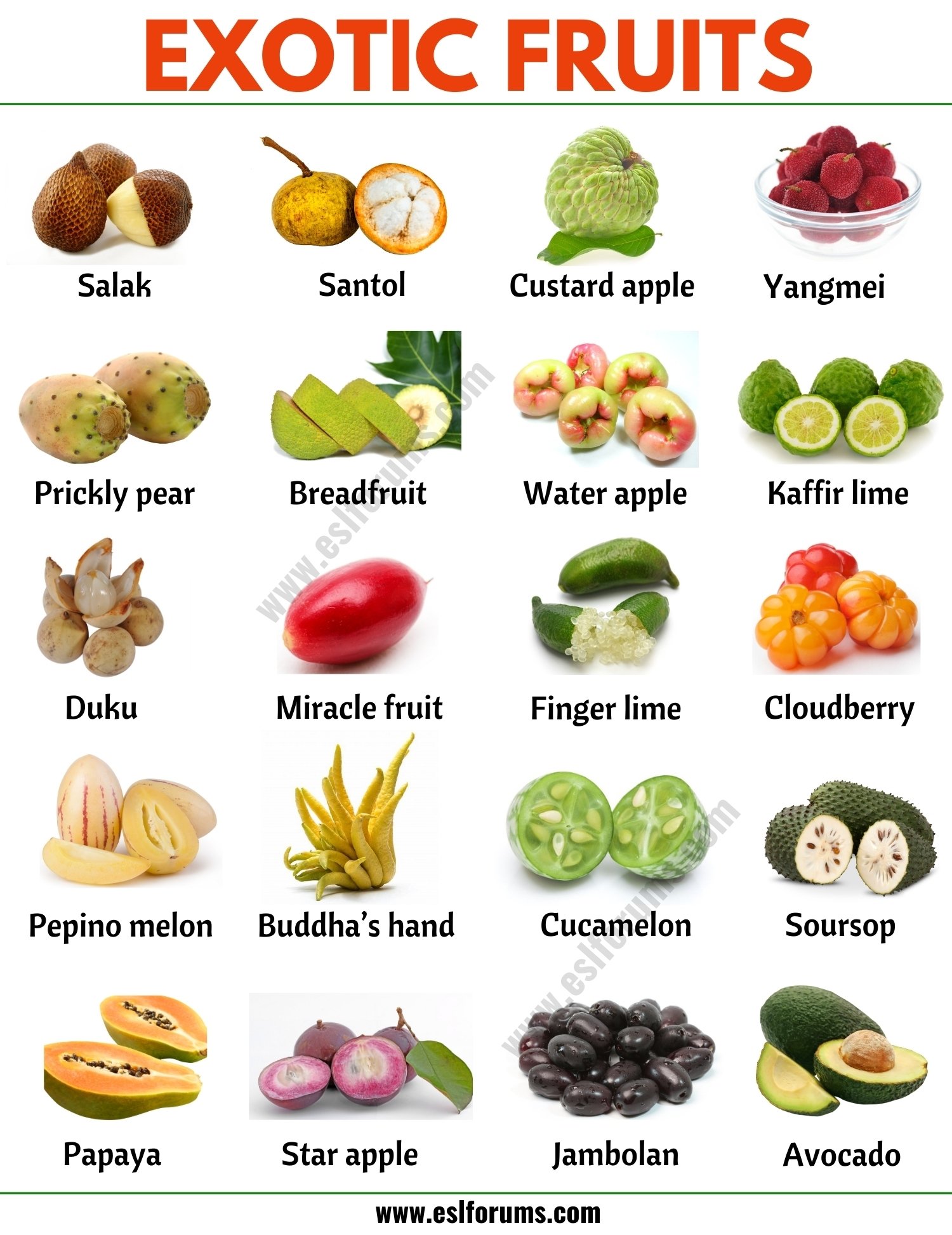 I am mesmerized with the variety of fruits, some I never heard of. I would like to know whether there is a possibility of acquiring seeds or plants from you. I live on the island Nation of Malta , in Europe.