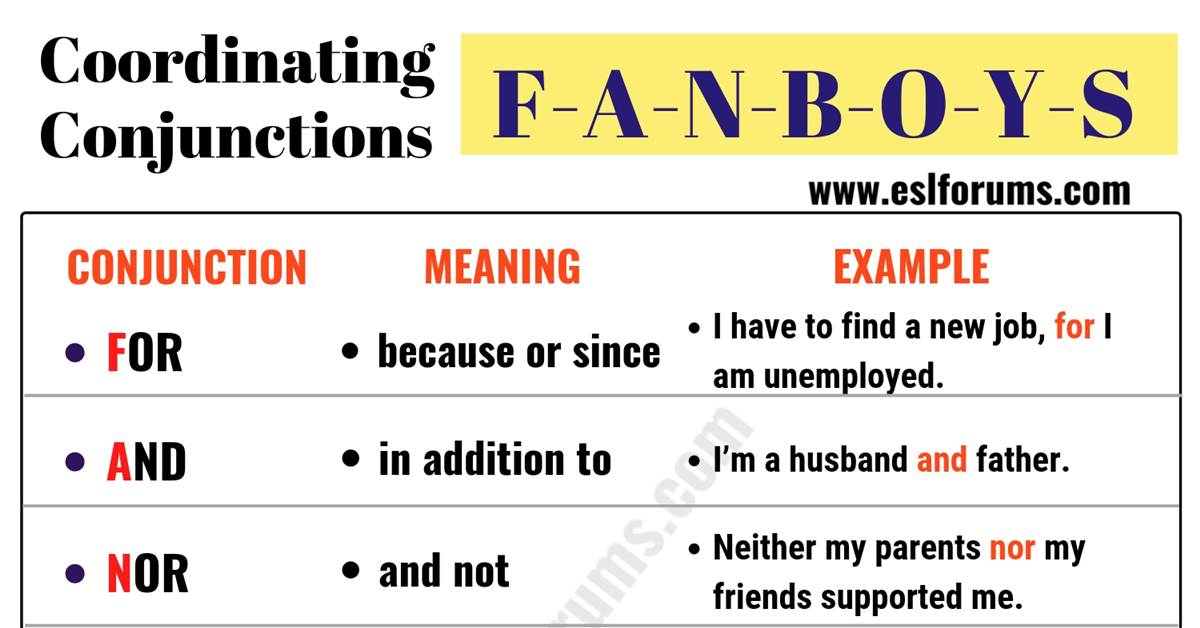 The meaning of FOR is because or since. For as a conjunction is used to explain reason or purpose. (like “because” or ”since”)

One of the most used words in English is ‘AND‘. It can be shortened by “&” sign in English. It means in addition to. And is used to connect words, phrases, or clauses that have the same grammatical function in a construction.

It means and not. NOR is used before the second or last of a set of negative possibilities, usually after “neither”.

The meaning of BUT is however. It is used to show a disagreement between clauses, or to connect ideas that contrast.

Also BUT means “except” when it is used after words such as all, everything/nothing, everyone/no one, everybody/nobody.

It means either. OR is used to connect different possibilities.

It means but. YET is used to introduce a contrasting idea that follows the preceding idea logically.

It means therefore, for that reason. SO means with the result or consequence of something. 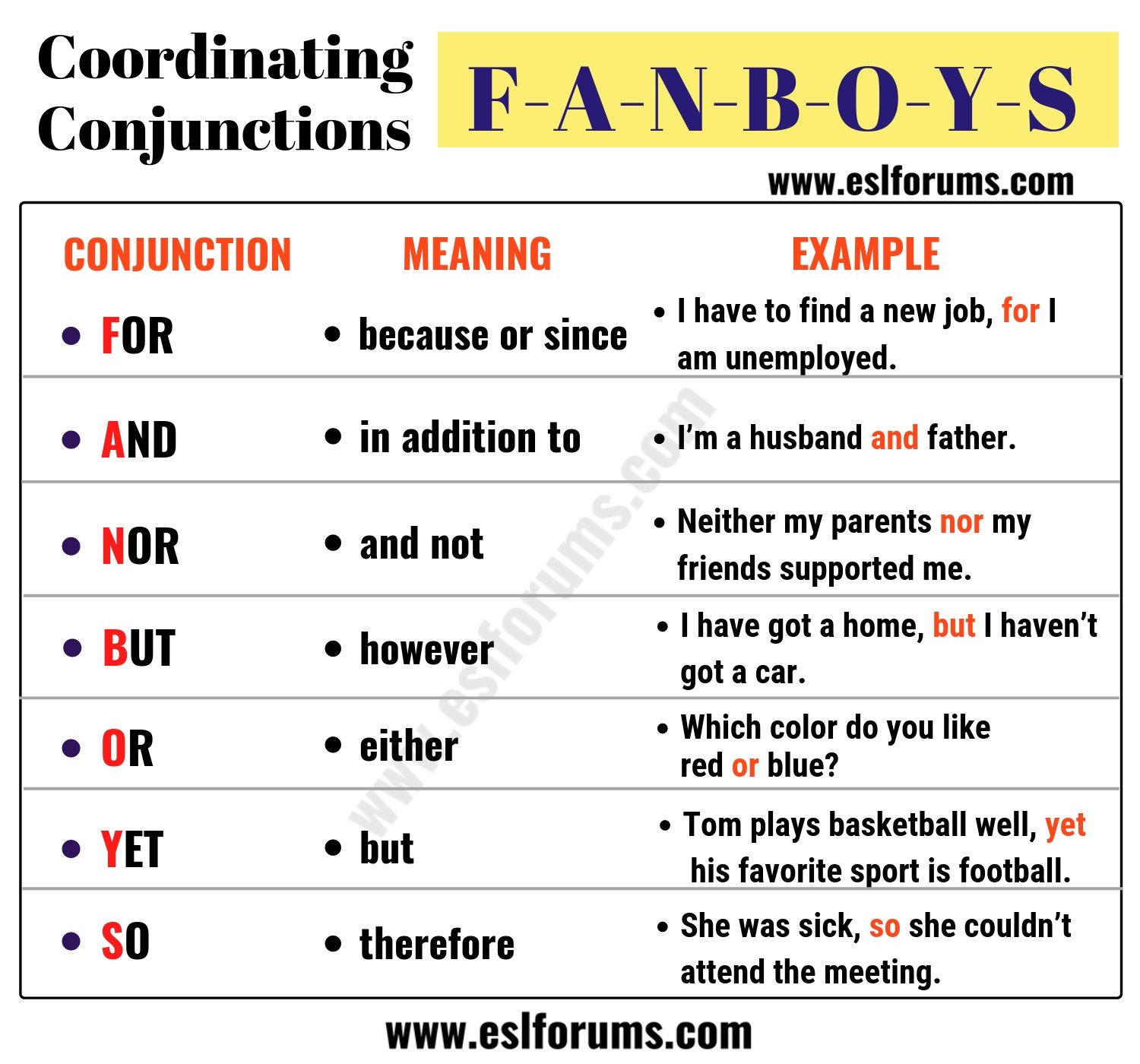 People need to stop using “have got.” It’s poor English.

It’s not that bad for example, ‘I have got a missed call’.