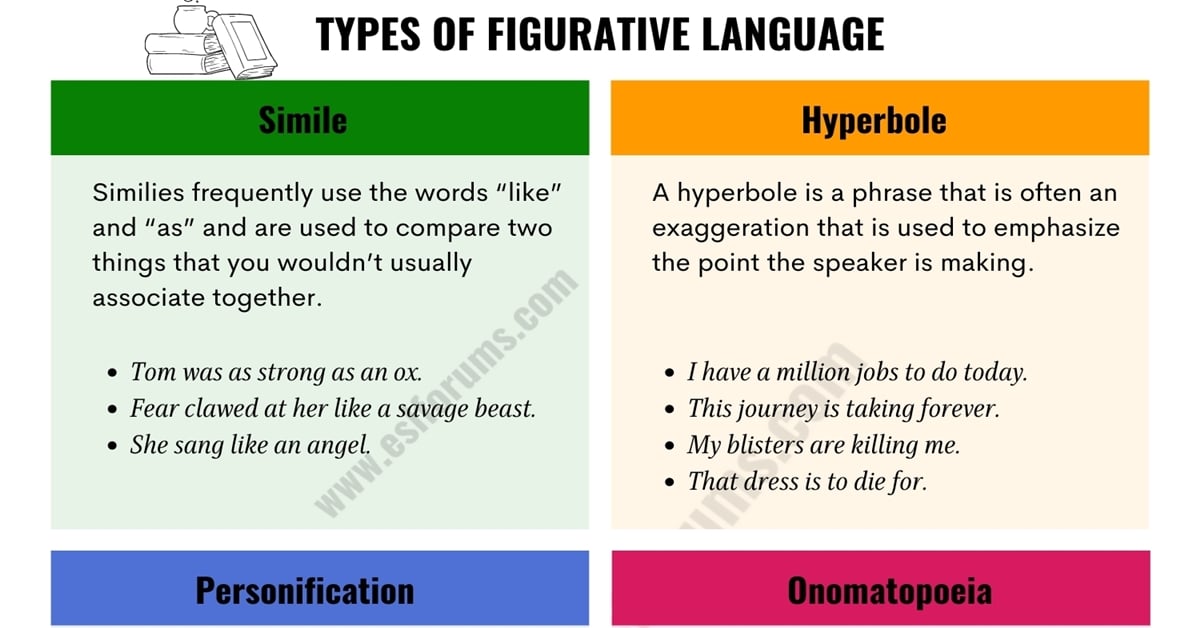 We use words every day to describe places, people, or situations, and although we use various different words and phrases to convey our meanings, there is nothing quite so descriptive or imaginative as figurative language.

What Is Figurative Language?

Words and phrases that go further than their literal meaning in order to explain something or to convey the point that the speaker or writer is trying to make are known as figurative language and it is often used for a particularly dramatic effect. Figurative language is often used in stories to make them more interesting and dramatic for the reader.

There are a number of different types of figurative language and they are all used differently. However, there are five main types and they are:

Similies frequently use the words “like” and “as” and are used to compare two things that you wouldn’t usually associate together.

Metaphors are easily confused with similes as on the surface they appear to do the same thing and compare two things that are not usually alike. However, the main difference between the two is that a metaphor doesn’t use the words “like” or “as”, but makes a direct connection between the two things.

A hyperbole is a phrase that is often an exaggeration that is used to emphasize the point the speaker is making. The word “hyperbole” actually originates from the Greek word for “excess”. Hyperbole is usually so exaggerated that there is never any fear of the listener or reader actually believing that it is true, but it is used as an emphasis and, particularly in writing, to add a creative flair.

Personification is when words are used to give human characteristics to something that would not usually have them and it is used as a way to aid the reader’s imagination and make writing more interesting. 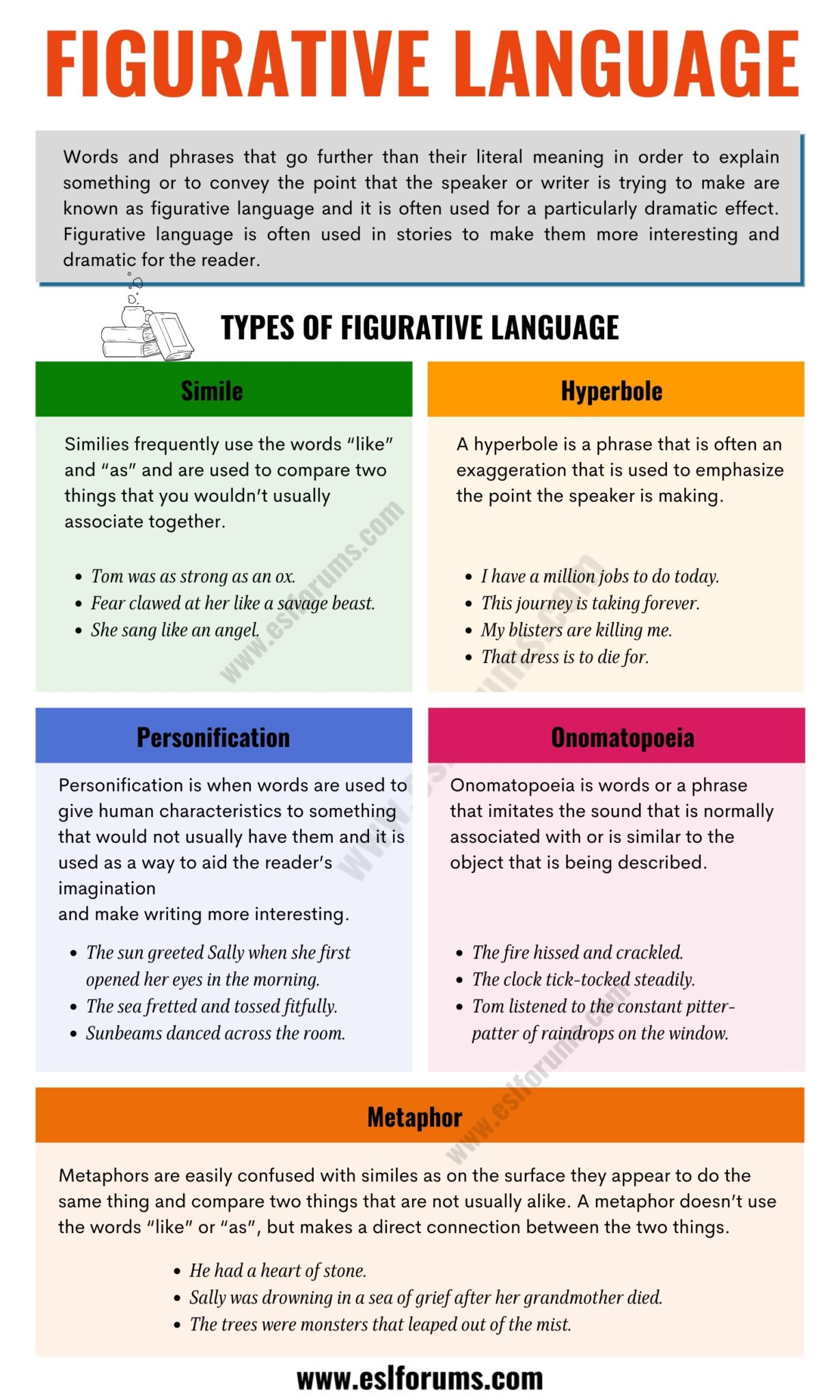 bro ski i am trying to learn here 🫣