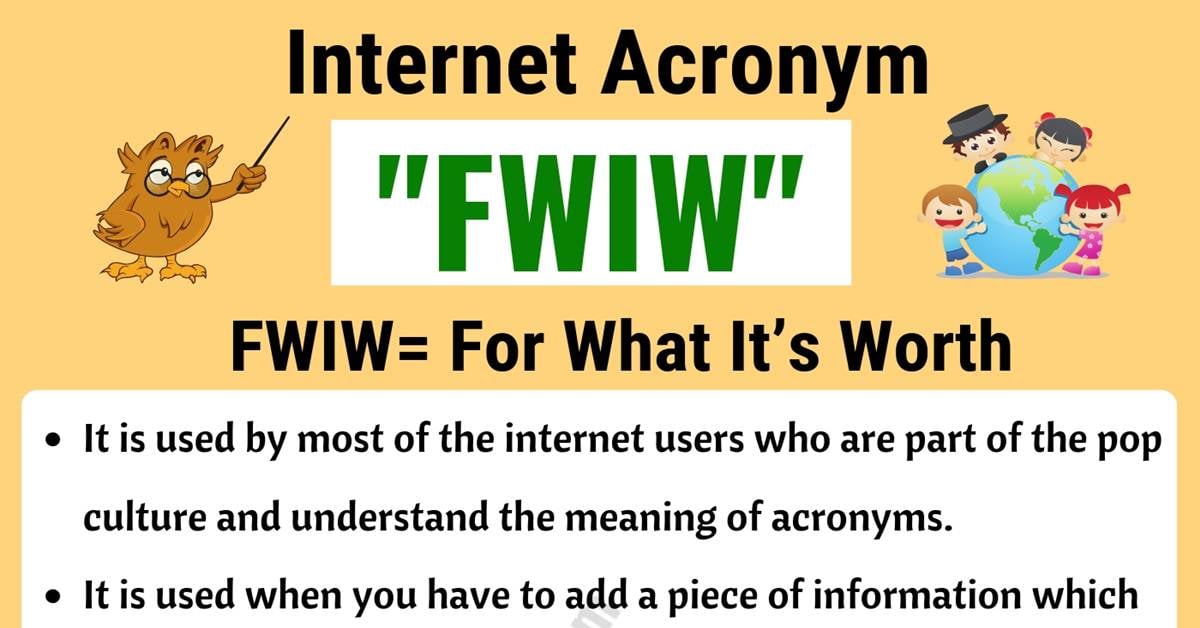 FWIW! Do you know what FWIW stand for? In this lesson, you will learn the meaning of FWIW and how to use it in sentences.

What does FWIW stand for?

FWIW stands for “For What It’s Worth”

Similar words that can be used here are “IMO,” in my opinion, and “IMHO,” in my humble opinion.”

Other Meaning of FWIW 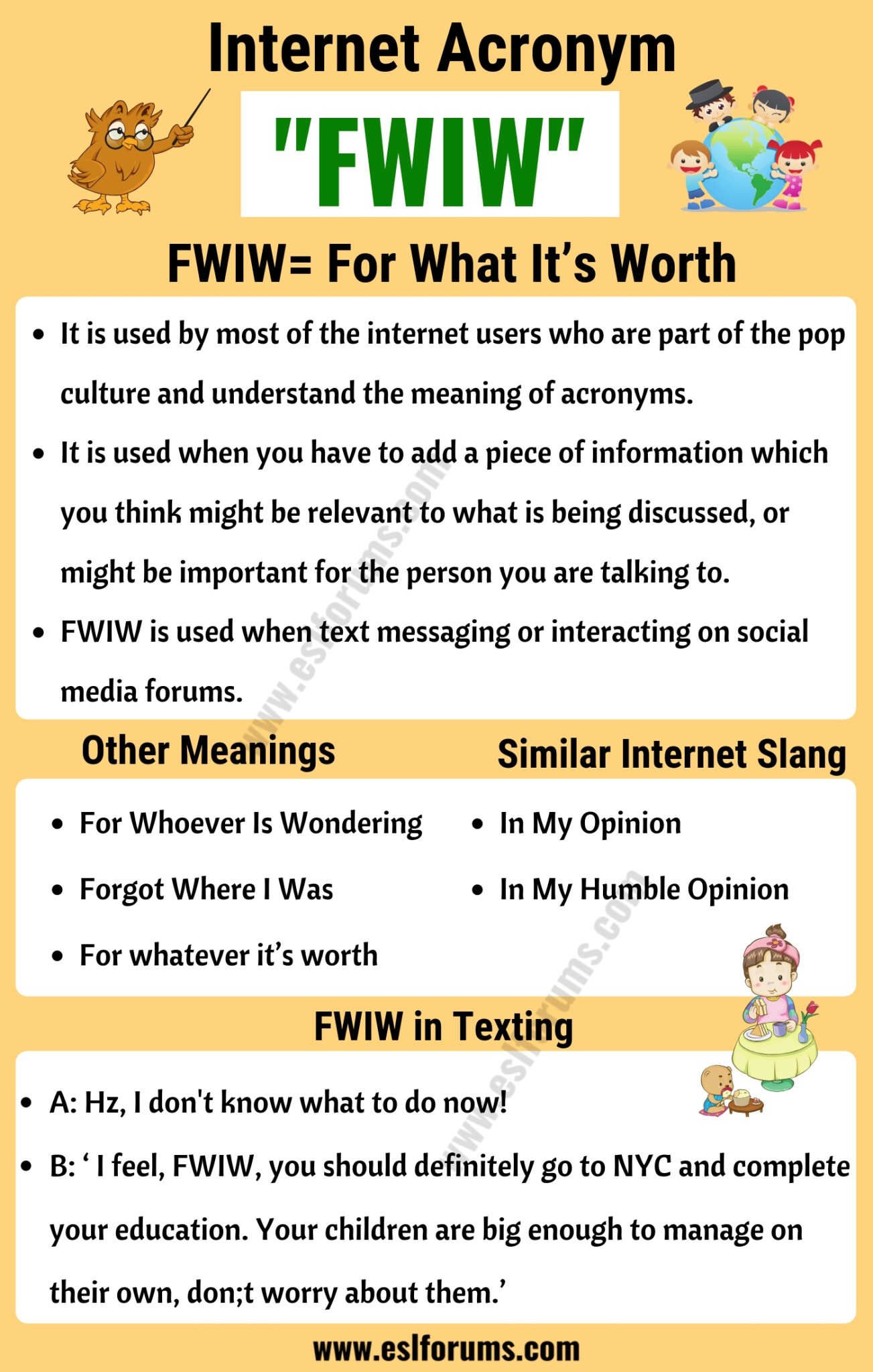