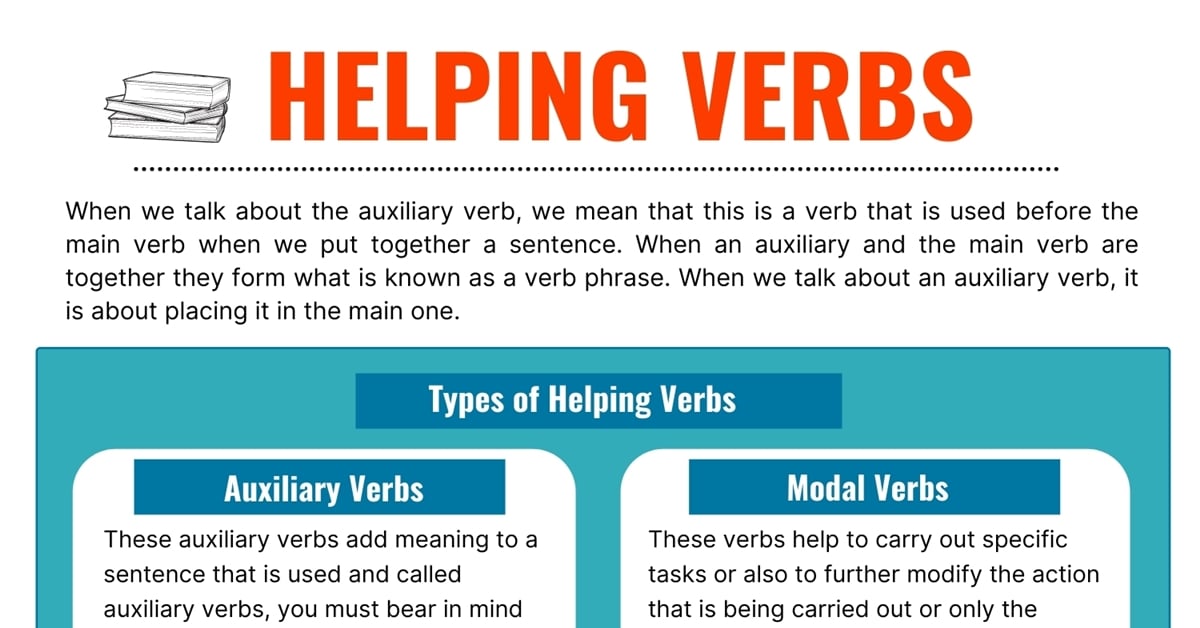 In this article, we are going to take a look at the definition, types, and example sentences of helping verbs in English grammar.

What Is A Helping Verb?

“Gaby can ride her brother’s bike”

The negative word is not going to come between the auxiliary verb “does” and the main verb “wants”.

These auxiliary verbs add meaning to a sentence that is used and called auxiliary verbs, you must bear in mind that the terms auxiliary verb and the helping verb are usually interchangeable. These are normally used when we want to express or emphasize something, common auxiliary verbs have many forms:

These verbs help to carry out specific tasks or also to further modify the action that is being carried out or only the meaning of the main verb, they also help to show some obligation, possibility, or need in the sentence, some of them are:

These different auxiliary verbs are used for different actions in sentences, one of the main objectives of this auxiliary verb is to place an action in the sentence in some particular aspect of time, these two main aspects have a role in auxiliary verb issues and we talk of the progressive aspect and the perfect one.

When the main verb of any sentence ends in -ing, the progressive aspect must be used. We use this aspect when we want to convey the notion that the action is occurring continuously.

Here we leave you some sentences with examples of helping verbs, taking into account the aforementioned: 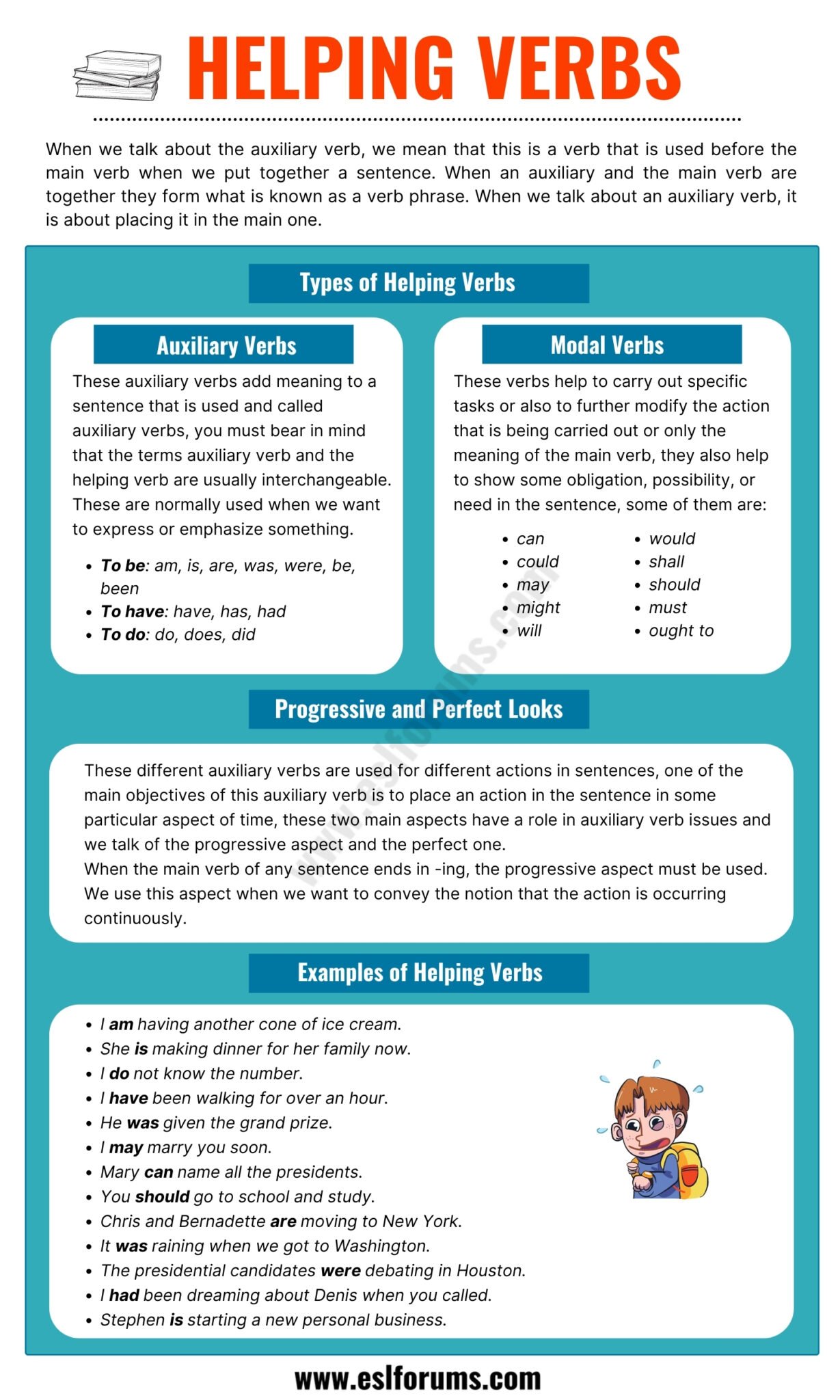 Hi Sir,
I have created some videos for you, that totally free, kindly get in touch with me. I wanna show you the videos.

The best out there, bar none