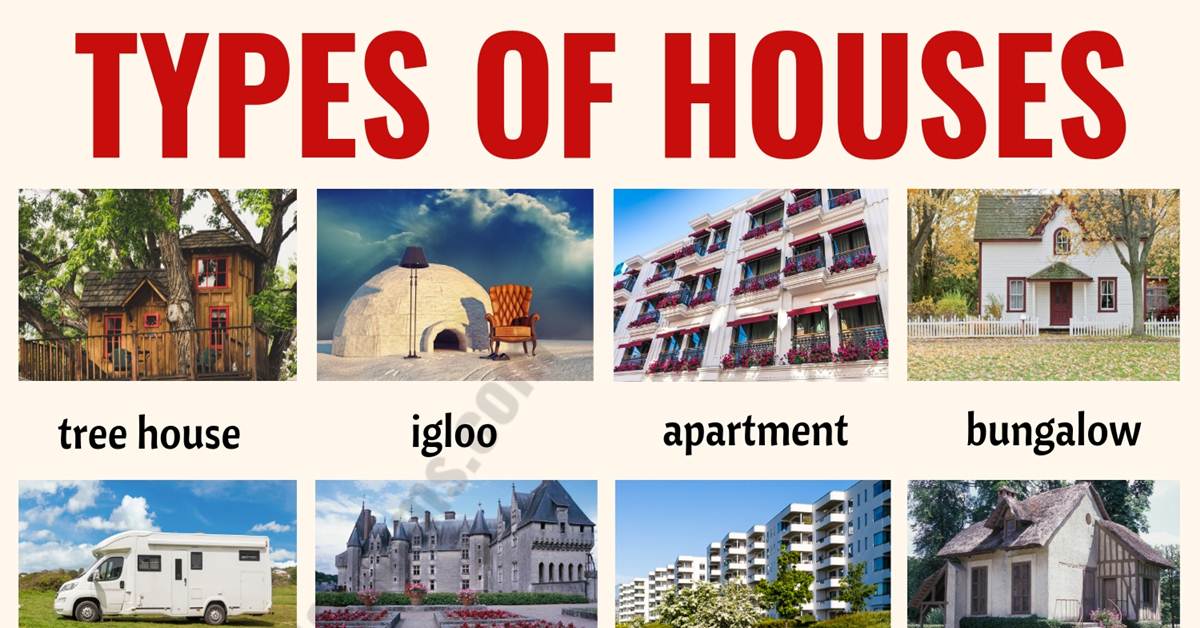 House Styles! In this lesson, you will learn a list of different types of houses with ESL pictures and example sentences to expand your vocabulary.

A semi–detached house is a single family dwelling house that shares one common wall with the next house.

The mansion had an atmosphere of genteel elegance and decay.

We sold the business and bought a villa in Spain with the proceeds.

The tree house was taken down. I know all about keeping the faith and not sneaking.

May you have warmth in your igloo, oil in your lamp, and peace in your heart.

here’s a nine – storey apartment building next to the bank.

A bungalow does not have an upstairs.

With a caravan, you can stop at your own convenience; you’re not dependent on hotels.

The castle was enlarged considerably in the fifteenth century.

They rent out their condominium to skiers during the winter.

The very compactness of the cottage made it all the more snug and appealing.

The students have barricaded themselves into their dormitory building.

She knew a couple of friends elsewhere who lived together under the pretense of sharing an apartment or duplex.

The farmhouse is remote from any other buildings.

The hotel has a special offer of five nights for the price of three.

I think you really live in a houseboat with the seasons more than up the hill.

He lived in a small, tumbledown hut.

A lighthouse was flashing in the distance.

They lived in a little log cabin in the mountains.

The builder of the manor house is a direct ancestor of the present owner.

There’s a motel a mile or so down the road .

When built, the palace and its grounds were more extensive than the city itself.

They lived in a one-room shack.

From the top of the skyscraper the cars below us looked like insects.

Outside the tent I could hear the constant drone of insects.

Do they live in a poop house? 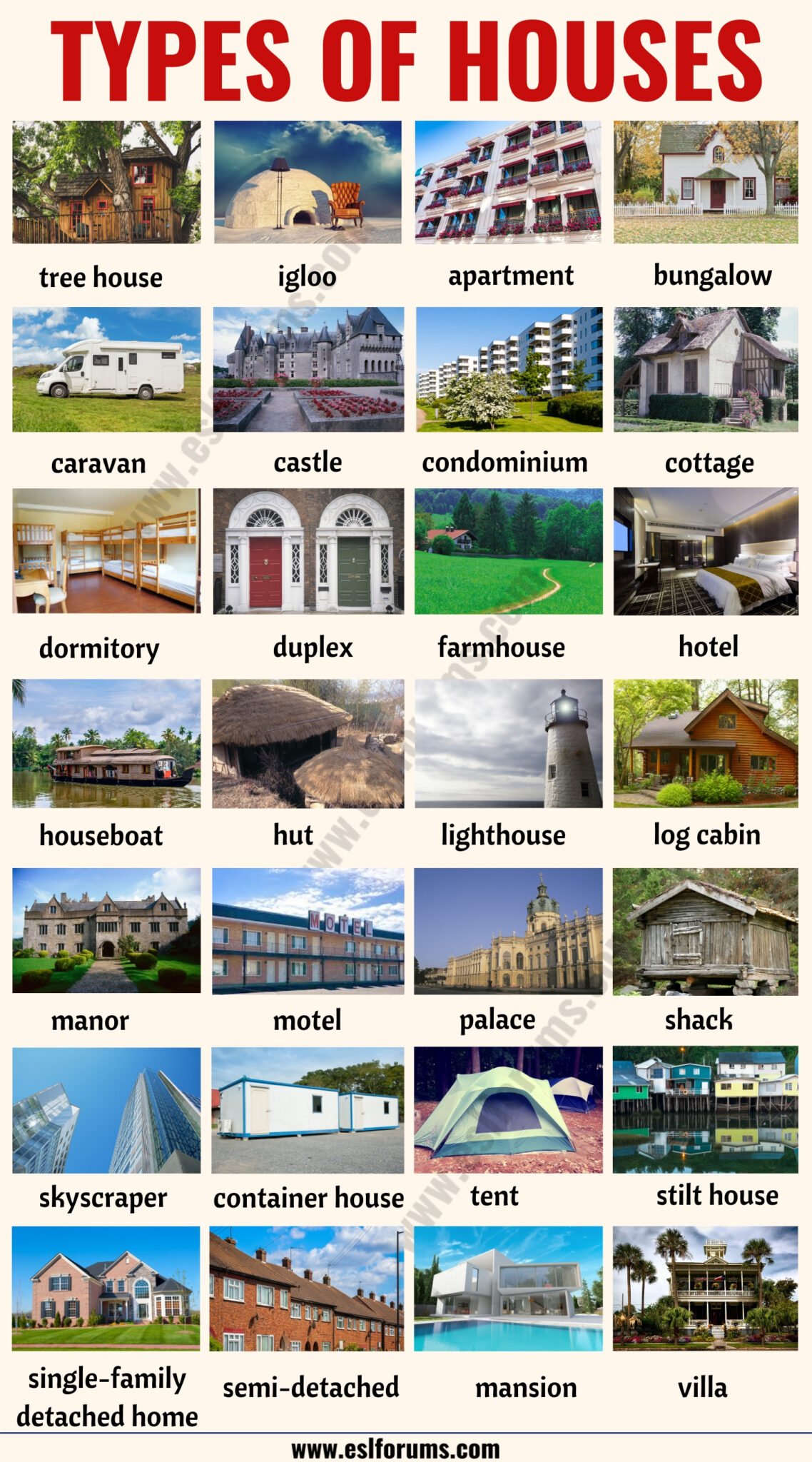 I am looking forward a poster of different structures for my classroom. Can I order your poster?