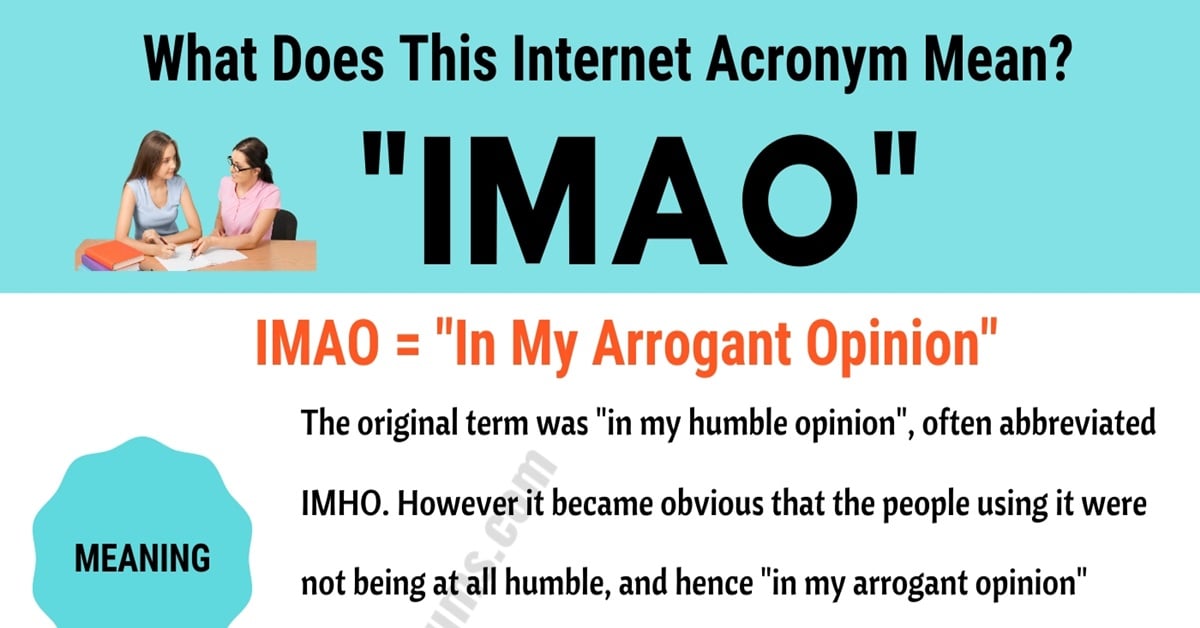 What does IMAO mean? Have you ever heard the term “IMAO ”? In this lesson, you will find the phrase that the slang acronym “IMAO ” most likely stands for with other meanings and conversation examples in English to help you learn how to use the acronym correctly.

What Does IMAO Mean?

IMAO stands for “In My Arrogant Opinion”. It is used when you mean the opposite using irony.

The original term was “in my humble opinion”, often abbreviated IMHO. I remember it appearing on the early Internet, especially in Usenet discussion groups. It often got used in flames war to try to reduce the impact of dogmatic opinions. However it became obvious that the people using it were not being at all humble, and hence “in my arrogant opinion” (IMAO) started to be used in the reaction. Its usage is partly a self-deprecating joke, and partly to acknowledge that the opinion is indeed arrogant.

Other Ways to Say “IMAO” 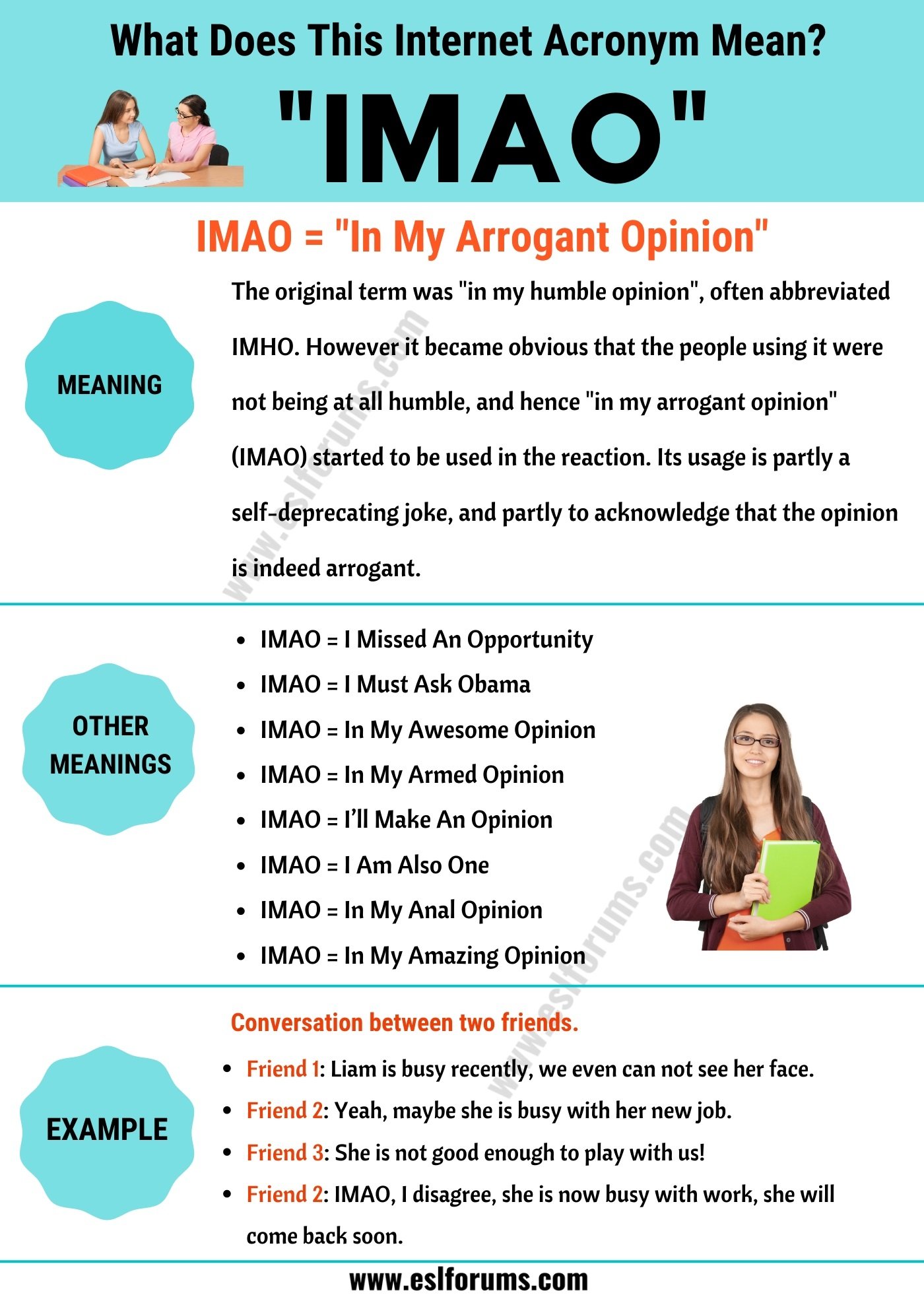 I love your thoughts

NOOBIE
Reply to  Just Me

um.. it’s not imao its Lmao for Laugh My Ass Off

IMAO, they are different things