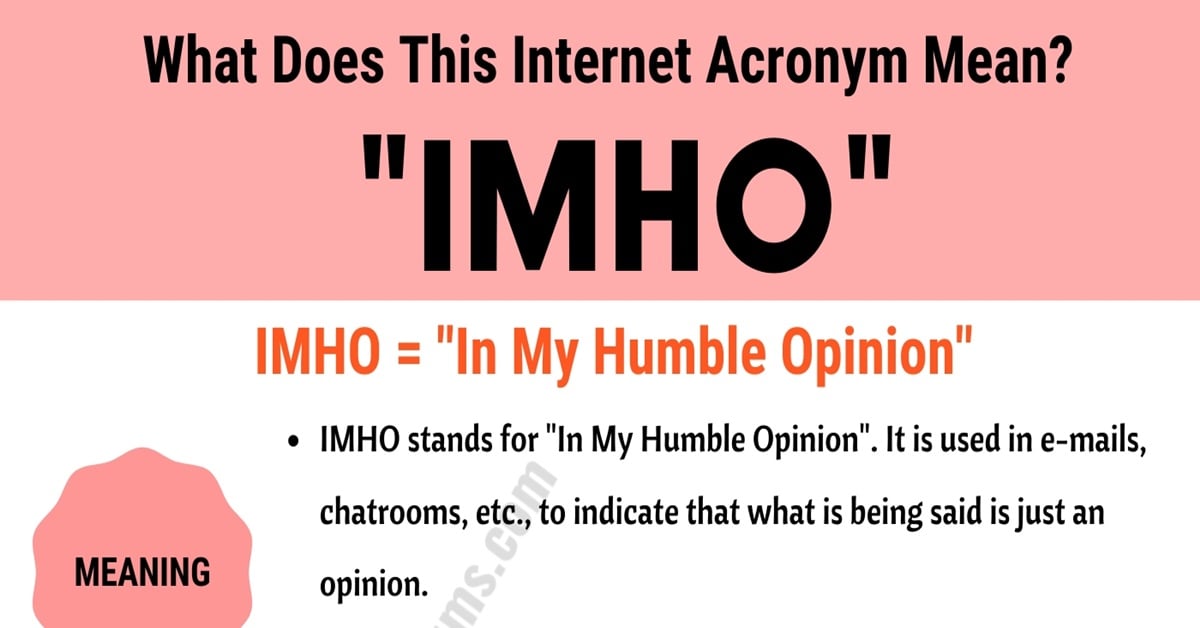 What Does IMHO Mean?

IMHO stands for “In My Humble Opinion”. It is used in e-mails, chatrooms, etc., to indicate that what is being said is just an opinion.

Though some mistakenly believe IMHO may stand for in my honest opinion, we know that the correct phrase is in my humble opinion because the phrase existed before the coining of the acronym.

Dating at least to the turn of the nineteenth century, the phrase in my humble opinion may be found in the records of speeches and debate in the British Parliament during the early nineteenth century. The acronym IMHO was coined in the 1980s on electronic bulletin boards, in the early years of home computer use. 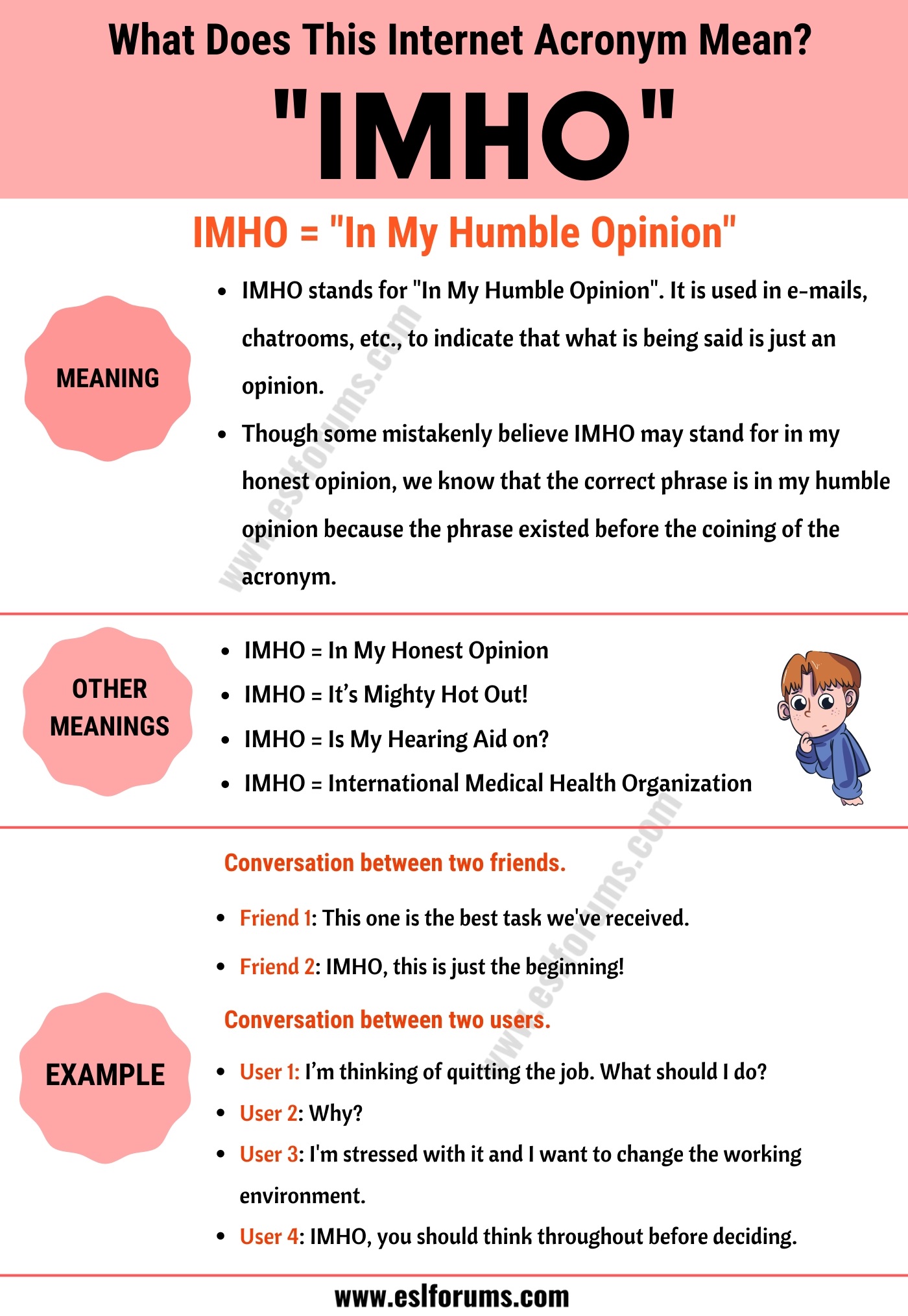