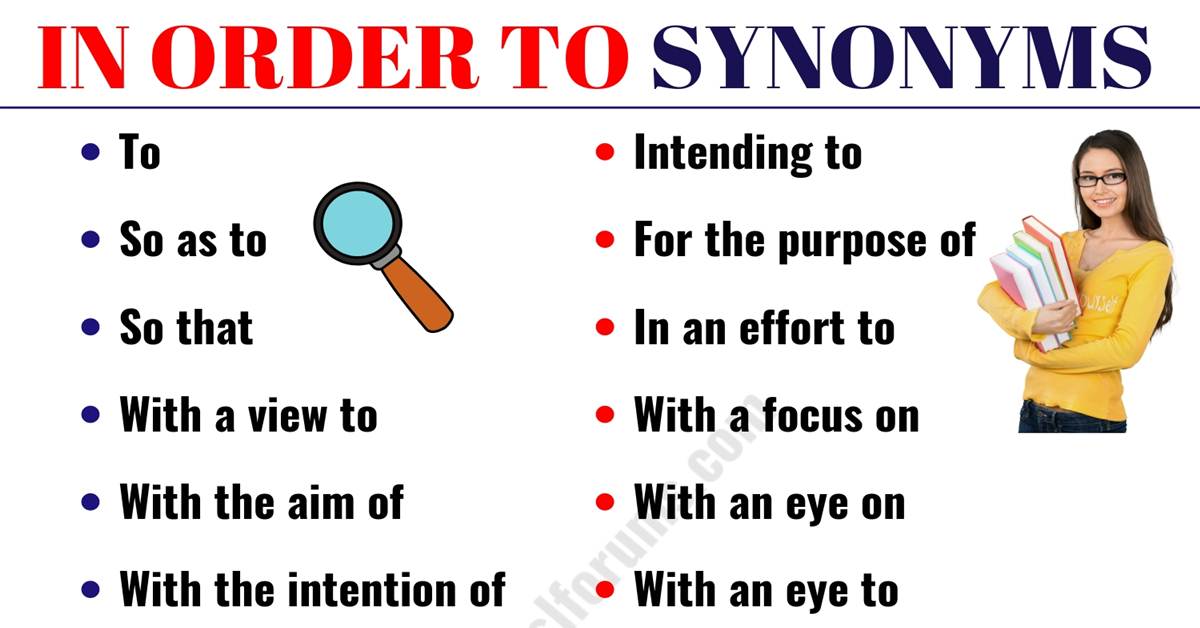 IN ORDER TO Synonym! Following is a list of 19 synonyms for IN ORDER TO with example sentences you can use to renew your English vocabulary.

Learn synonyms for IN ORDER TO with example sentences.

Example: I am planning to move house so as to be closer to my place of work.

Example: We must sink a borehole so that people will have water.

Example: She went to London with the aim of finding a job.

Example: He left England with the intention of travelling in Africa.

Example: For to succeed at the Test, she had to be ruthless, detached and clear-headed.

Example: What this means is that overall economic policy should be dictated by utilitarian considerations, aiming to improve the general welfare.

Example: The guide can be used an introduction to the hobby or as a means to brush up skills.

Example: He bought the warehouse with an eye to converting it into a hotel.

Example: When she is writing her flowcharts or pseudocode, she should review them with an eye toward test cases and make notes of the cases she needs.

Example: He let the timber pass by intending to slip the hook over the rope at its head.

Example: A meeting was called for the purpose of appointing a new treasurer.

Example: The company has laid off 150 workers in an effort to save money.

Example: We turn now from materials with a focus on language to materials you choose because of the topic they present.

Example: Programs will be reviewed periodically with an eye on medical breakthroughs and will be updated as new information becomes available.

Example: They had to reflate with a view to stimulating their domestic economy.

Example: He returned to his homeland with the purpose of serving his own people.

Synonyms for IN ORDER TO | Infographic 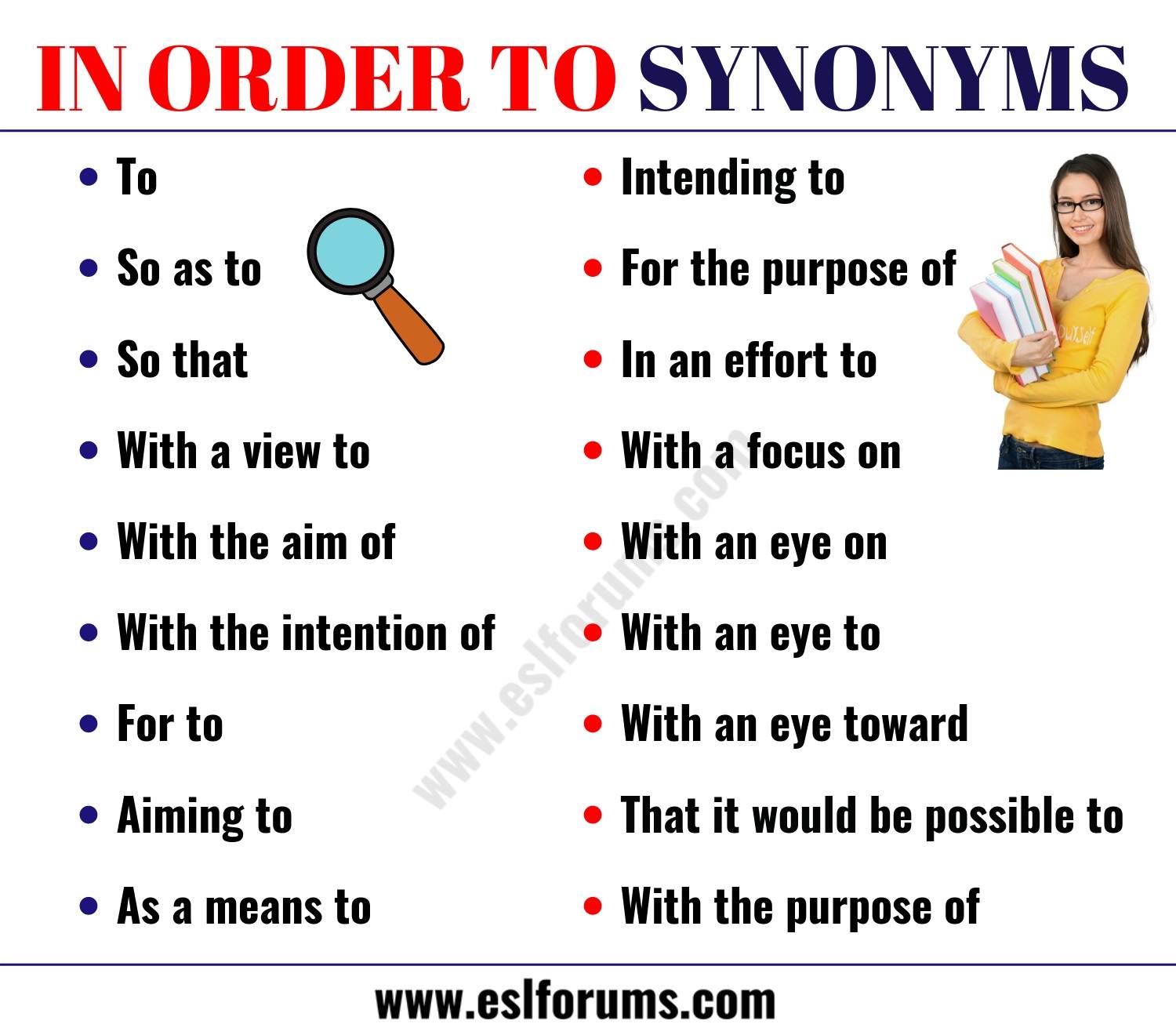