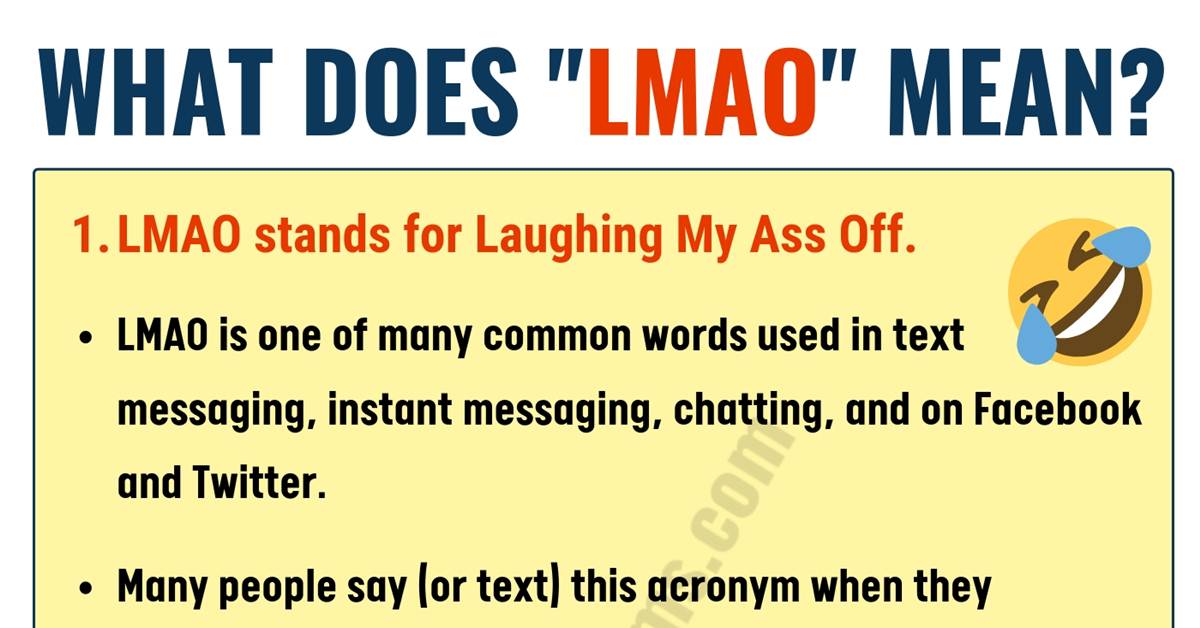 What does LMAO mean? Let’s learn the meaning of popular internet acronyms and slang terms, such as LMAO, ROFL, IMO, BRB, and more! 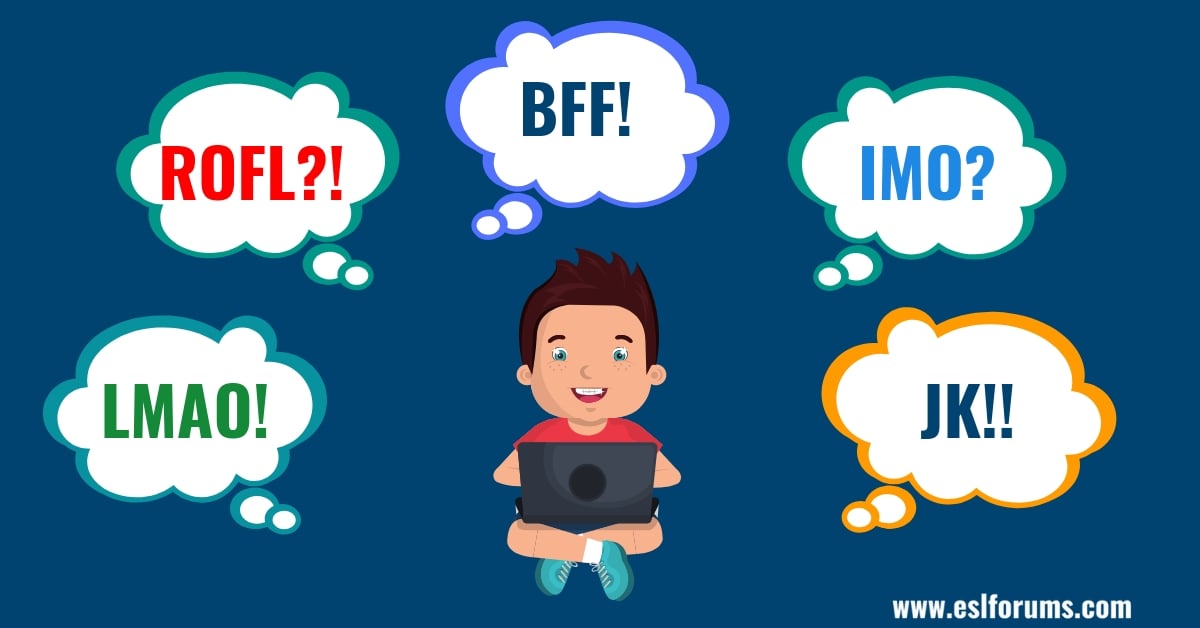 What Does LMAO Mean?

LMAO is one of many common words used in text messaging, instant messaging, chatting, and on Facebook and Twitter. At one time or another, you’ve probably seen this Internet slang. What Does LMAO Mean? Did you wonder what it meant? Did you know it could have more than one meaning?

LMAO is an acronym that stands for Laughing My Ass Off. Many people say (or text) this acronym when they find something particularly funny. Sometimes, when a person finds something extremely funny, they say LMFAO. This is almost identical in meaning but has the “F” word added to it to create Laughing My F**king A** Off. This one, however, is considered to be vulgar and is probably NSFW (not safe for work.)

Alternative Meanings: What Else Could LMAO Stand For?

LMAO has a number of different meanings, but it is most often used to tell a person that something is funny. Because of this, many people are unaware of or do not use alternative meanings.

If you use LMAO to mean any of the following, make sure that your audience is aware of your alternative meaning to avoid confusion (and the possibility of offense.) While some of them can be hilariously funny, you have to make sure that your friends know what they mean. 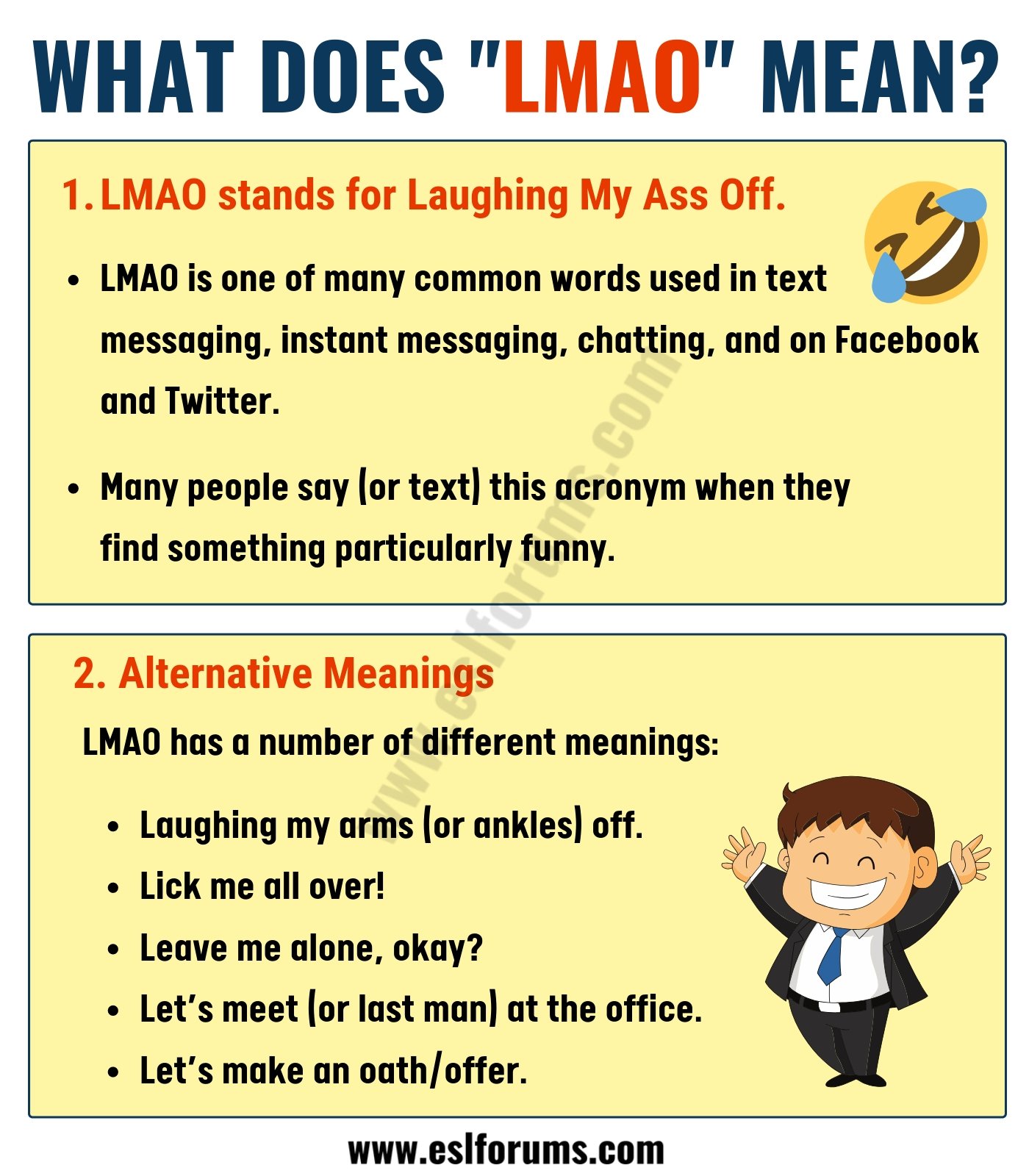 Another acronym used with LMAO is ROFL. People often say “ROFLMAO” which is used to signify something is even more hilarious! ROFL means “rolling on the floor laughing.”

What is IMO’s meaning? There are the various meanings of IMO. IMO commonly used for In My Opinion in texting but the literal meaning for IMO is International Mathematics Olympiad. Some of the other IMOs are: 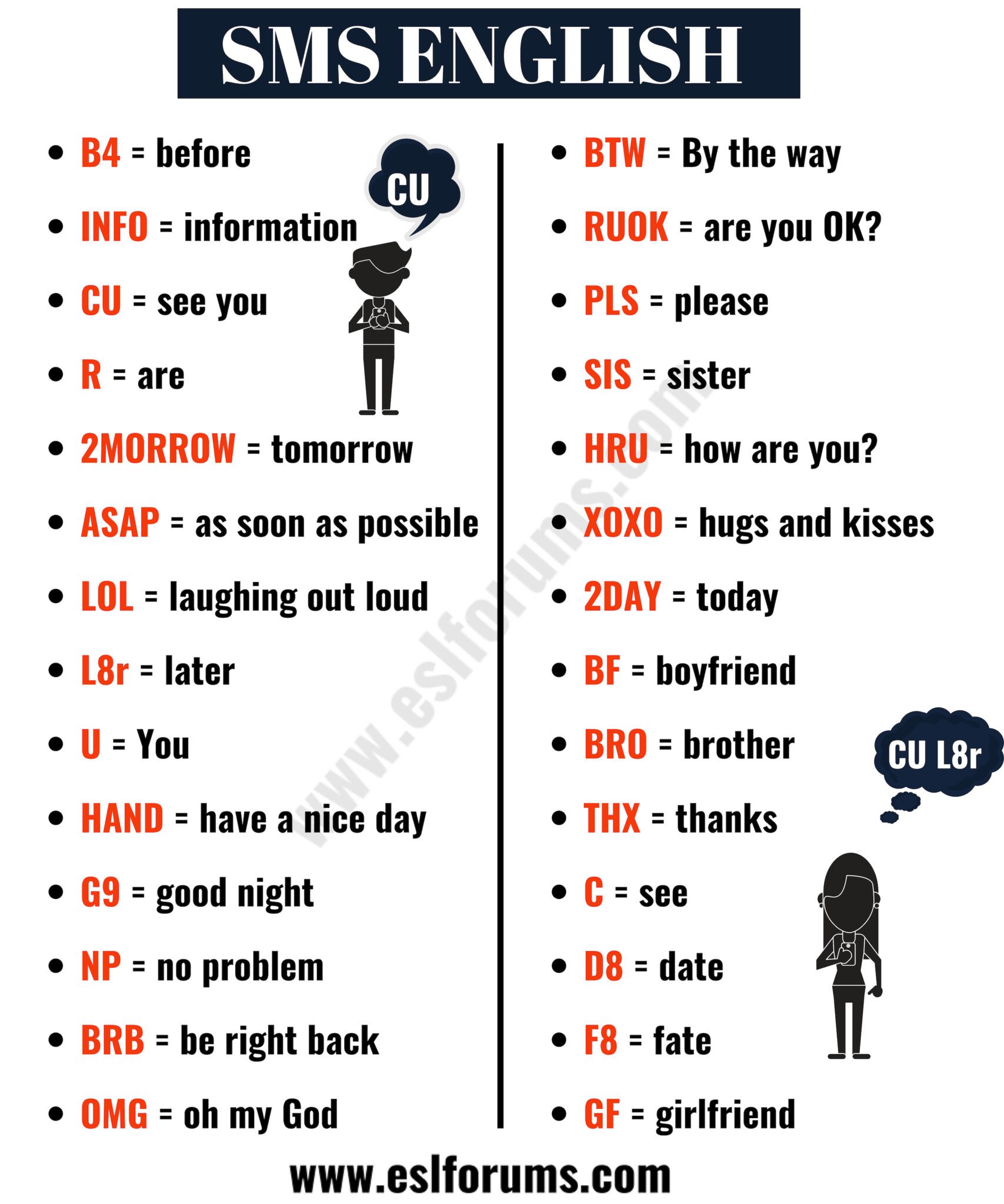 WTF what the f*ck

This is very helpful tysm

lysm (love you so much)

someone that doest gaf=give a fuck

lmbo= laughing my butt off

This is something that I have been looking for, to complement all the emoji sites you find