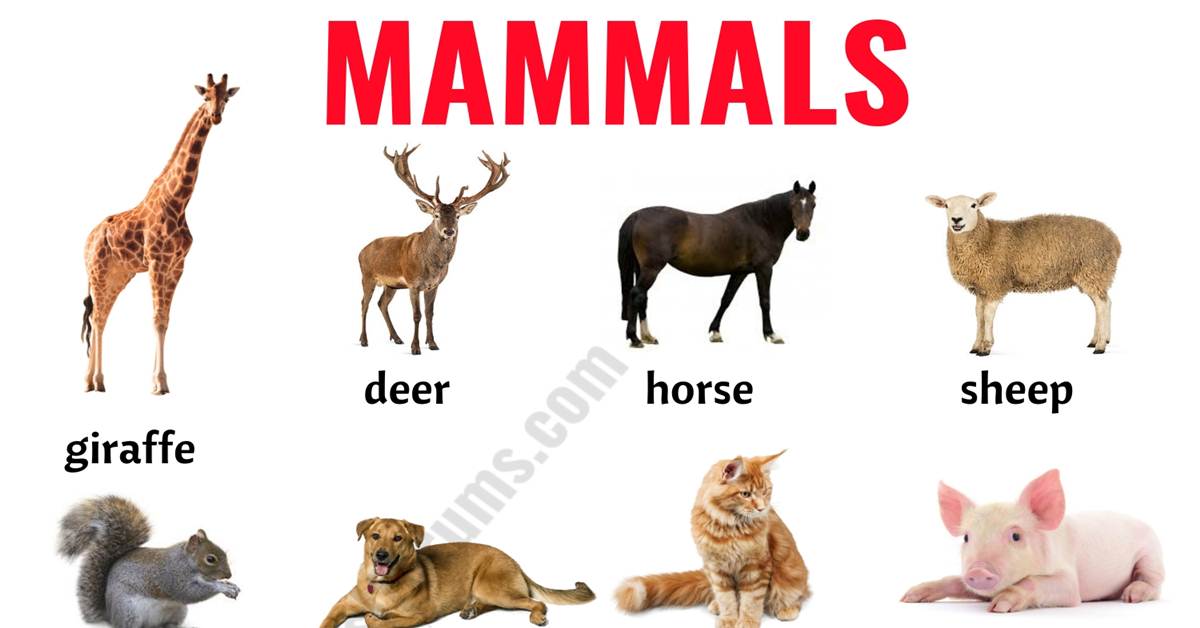 Mammals! Following is a list of mammals in English with ESL picture and example sentences to help you expand your vocabulary.

If you sell the cow, you sell her milk too.

The chimpanzee is an endangered species.

We saw a baby polar bear at the zoo.

There are several species of zebra.

Walrus were quite commonly encountered in the Shetland Isles and the Scandinavian coasts until quite recently.

The tiger prowled through the jungle.

The red squirrel is in danger of becoming extinct in England.

We fenced in the garden to keep the sheep out.

The rhinoceros is one of the world’s oldest surviving species.

The meat produced from a pig is called pork, bacon or ham.

The panda is a shy creature, not used to being in contact with other animals, particularly humans.

The ox walk involved each individual proceeding to the podium to cast a vote by taking agonizingly slow, inch-by-inch steps.

Man and the monkey have many things in common.

The lion is not so fierce as he is painted.

A leopard cannot change its spots.

Why is koala bear so popular with zoo goers?

You can take a horse to the water, but you cannot make him drink.

The hippopotamus is a vegetarian and looks like a wall.

The hedgehog rolled up into a ball.

I’ve got two gerbils and a hamster.

The young goat was just beginning to grow horns.

The giraffe is characterized by its very long neck.

A fox may grow grey, but never good.

A dog will not howl if you beat him with a bone.

The hunter crept up to the deer.

who wants to date me I’m ten years old

Sorry I didn’t mean to reply to ya aria. I’m new to this whole, comments stuff.

i want to date you

are you a gril or boy

send a pic of you