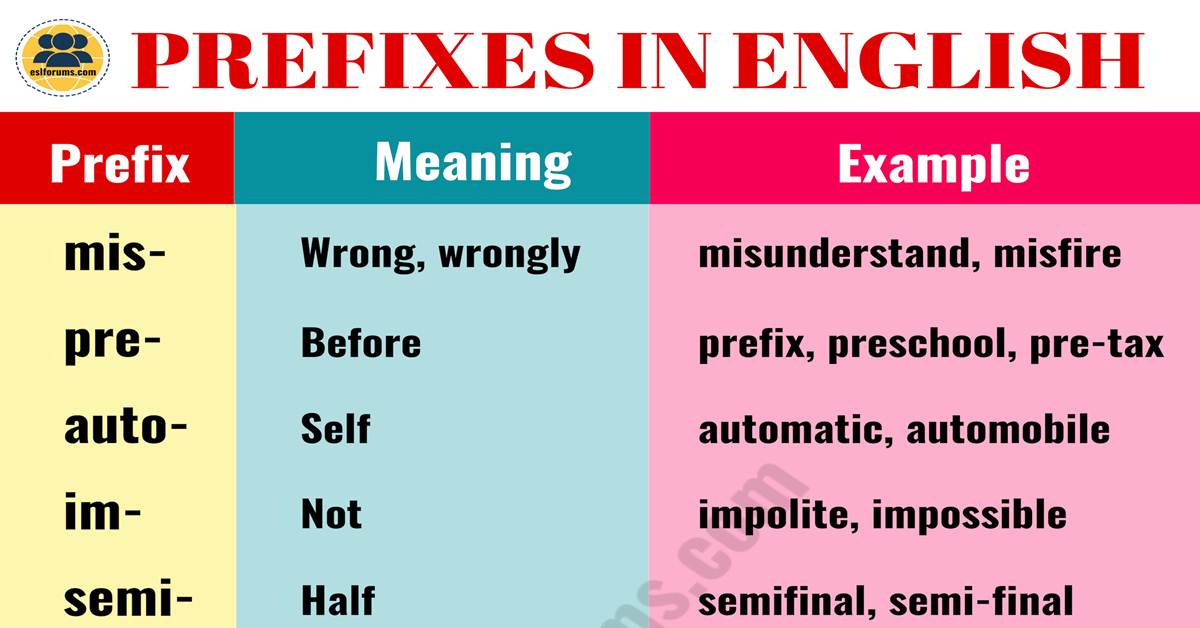 Prefixes! Following is a common prefix list in English with meaning and example sentences to give you an idea of how to identify them easily.

Prefixes are placed before the words to modify their meanings; like suffixes, they are groups of letters that rarely serve a purpose unless attached to a word. 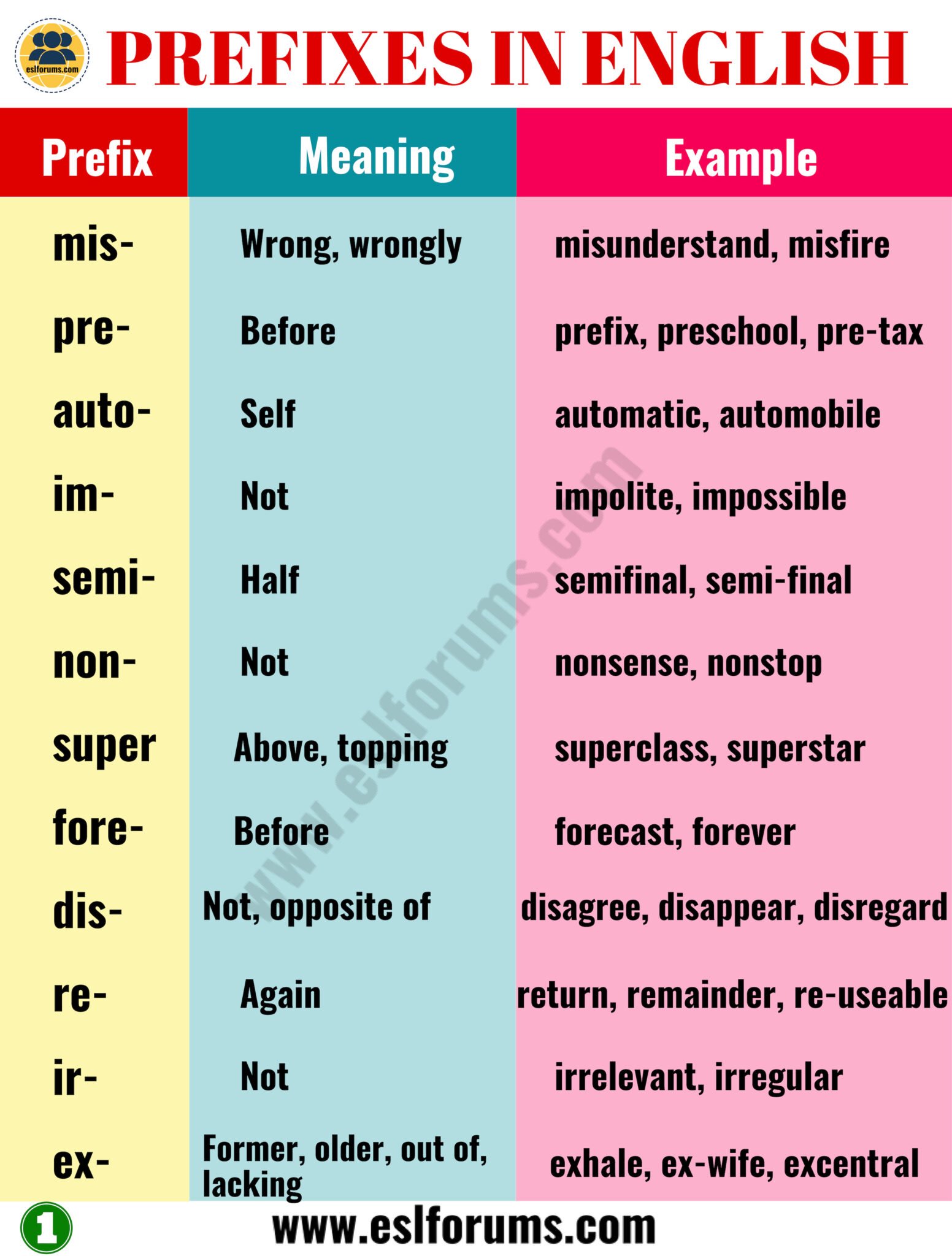 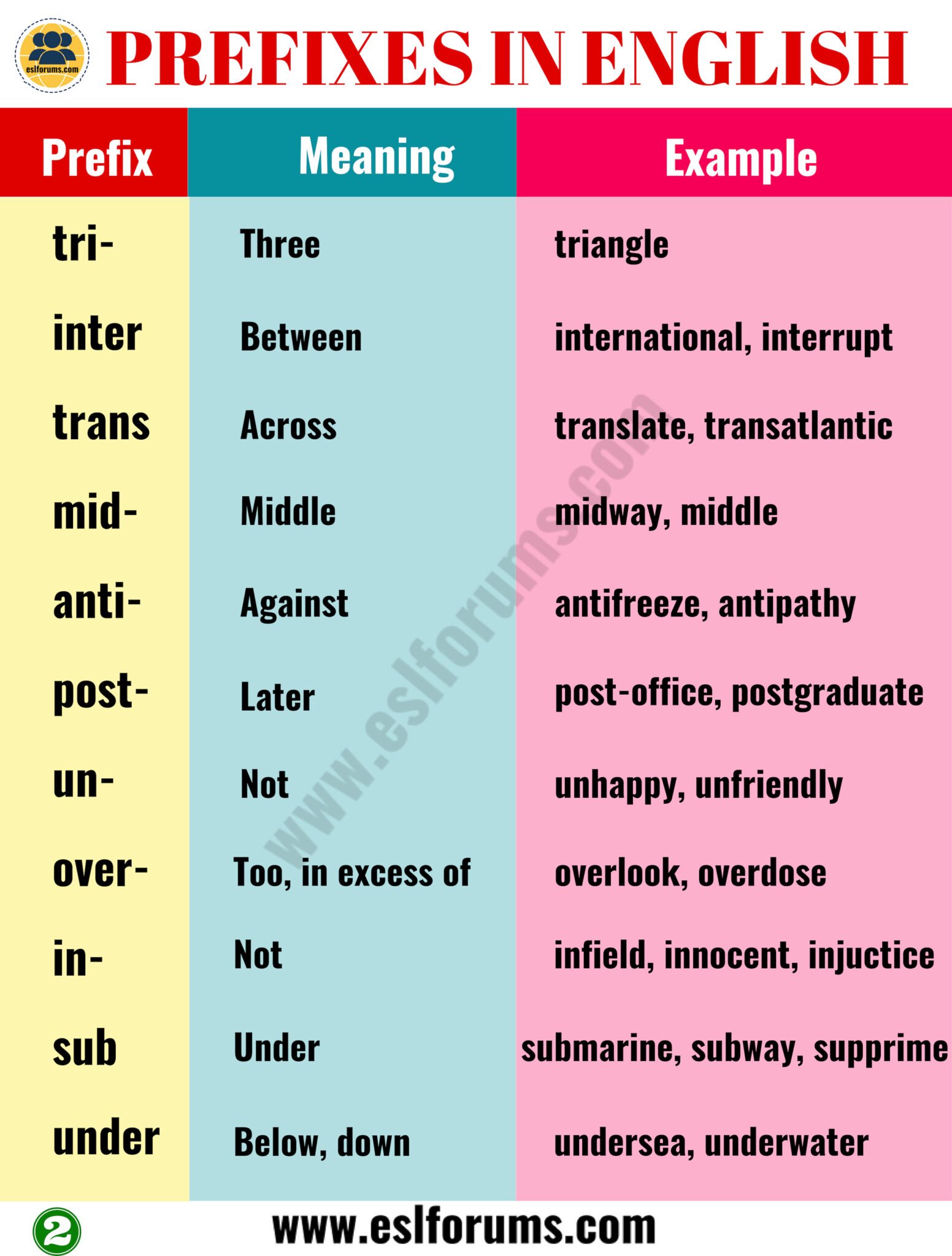 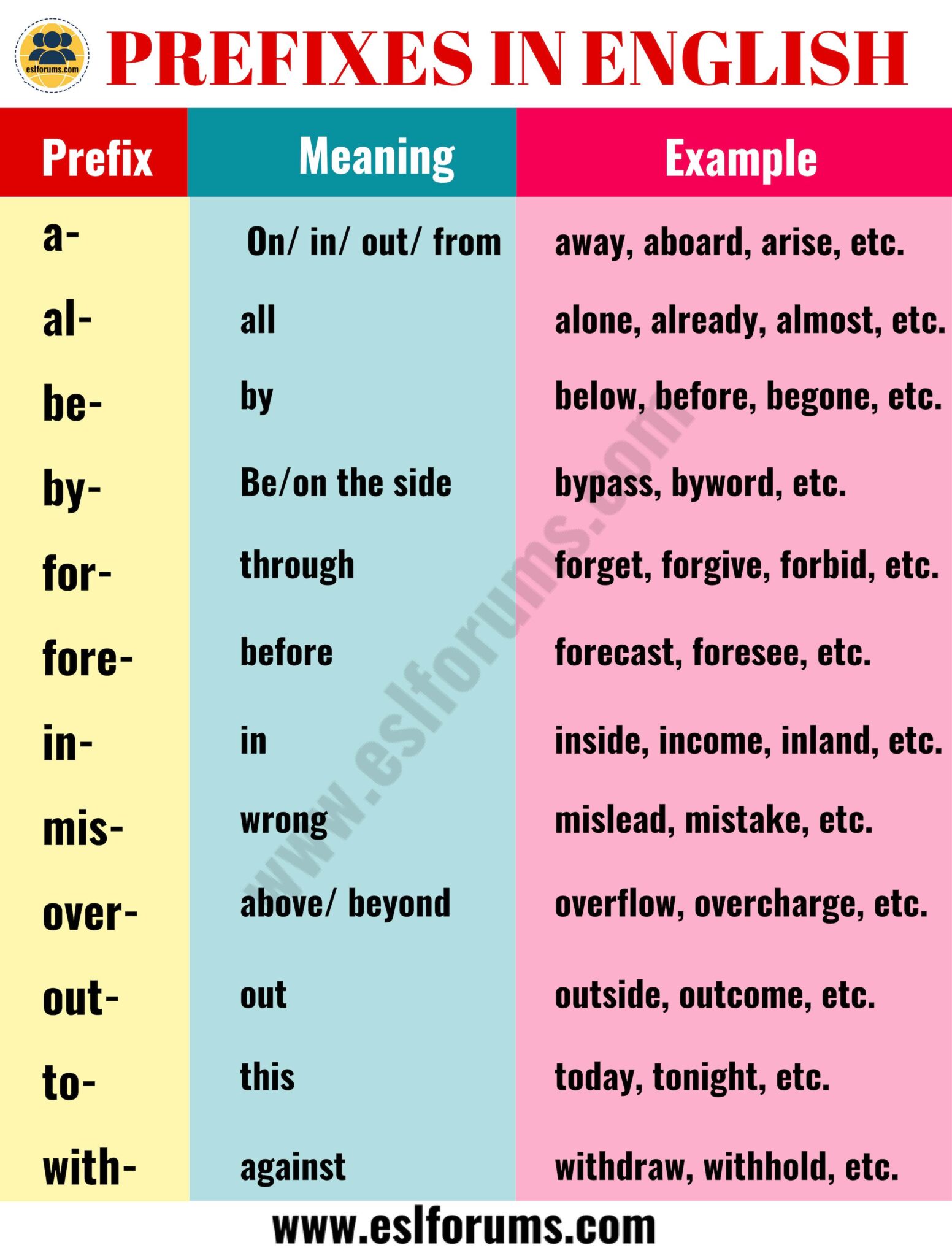 Do I have permission to print the Grammar lists to use with my students?