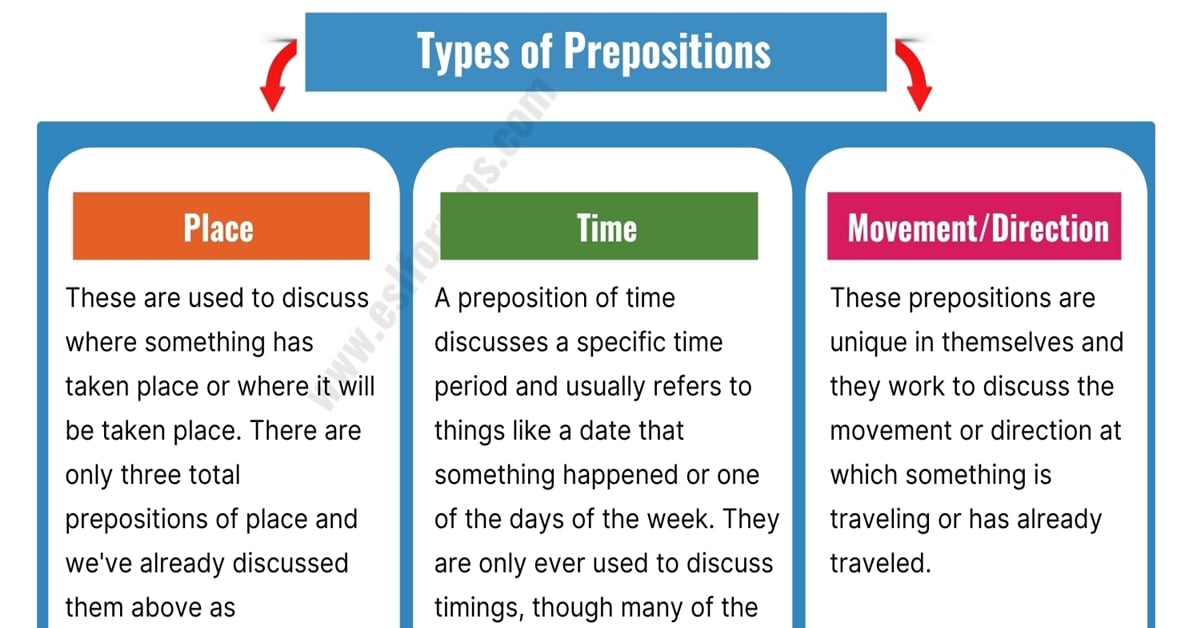 A preposition might be something you’ve heard of before or it might be an entirely new concept to you. Either way, it’s one of those things that gets used all the time in the English language but you’d be surprised by how many people just don’t understand what they are or how they’re supposed to be used. You can naturally throw one into a sentence, but you might not think it’s a preposition when you do.

What Is a Preposition?

A preposition is any word that is used to tell you where or when something is about something else in the sentence. It’s a good way to talk about things either in a time or place and can also be used to talk about movement or direction too. They are used in most describing sentences in this way to help the listener (or reader) understand something about the location or placement of something.

Three main types of prepositions are used in the English language. Each one defines a different function related to where or when something is in place or time.

At, in, and on are three examples of prepositions of time.

These are used to discuss where something has taken place or where it will be taken place. There are only three total prepositions of place and we’ve already discussed them above as prepositions of time, they’re just used in different ways.

At, in, and on are the three prepositions of place.

These prepositions are unique in themselves and they work to discuss the movement or direction at which something is traveling or has already traveled.

Words like across, away from, and off are all prepositions of movement and direction.

A prepositional phrase is a name given to any sentence or phrase that uses a preposition, an object, and any words that modify the object. There are so many phrases out there that can be included in a list that we’d be here forever if we tried to talk them all out with you. Instead, we’ll run you through the basic examples so you can understand what is meant by prepositional phrases.

Examples of prepositional phrases include: 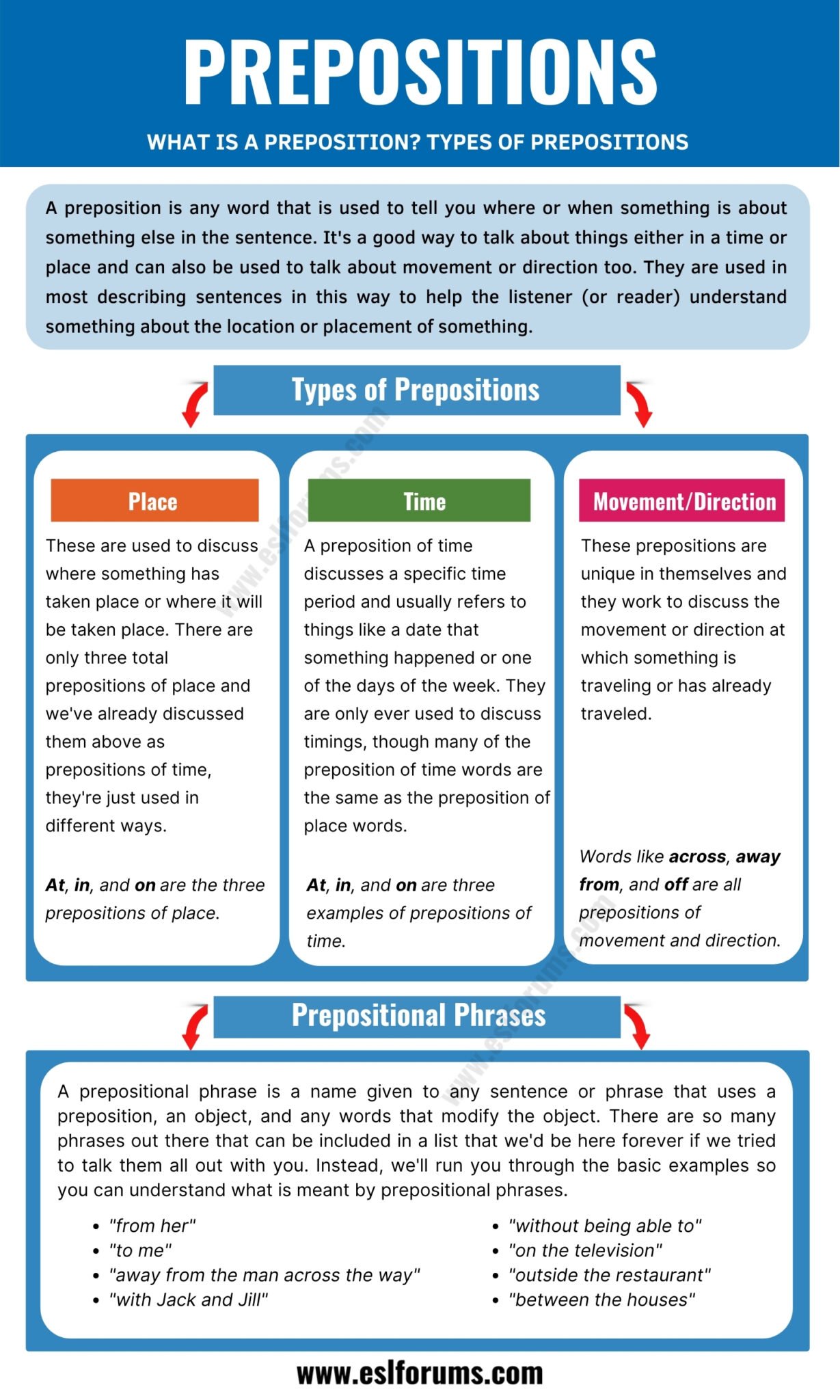 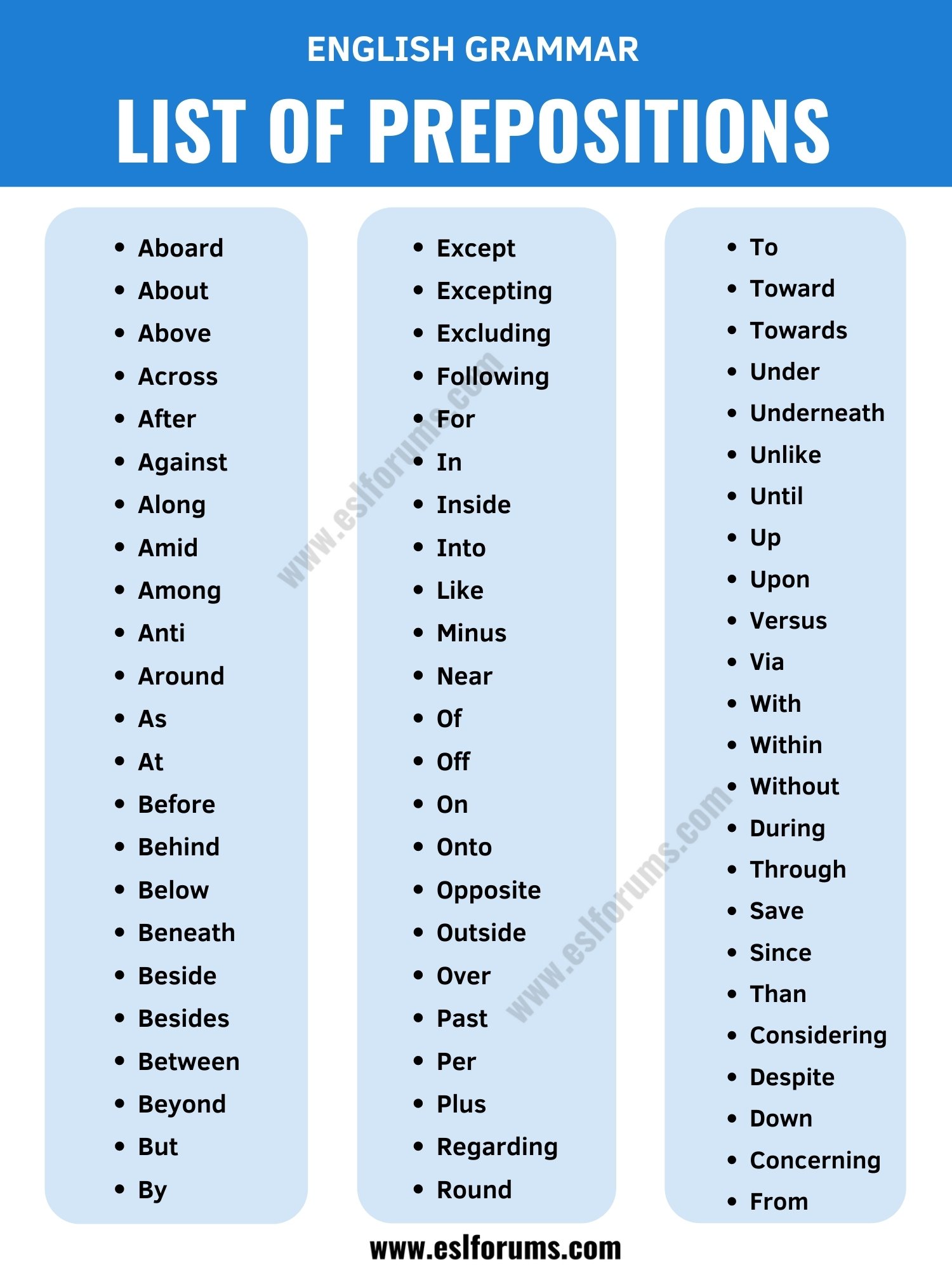