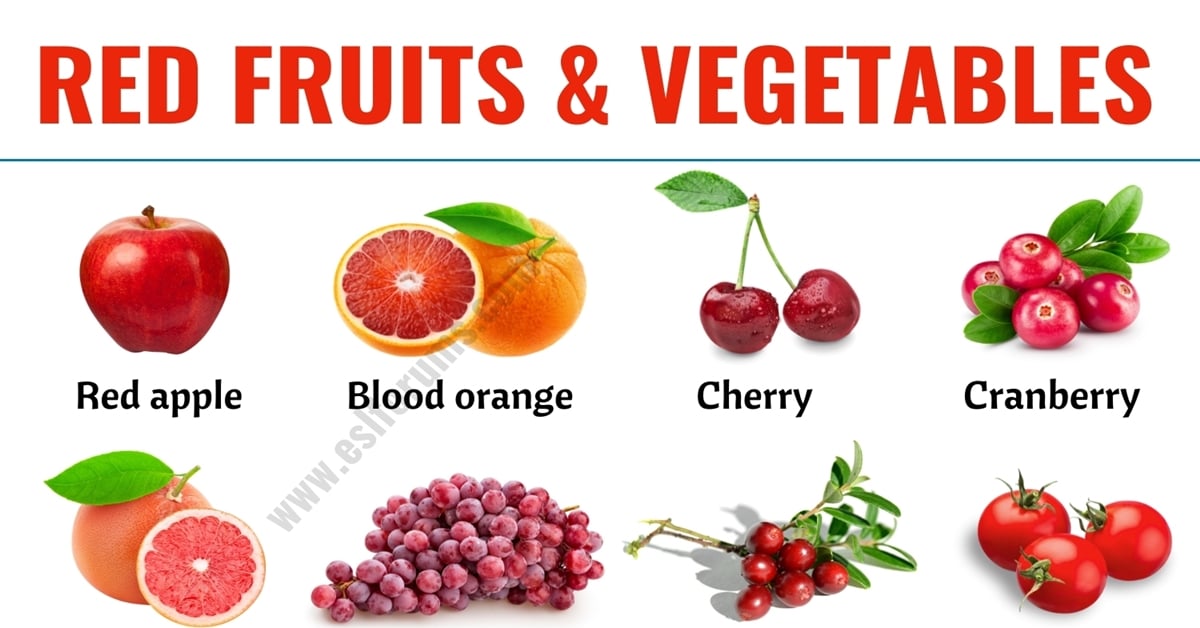 Red Fruits & Vegetables! In this lesson, you will learn a list of red fruits and vegetables in English with ESL picture and example sentences to help you enhance your vocabulary words.

Learn the names of fruits and vegetables in English with example sentences.

Bite into a shiny, red apple and taste insipid sponge.

The largest blood orange is more elongated than the others.

It is an emblematic red grape of Argentinean.

In the morning, a cup of hot lingonberry juice is brought to their bedside.

The hostess ladled out a bowl of tomato soup.

The beetroot is the taproot portion of a beet plant, usually known in Canada and the USA as beets while the vegetable is referred to as beetroot in British English, and also known as the table beet, garden beet, red beet, dinner beet or golden beet.

Place four slices of red pear on top, then cover each one with a slice of cheese.

Alternate cubes of meat and slices of red pepper.

The pomegranate trees in the yard have borne fruit.

Figure out the types of sweet potatoes and yams you’re eating (there are photos and images here as well as descriptions to help you).

A radish stuck out of the shopping basket.

She spread the toast thinly with raspberry jam.

Radicchio has a slightly bitter flavour.

I’ve made a strawberry jelly for the children’s tea.

The woman cut up the watermelon and shared it out among the four children.

The clotted cream on the rhubarb had curdled.

Ficus carica is an Asian species of flowering plant in the mulberry family, known as the common fig (or just the fig). 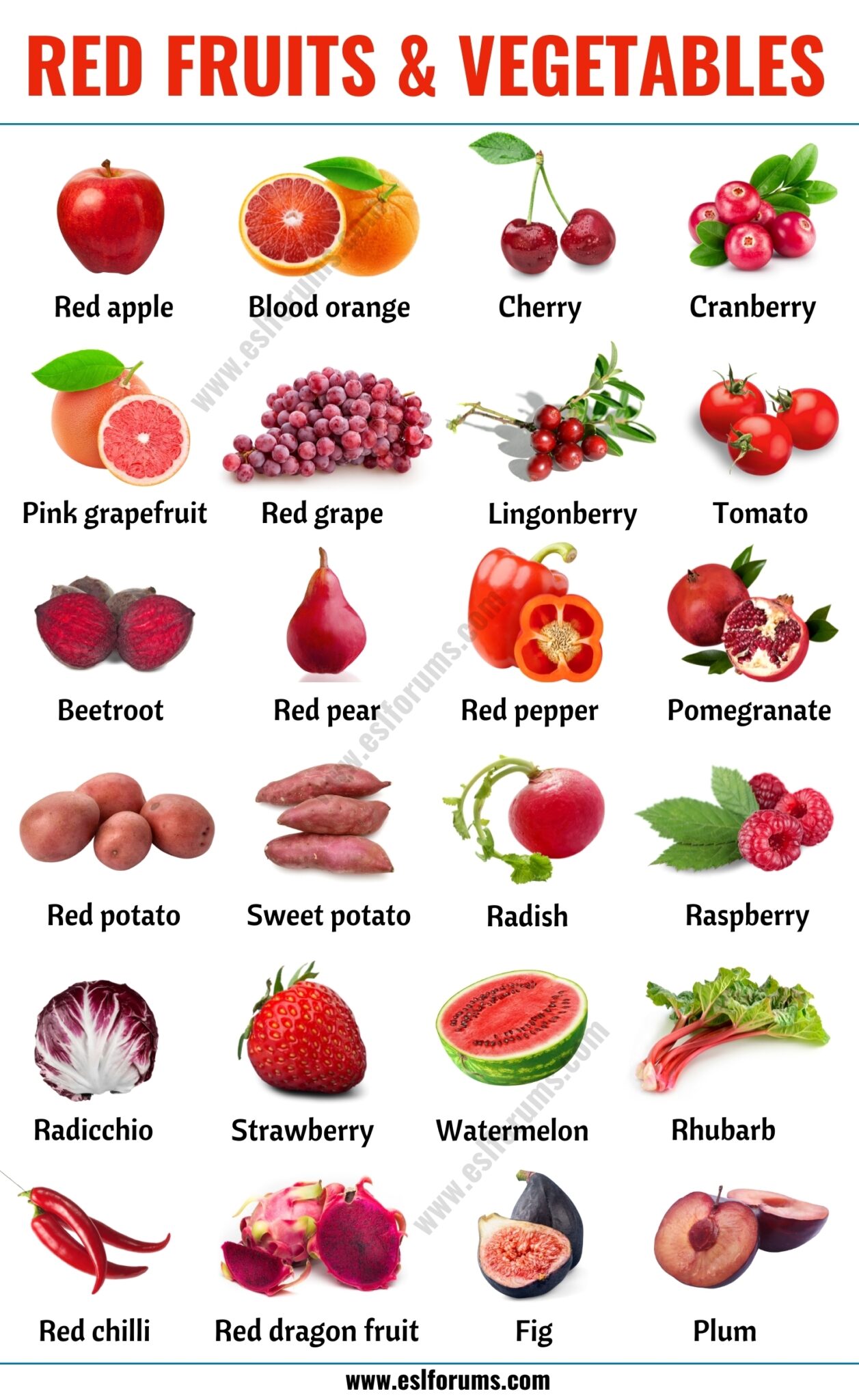