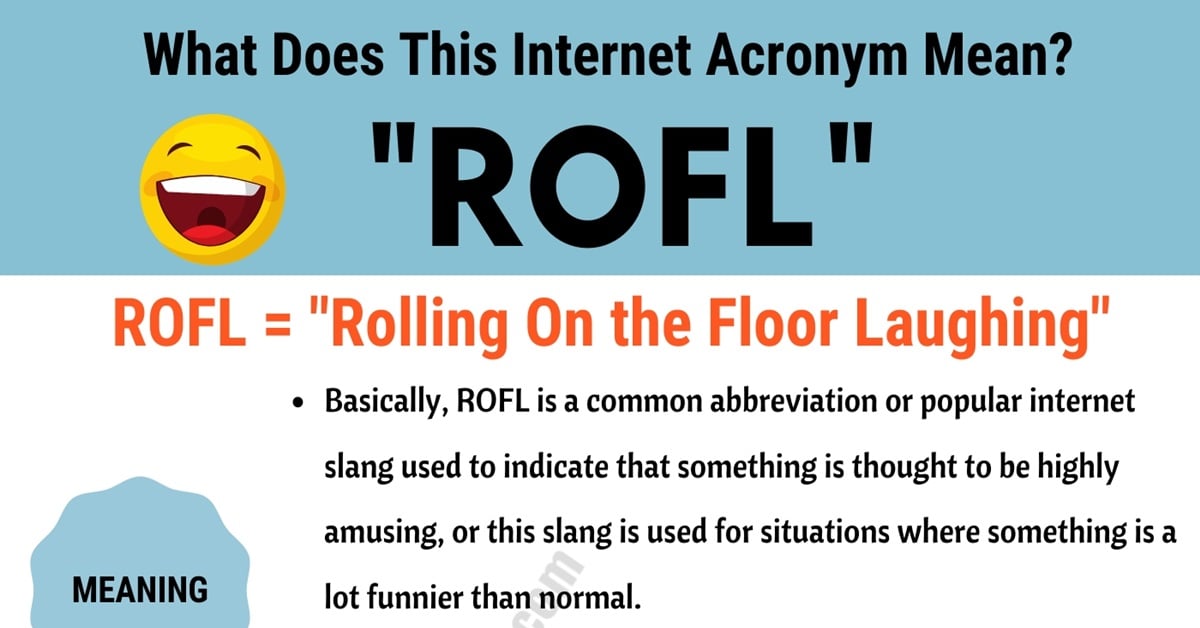 What does ROFL mean? How to use it correctly? In this lesson, you will learn the meaning and examples of the popular acronym “Rofl” in English with ESL picture.

What Does ROFL Mean?

ROFL stands for “Rolling On the Floor Laughing”. People often say “ROFLMAO” which is used to signify something is even more hilarious!

Basically, ROFL is a common abbreviation or popular internet slang used to indicate that something is thought to be highly amusing, or this slang is used for situations where something is a lot funnier than normal. This term first became widely preached in English-speaking societies and global network forums, before it spreads to other social network users surround the whole world. 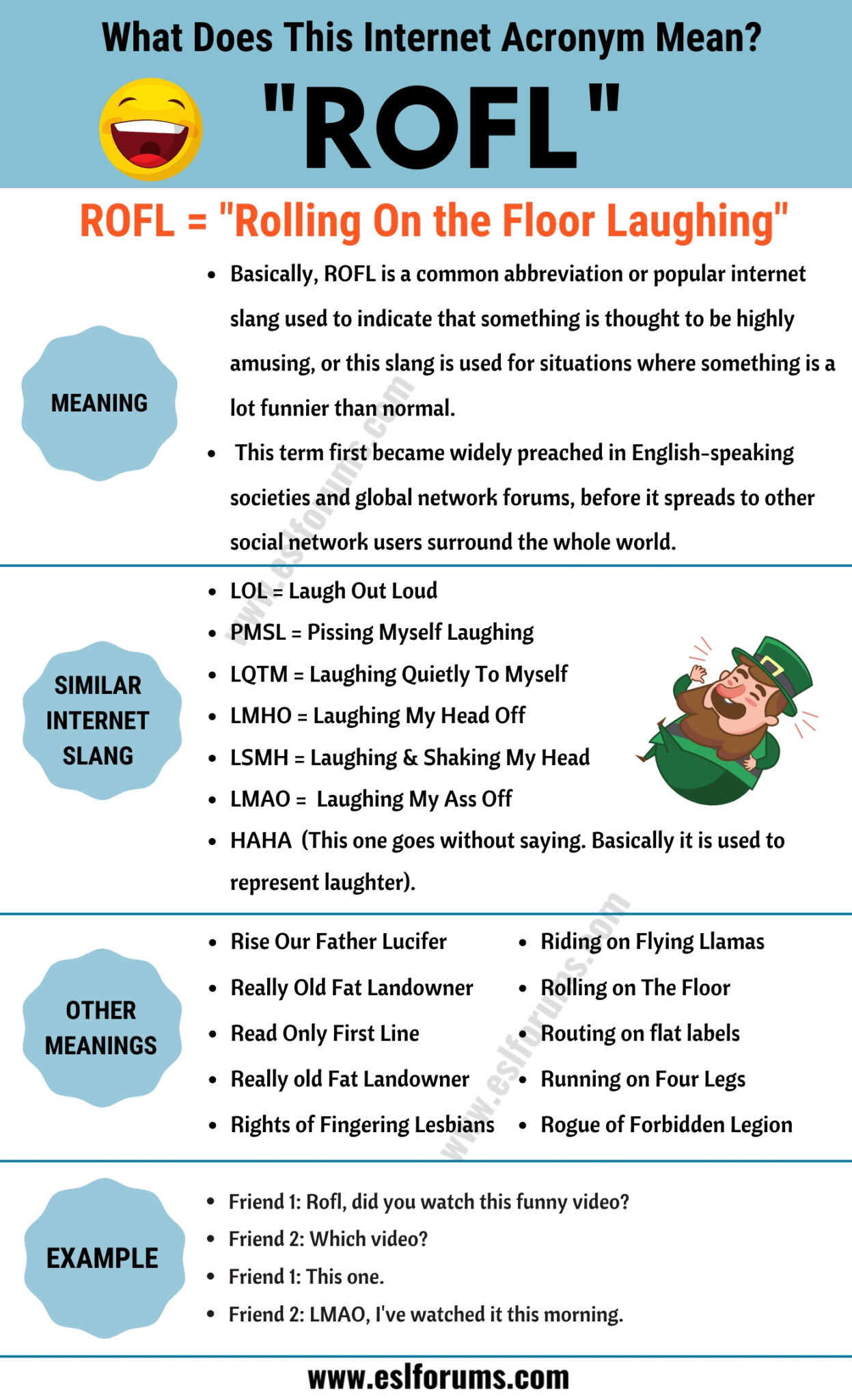