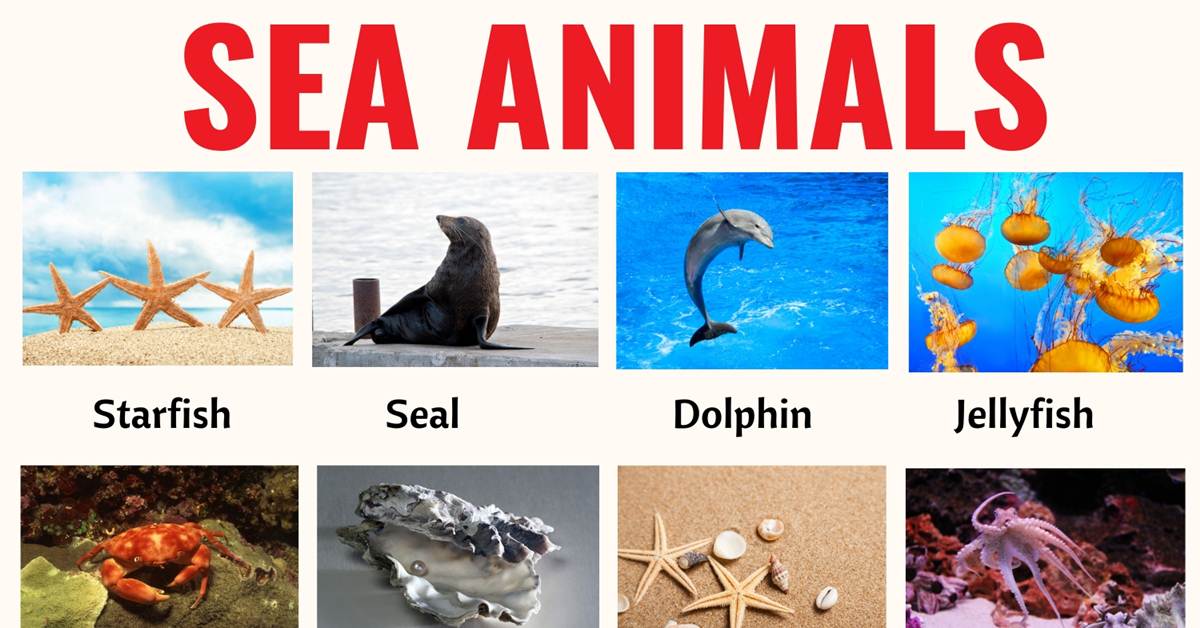 Sea Animals! In this lesson, you will learn a list of common water animals in English with ESL image and example sentences to help you expand your vocabulary.

The clam burrows in the sand to a considerable depth.

Cormorants can be pretty nasty with their beaks.

The dolphin is an intelligent animal.

The sea has fish for every man.

Some types of jellyfish have a powerful sting.

Lobster, fish and charcoal grilled steaks are the specialities, with live entertainment on offer most evenings.

There are vertical things that look like the tentacles of a squid or octopus.

The pelican has a very useful beak.

The sea turtle is an endangered species .

A seahorse can eat up to 3000 brine fish a single day.

Crimp the edges to seal them tightly.

Kick the front leg vigorously as if you were trying to attract a shark!

Better half an egg than empty shell.

The seals feed mainly on fish and squid.

If a starfish loses a leg, it grows back.

A whale is a fish. True or false?

I have a question

What is it you need?

I love animals, do you?

I love Animals do you?

hi see the animals I love it