There is no appreciable distinction between the twins.

Having clean hands is one of the cardinal rules when preparing food.

Their chief preoccupation was how to feed their families.

She was injured and suffered a consequential loss of earnings.

Salaries take up a considerable portion of our total budget.

Money will be crucial to the accomplishment of our objectives.

She was the dominant partner in the relationship.

Sharpton was foremost among the protesters.

The report contained some glaring errors.

It was revealed that important evidence had been suppressed.

Cutting the budget was an impressive accomplishment.

Cost was a key element in our decision.

The final chapter crystallizes all the main issues.

The major recommendation is for a change in the law.

Colder weather in the fall is a marked difference from the heat of summer.

It was a memorable experience for all of us.

Such a thing would have momentous implications.

A notable feature of the church is its unusual bell tower.

I found nothing particularly noteworthy to report.

Her late husband was an outstanding scientist

The government’s overriding concern is to reduce inflation.

In this painting, the predominant color is black.

The principal reason for my change of mind is this.

He showed remarkable endurance throughout his illness.

She bears a striking resemblance to her mother.

A visit to the Museum is an unforgettable experience.

It is vital that inflation is kept in check. 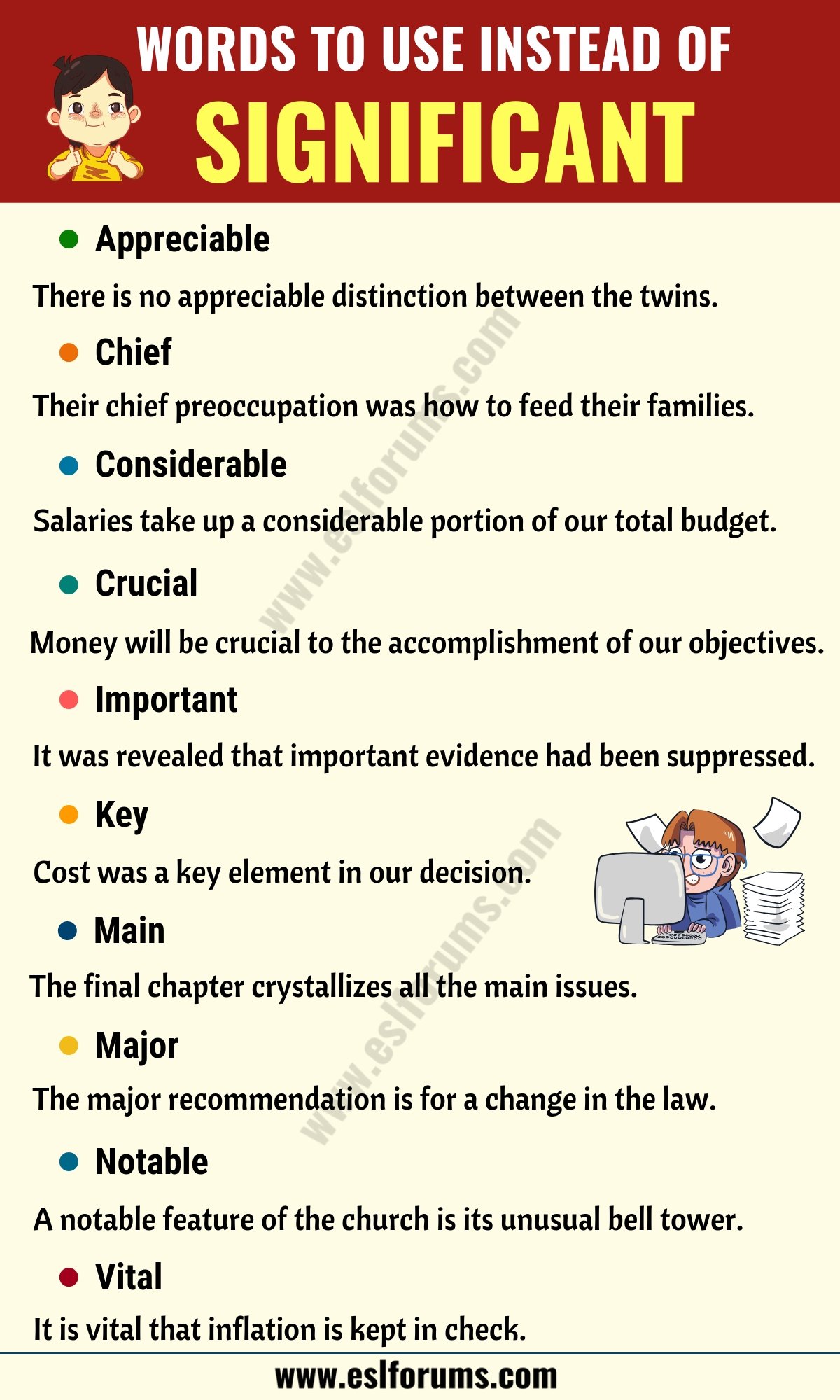