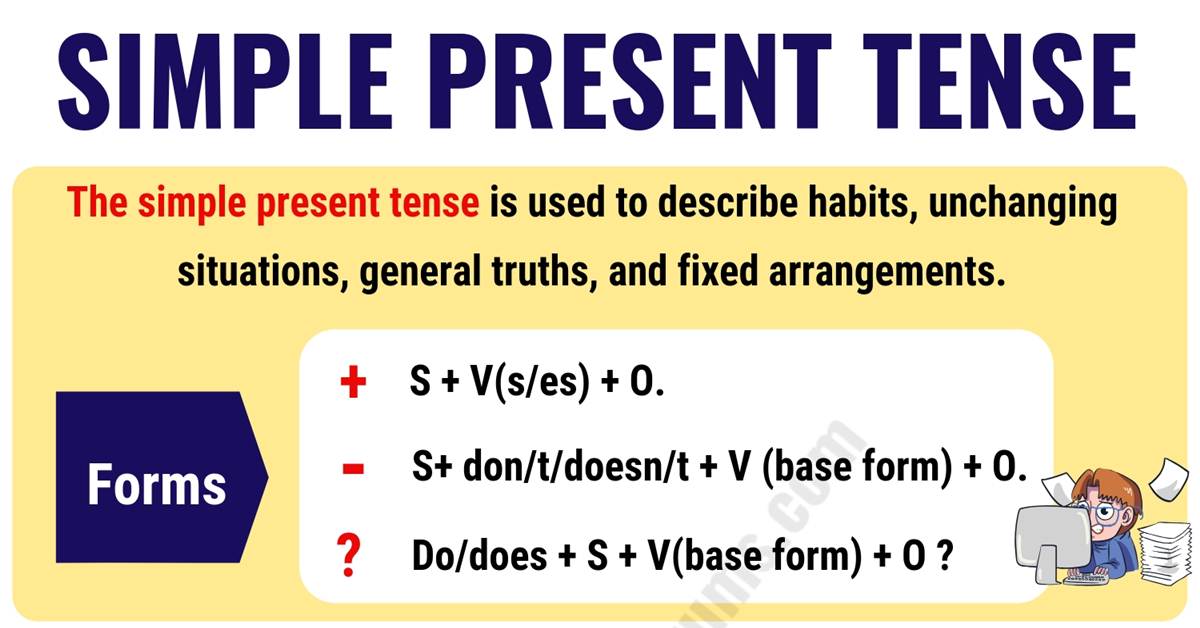 In this lesson, you will learn the simple present or present simple tense in English verb tenses chart.

Examples with the verb RUN 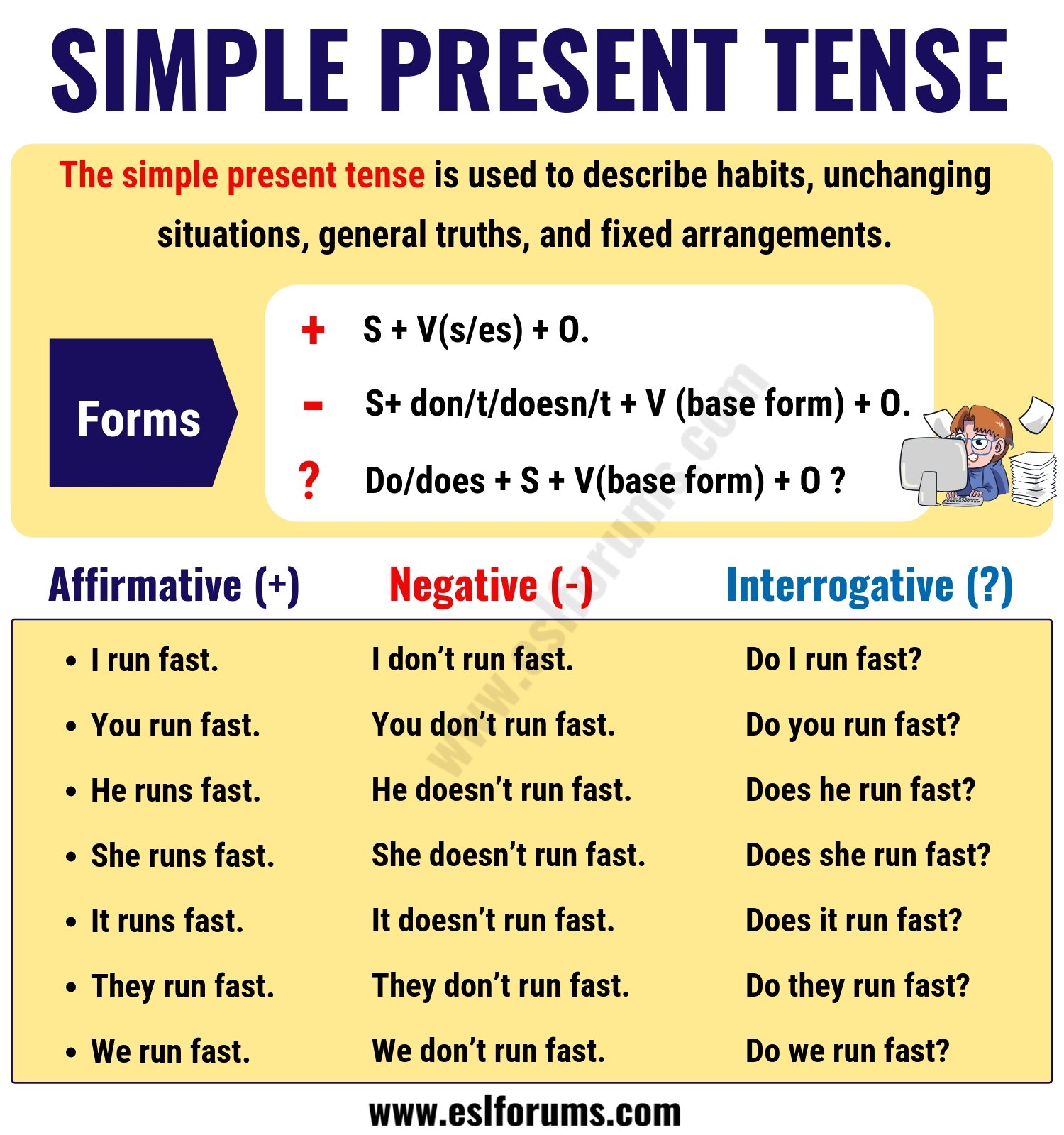 Tanks. this is very good