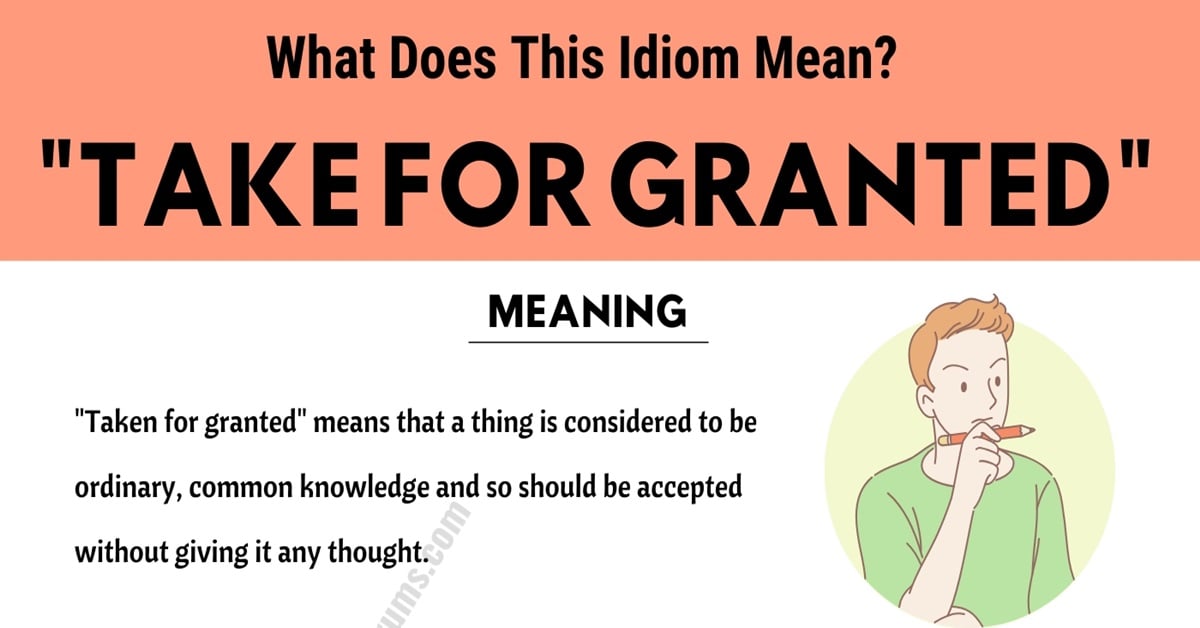 “Taken for granted” means that a thing is considered to be ordinary, common knowledge and so should be accepted without giving it any thought. For example, “It can be taken for granted that all living humans breathe and eat.” In other words, no evidence or proof is needed for anyone to believe it.

A conversation between two co-workers. 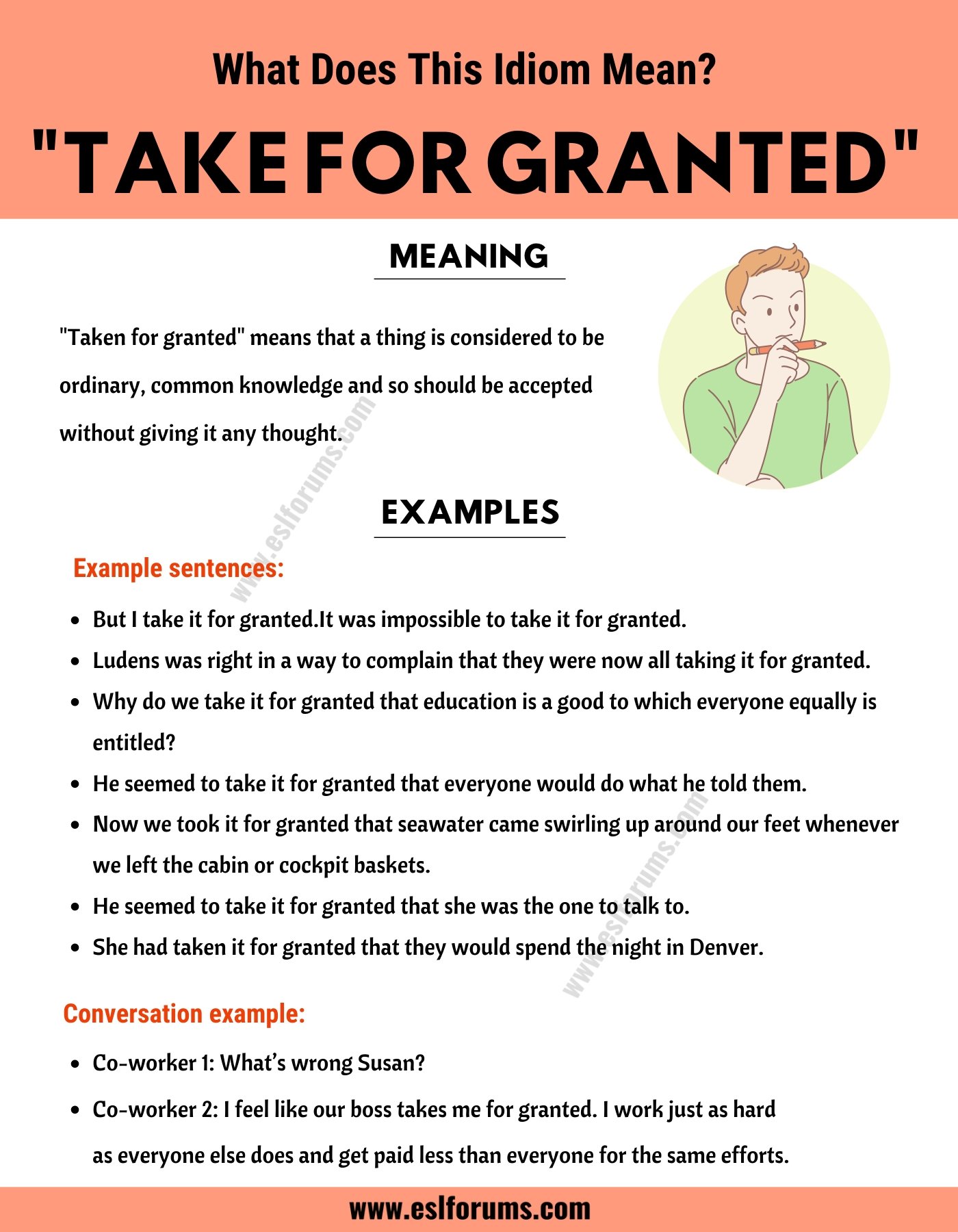