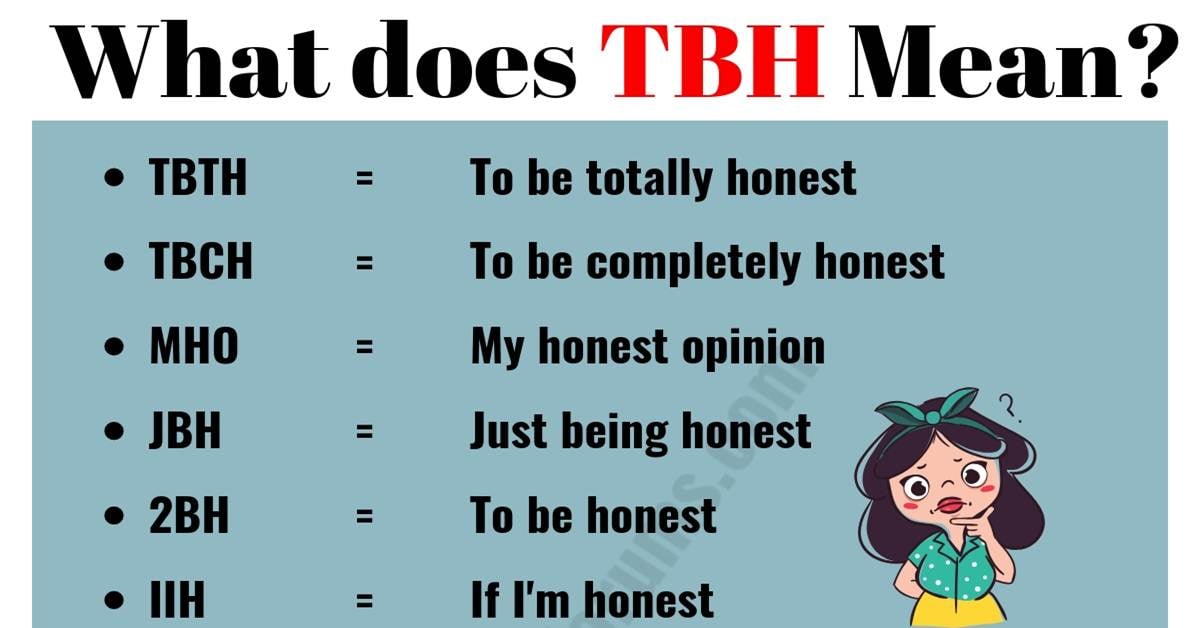 TBH Meaning! What does TBH Mean? A lot of teen slang words are used today and TBH is one of them. In this lesson, you will learn how TBH is widely used in texting.

TBH Meaning | What does TBH Mean?

“TBH” started out as the acronym for “to be honest.” It was originally used — and still is by some — when someone is trying to be frank while discussing an uncomfortable or controversial topic. 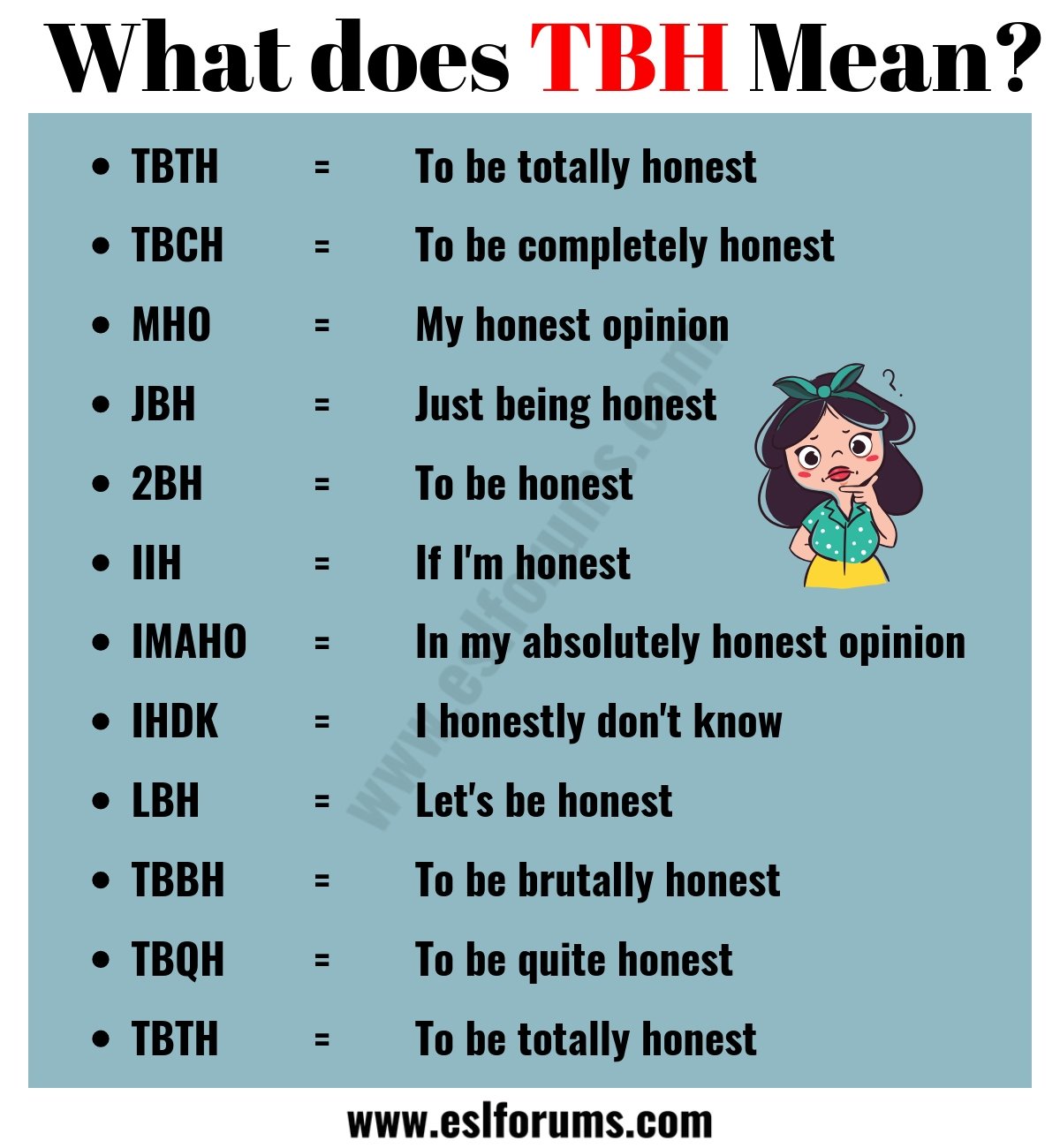