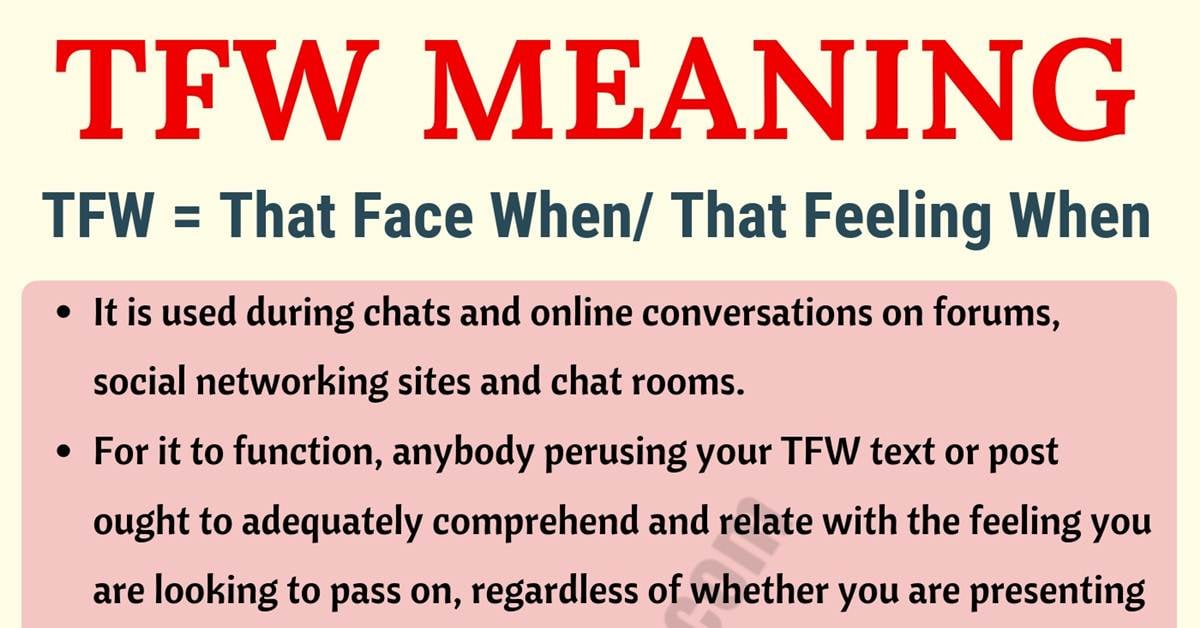 TFW! Do you know what tfw means in texting? In this lesson, you will learn the meaning, definition and example sentences of the acronym – tfw in English with ESL pictures.

TFW = That Face When/ That Feeling When

TFW is an internet acronym that stands for “That Face When” or “That Feeling When”. It is used during chats and online conversations on forums, social networking sites and chat rooms.

TFW can also stand for “that feel when” or even “the feel when.”

For it to function, anybody perusing your TFW text or post ought to adequately comprehend and relate with the feeling you are looking to pass on, regardless of whether you are presenting a ridiculous or odd situation. TFW acronym is usually accompanied by an image or GIF, which can give humor or clarity of meaning. 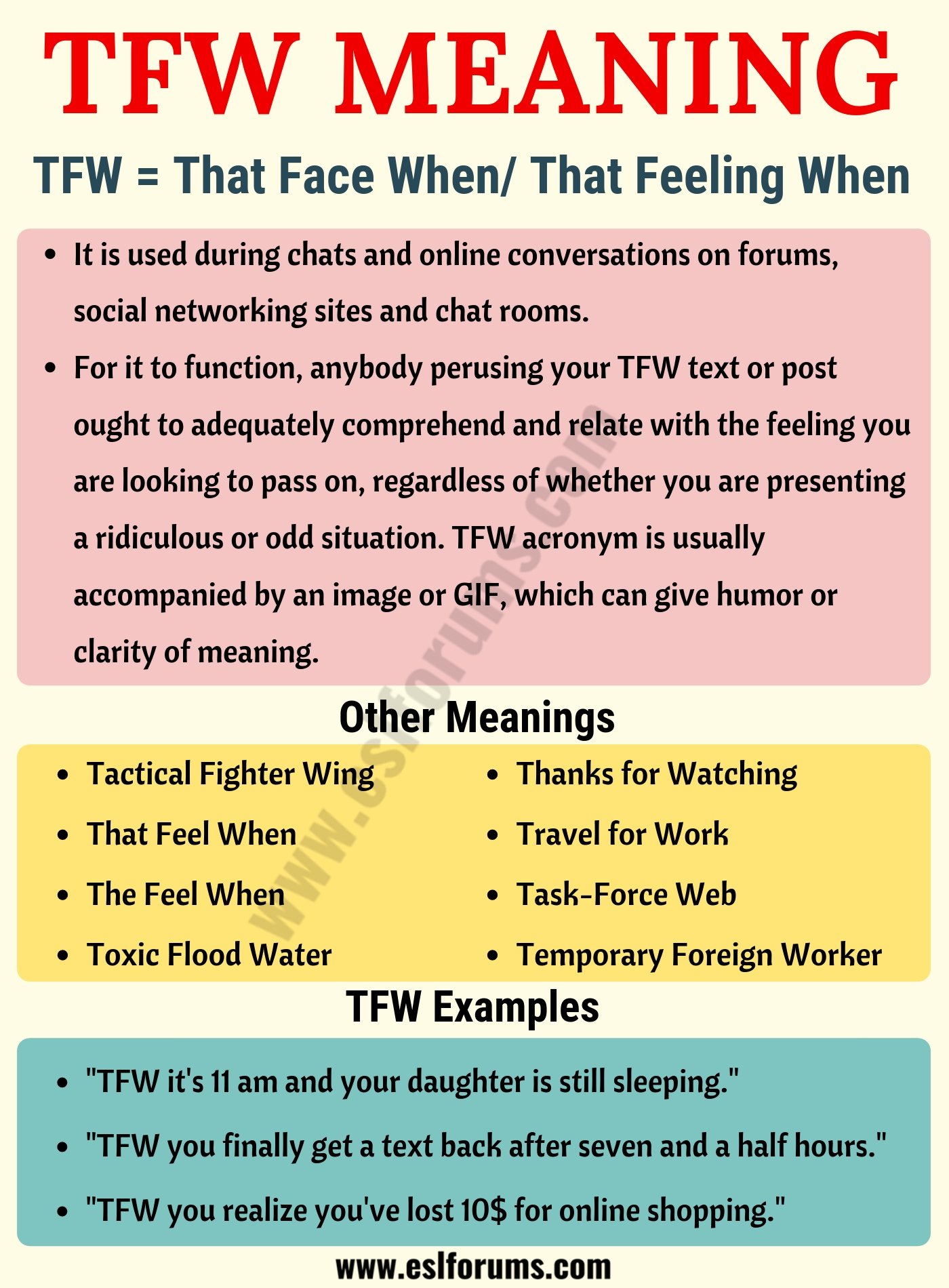