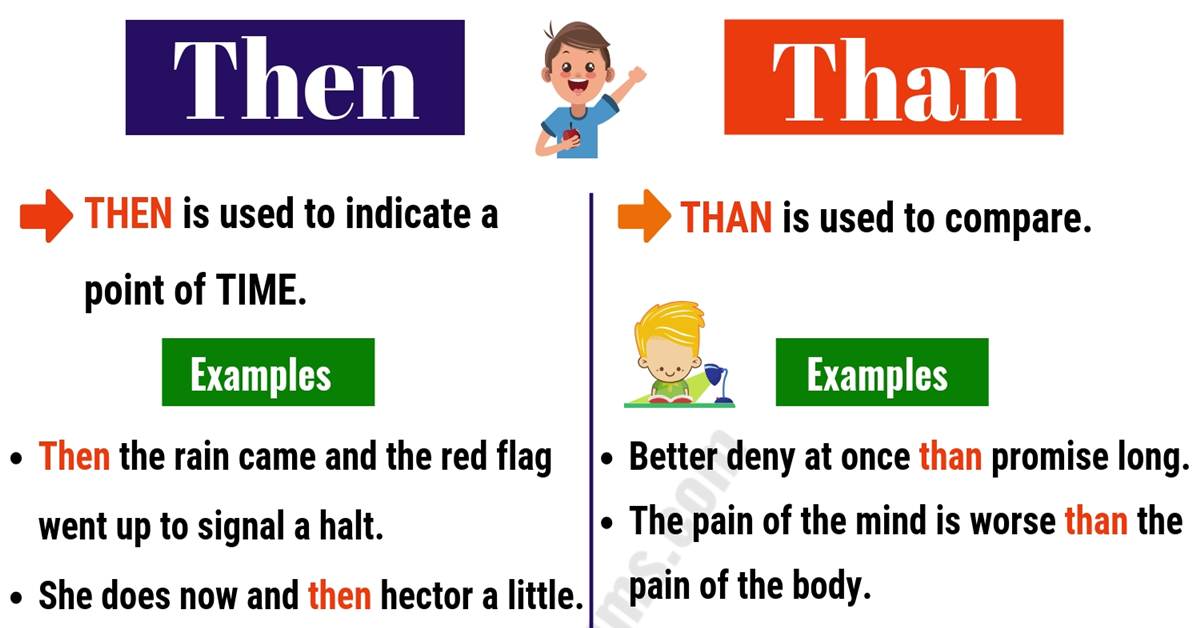 Then vs than! Below are the differences between then and than in English  with useful example sentences for ESL learners to avoid misusing them.

Then is used to indicate a point of time.

Than is used to compare.

Than vs Then  Infographic

Learn other confusing words in English. 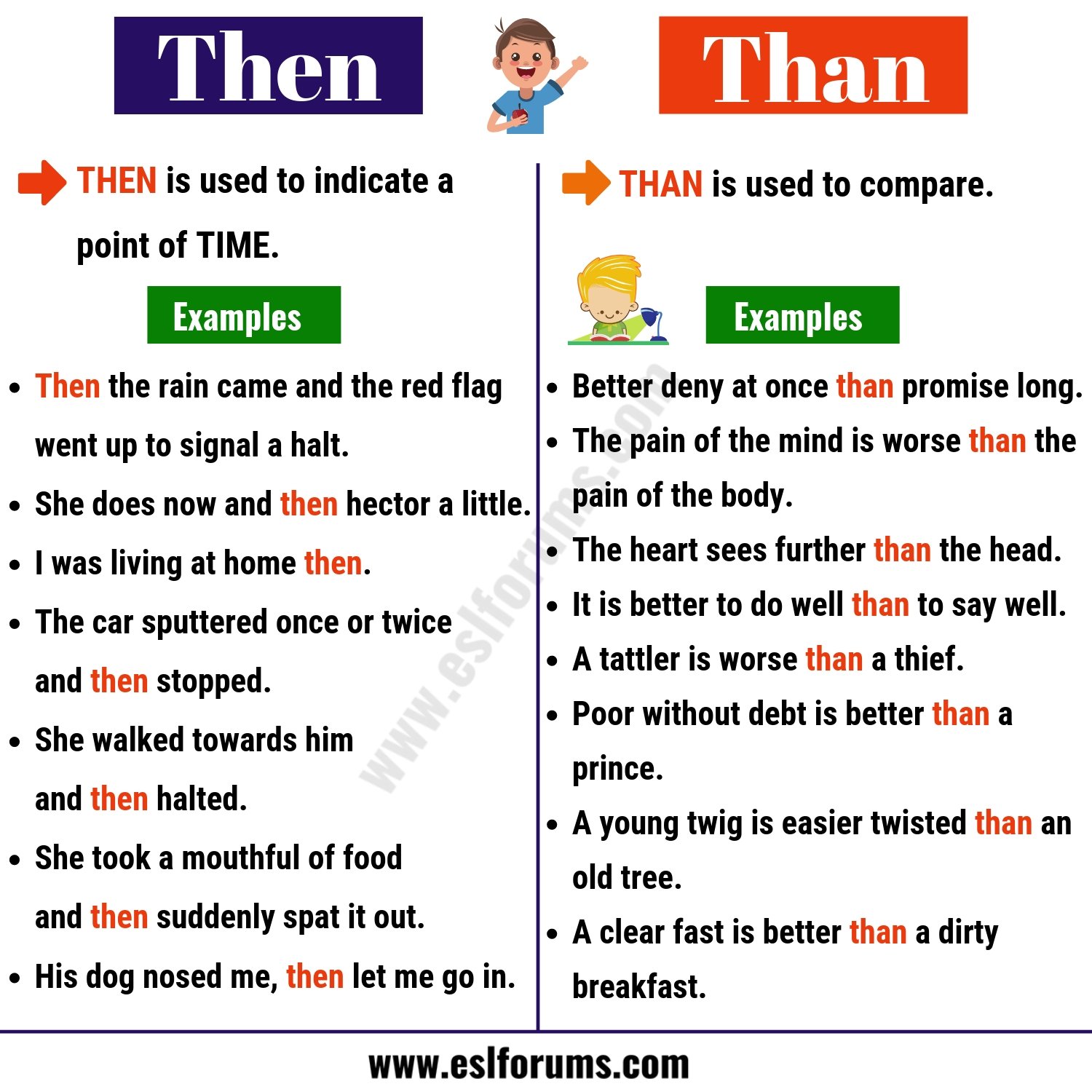