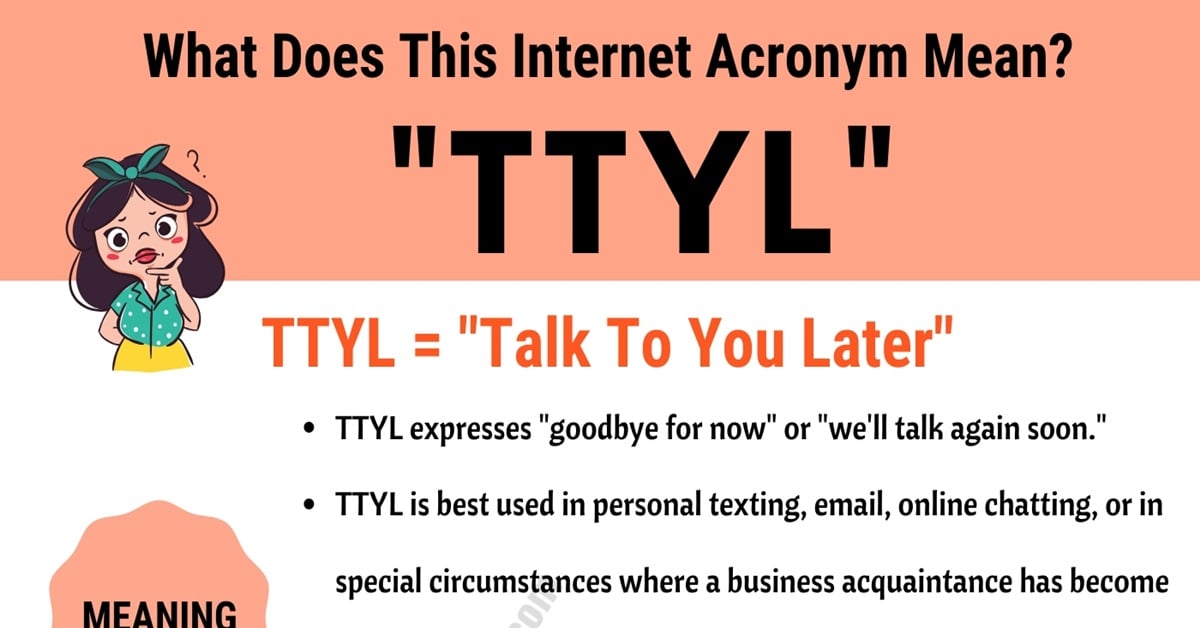 What does TTYL mean? If you are seeking for the meaning of this trendy slang acronym, you’re turning the right page. This lesson helps you understand the meaning of TTYL with interesting conversation examples and ESL infographic.

What Does TTYL Mean?

TTYL stands for “Talk To You Later”.

TTYL expresses “goodbye for now” or “we’ll talk again soon.” TTYL is best used in personal texting, email, online chatting, or in special circumstances where a business acquaintance has become a friend. Both uppercase and lowercase versions of TTYL (ttyl) mean the same thing and are perfectly acceptable. 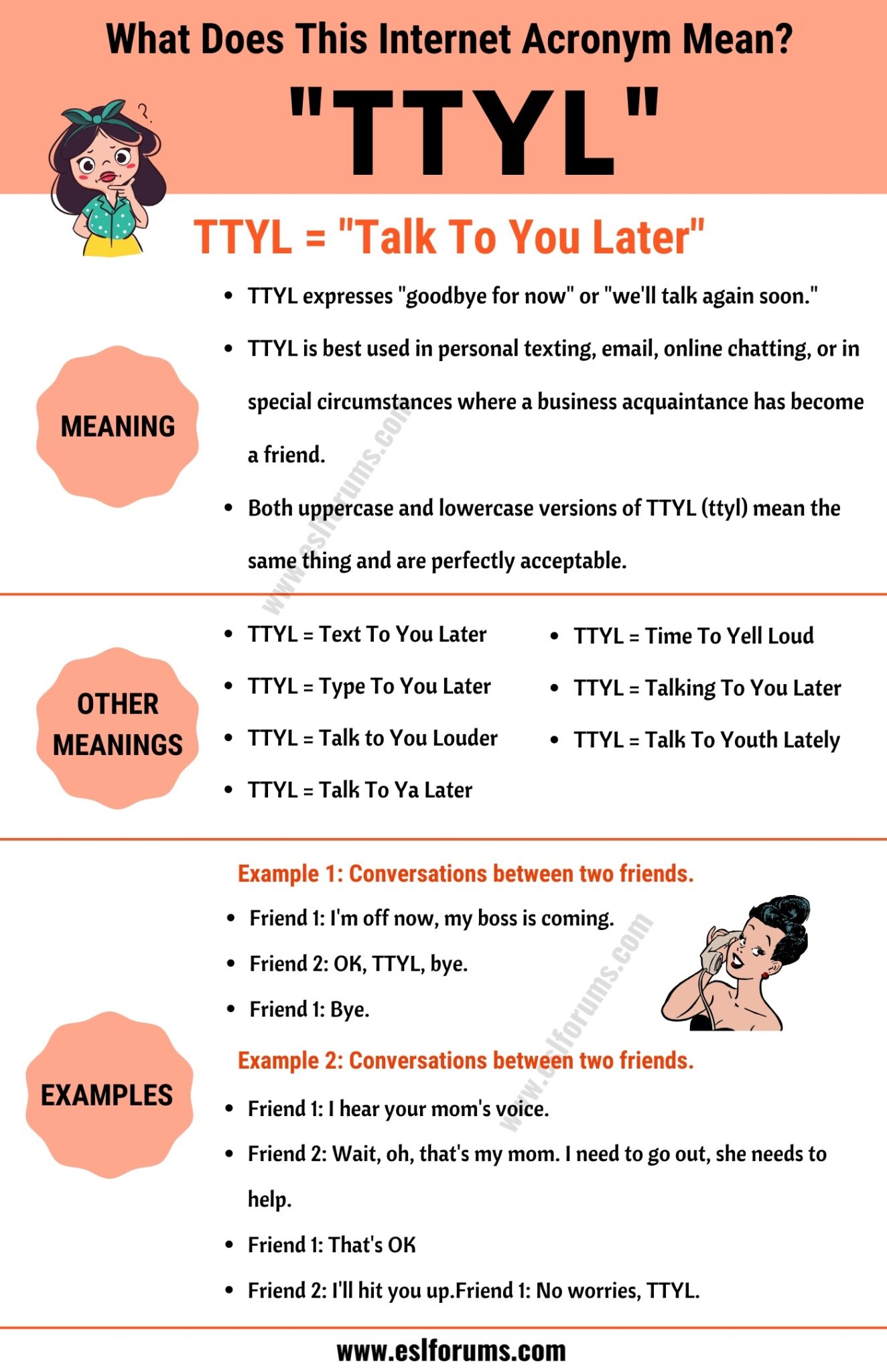