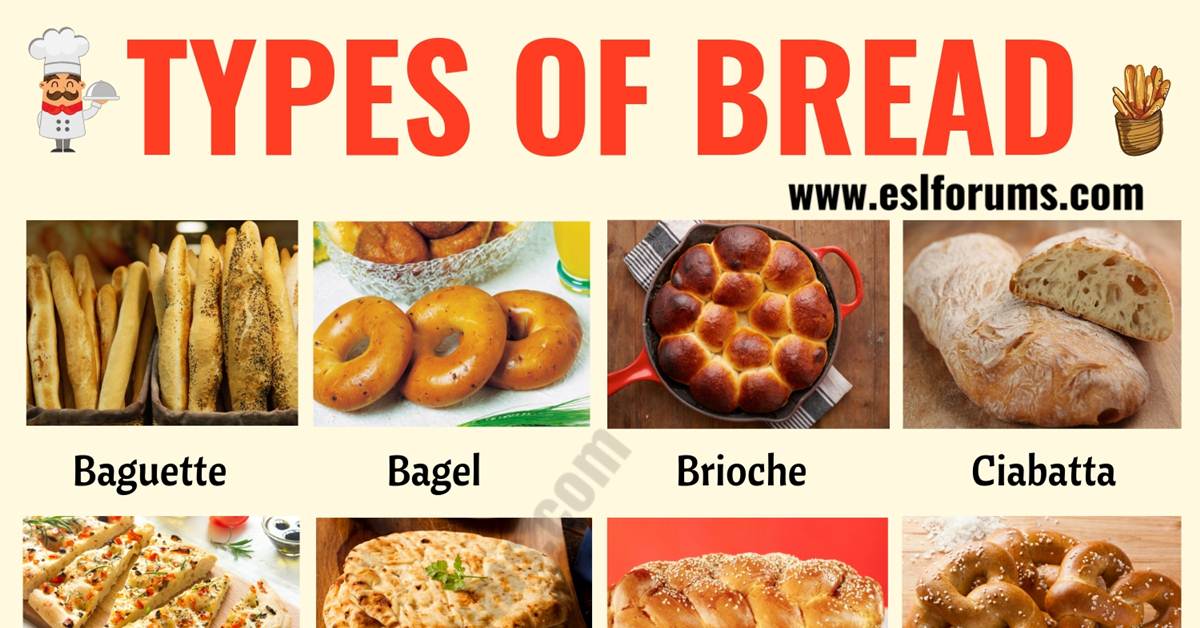 Types of Bread! In this lesson, you will learn a list of 24 best types of bread from around the world with pictures and example sentences to strengthen your vocabulary.

Every morning I went to buy a baguette at Bluot’s boulangerie at the corner of the road.

The average bagel contains 190 calories, no cholesterol and only one gram of fat.

I’ll have coffee and a brioche.

Ciabatta is an Italian white bread made from wheat flour, water, olive oil, salt, and yeast.

Challah is a special bread in Jewish cuisine.

And I love pretzels, trail mix, raisins and dried fruit.

Lavash is a soft, thin unleavened flatbread made in a tandoor.

Multigrain bread is a type of bread prepared with two or more types of grain.

Ezekiel bread is made from sprouted grains and doesn’t contain added sugars.

She bit into a croissant and took a sip of coffee.

Crispbread is a staple food and was for a long time considered a poor man’s diet.

And would it be possible to have an English muffin instead of toast?

I picked up a breadstick and began nibbling on the end, measuring his expression.

Anpan is a Japanese sweet roll most commonly filled with red bean paste.

Would a carrot crumpet make you feel better?

I thought I’d dress up the frozen pizza with a few extra tomatoes and olives.

Mantou is famous food in China. 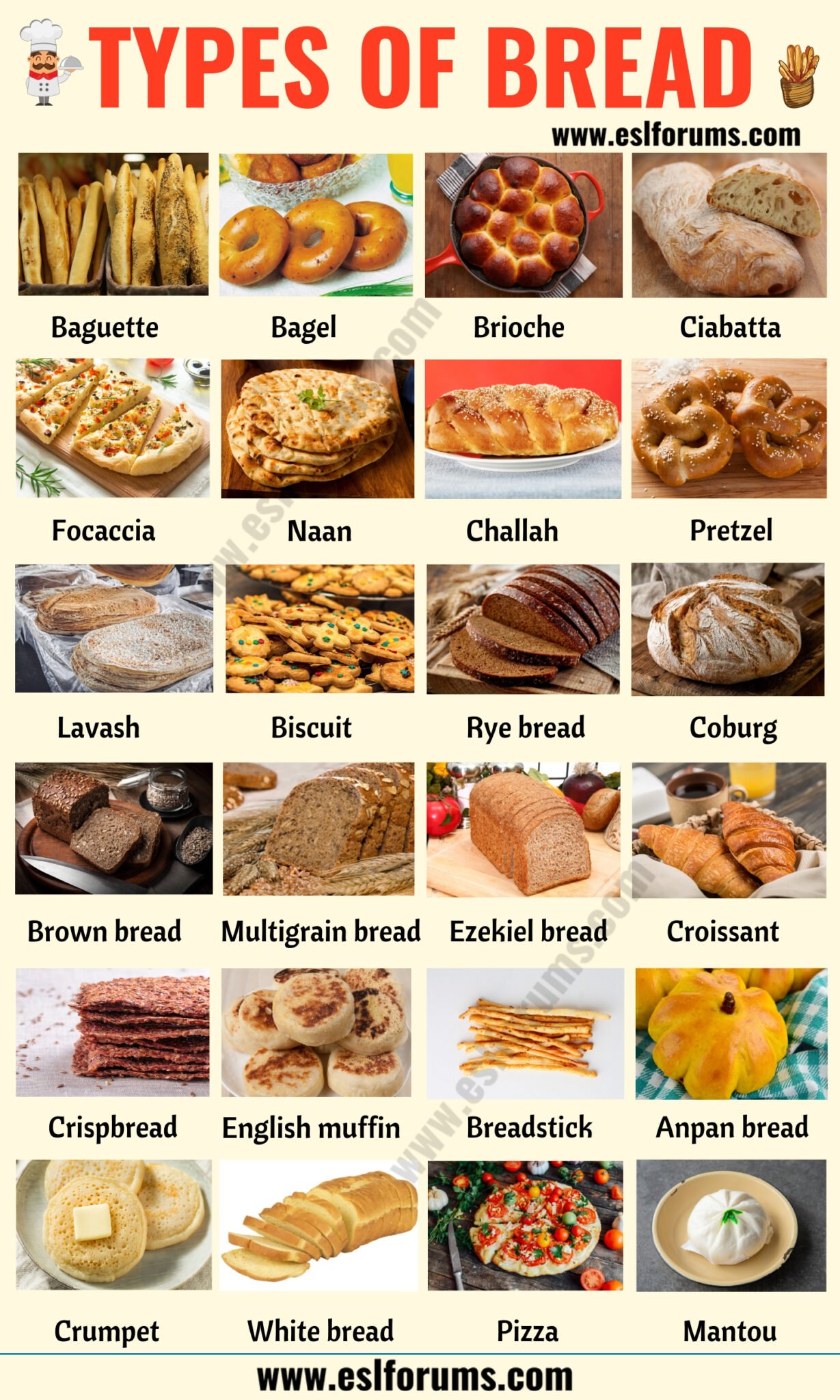 Why not Sunflower seed bread

Was able to enjoy bread with Sunflower seeds. Why is it no longer available in bakeries or grocery stores?

You did not mention any bread from Indian subcontinent and forgot to add Roti/Chappati along with Parantha. There are hundreds types of bread from that region. Puri, Bhature, and Dosa are few others which must be added with above mentioned.