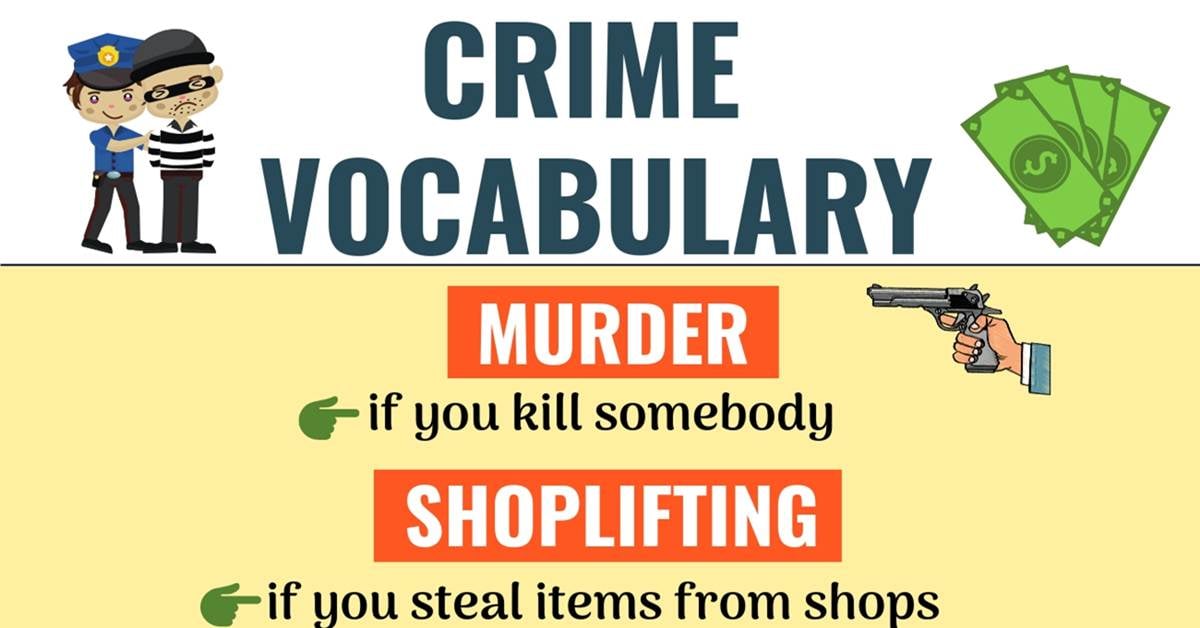 Types of Crimes! This lesson provides you some different types of crime in English. For example, a murder is different from a robbery, etc.

Examples: He promised to avenge his father’s murder.

Examples: If she carries on shoplifting, she’ll end up in jail.

Examples: He was charged with assault with a deadly weapon.

Examples: There were riots, arson, and killings.

Examples: The robbery was carried out by an armed gang.

Examples:  That was a terrible case of blackmail in the paper today.

Examples: Crime is on the increase, especially mugging and burglary. 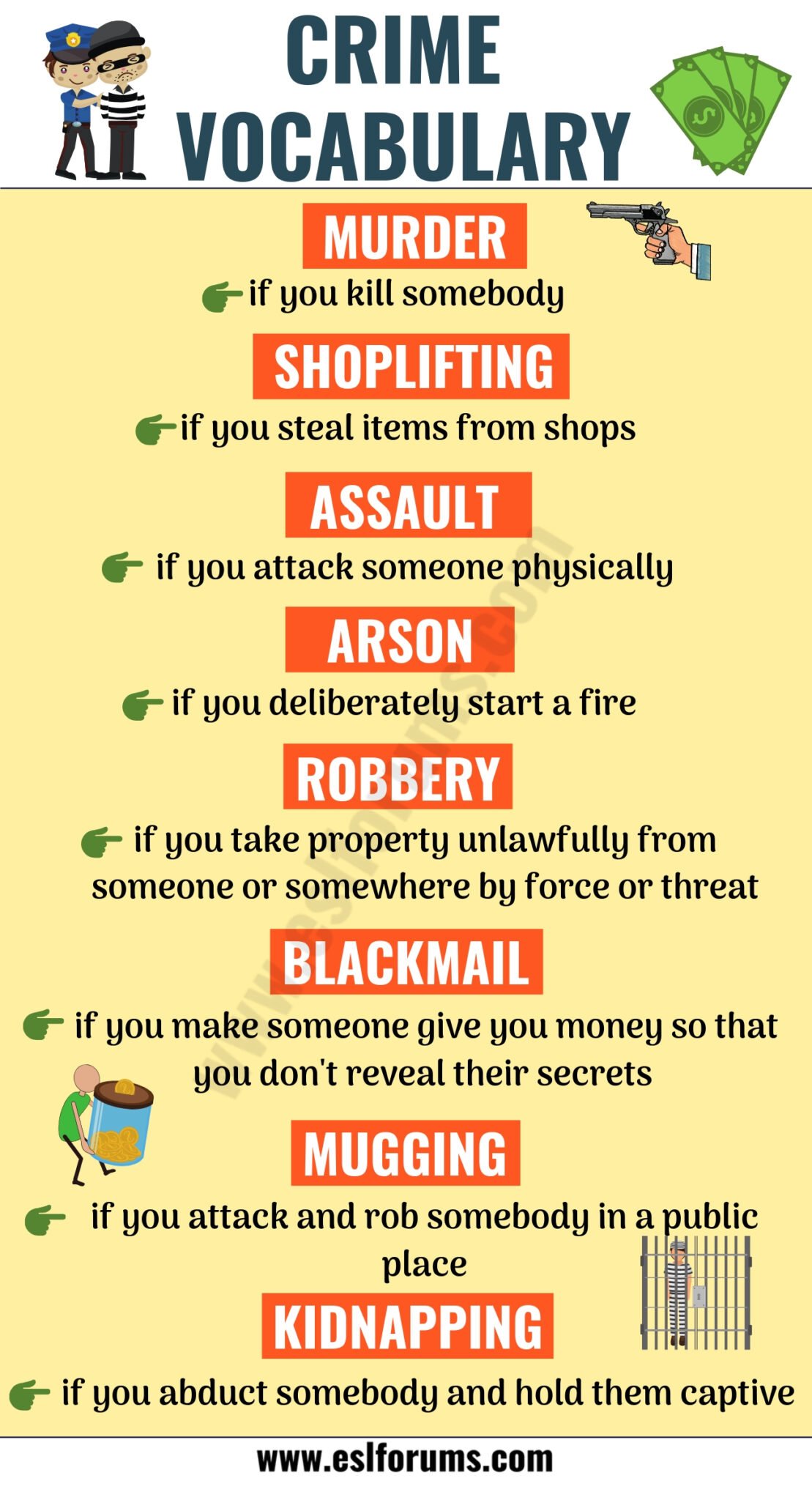