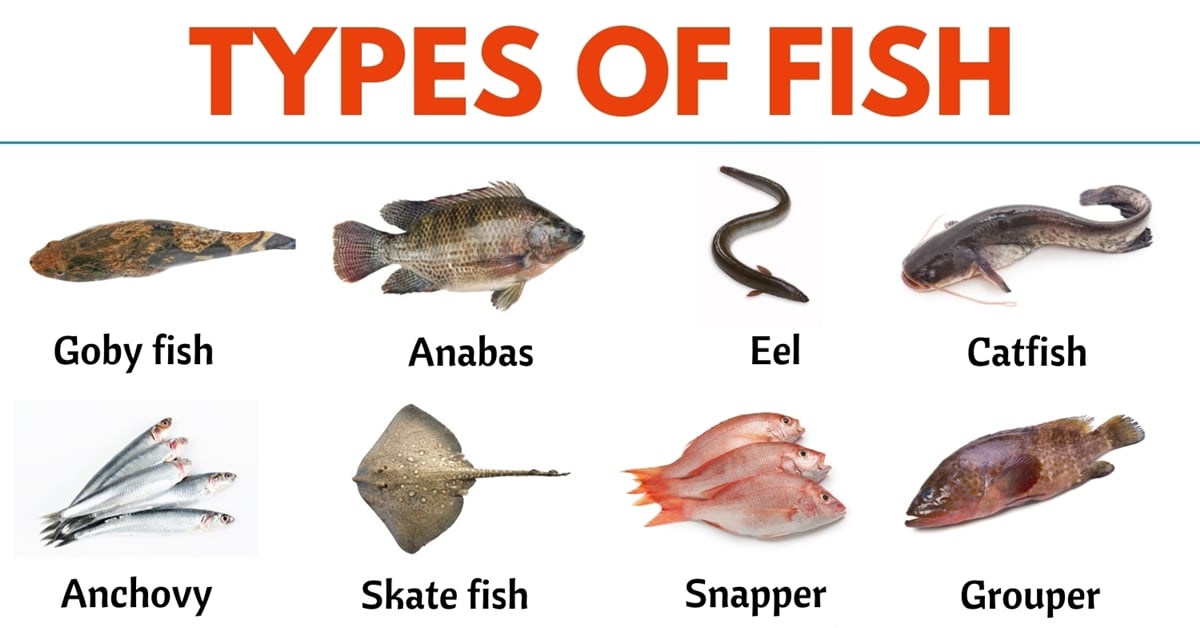 Types of Fish! Following are some common types of fish in English with ESL picture and example sentences. Let’s explore what they are!

Types of Fish with Examples

Learn the names of fishes in English with the example sentences.

Anabas is a genus of climbing gouramies native to southern and eastern Asia.

An eel is a ray-finned fish belonging to the order Anguilliformes, which consists of eight suborders, 19 families, 111 genera, and about 800 species.

The department asks anglers to remove and kill any blue and flathead catfish they catch.

An anchovy is a small, common forage fish of the family Engraulidae.

Like sharks, skate have a primitive skeleton that is made of cartilage instead of bones.

Snappers are a family of perciform fish, Lutjanidae, mainly marine, but with some members inhabiting estuaries, feeding in fresh water.

Groupers are fish of any of a number of genera in the subfamily Epinephelinae of the family Serranidae, in the order Perciformes.

The bluegill is a species of freshwater fish sometimes referred to as “bream”, “brim”, “sunny”, or “copper nose”.

Except for humans, adult largemouth bass are the top predators in the aquatic ecosystem.

Atlantic mackerel are a small, abundant forage fish that live across the Northern Atlantic.

Rainbow trout are freshwater fish whereas salmon are born in freshwater but then live much of their lives in saltwater.

The Ocellaris Clownfish is one of the best known fish in the aquarium trade.

Atlantic salmon are anadromous – they leave the ocean to return to freshwater streams and rivers to breed.

The red drum is a large, reddish fish with at least one black spot at the base of the tail.

In fact, European perch can grow to as large as six pounds or more

Basa is a type of white fish native to Southeast Asia.

Gilt Head Bream are a round, warmwater fish which are farmed in the Mediterranean.

Gars, garfish or mini marlins are a popular fish species to target within Victoria.

The zander (Sander lucioperca), or pikeperch, is a species of ray-finned fish from the family Percidae, which includes the perches, ruffes and darters.

The Atlantic bluefin tuna is one of the largest, fastest, and most gorgeously colored of all the world’s fishes.

Zebrafish are tropical fresh-water fish in the minnow family.

The Siamese fighting fish (Betta splendens), also known as the betta, is a popular fish in the aquarium trade.

Goldfish are a hardy aquatic species.

The guppy (Poecilia reticulata), also known as millionfish and rainbow fish, is one of the world’s most widely distributed tropical fish and one of the most popular freshwater aquarium fish species.

The Nile tilapia is a species of tilapia, a cichlid fish native to the northern half of Africa and Israel.

The regal blue tang is one of the most common and most popular marine aquarium fish all over the world. 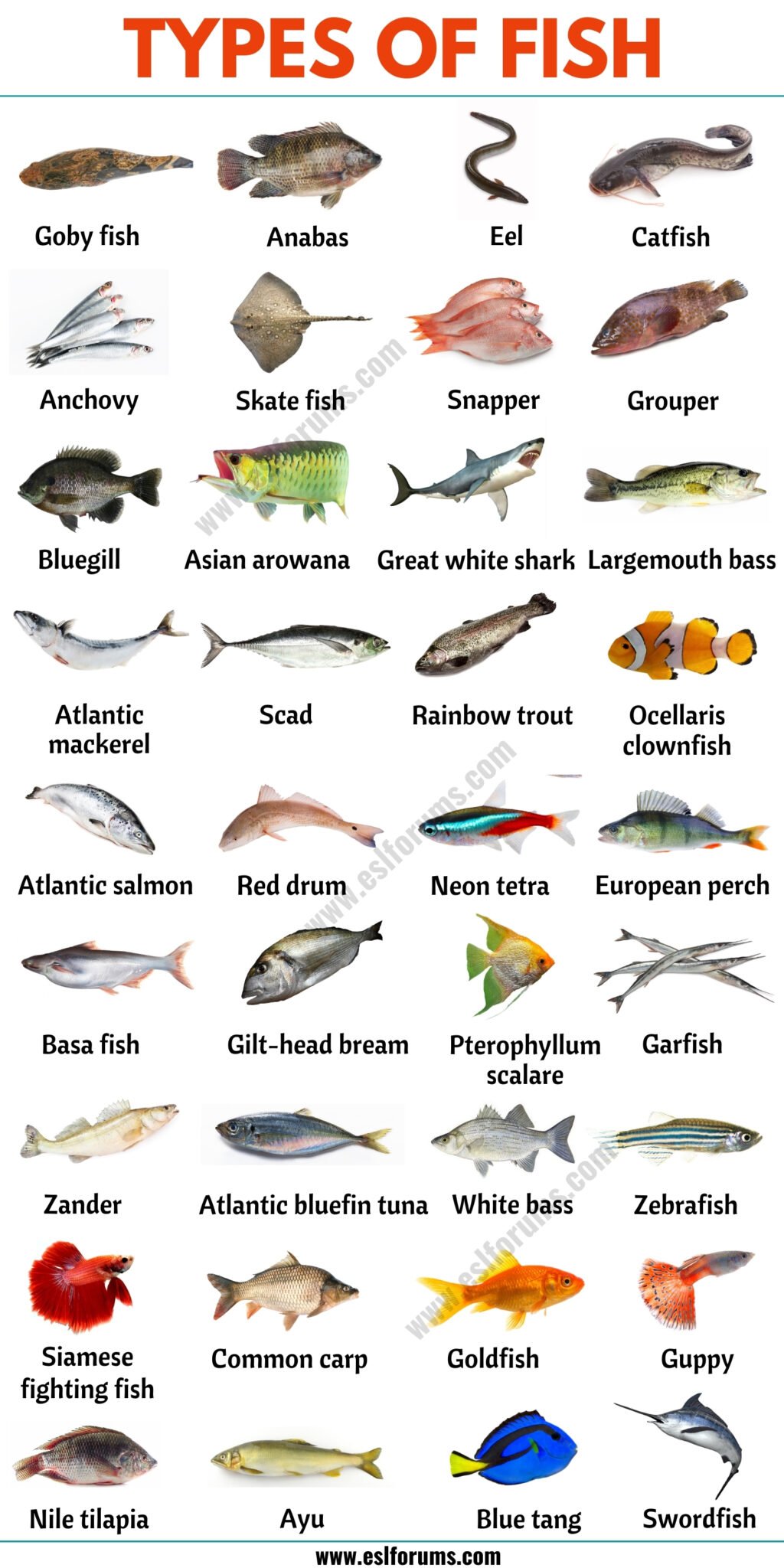 This was very helpful for my sister’s homework!
Thank you!