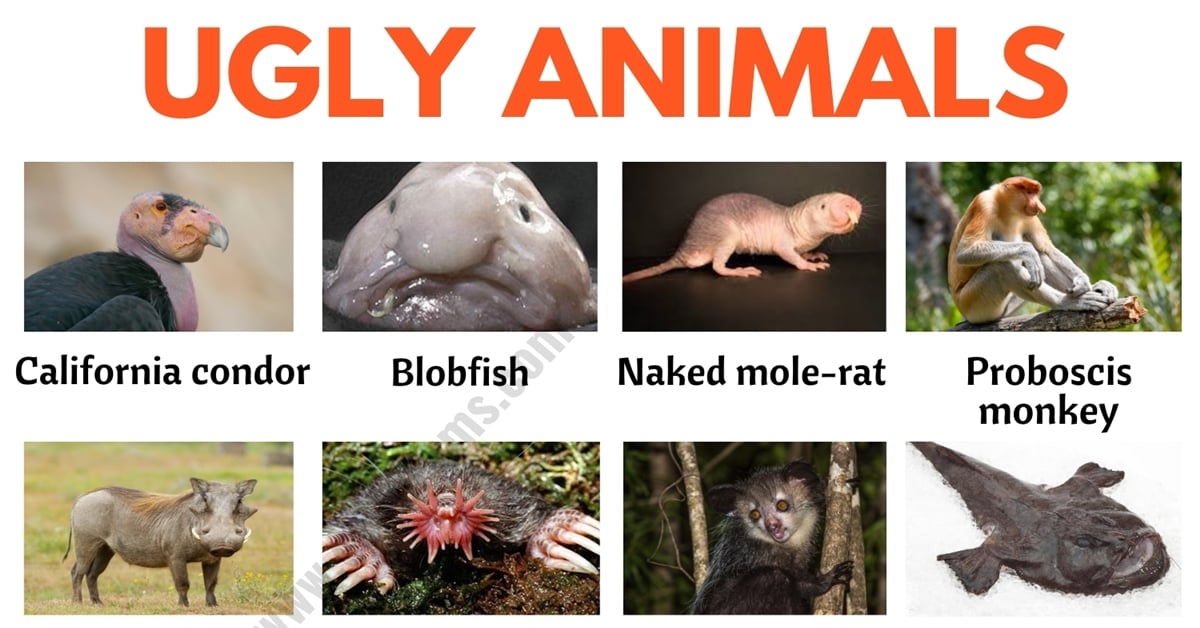 Ugly Animals! In this article, we will learn a list of ugly (but cute) animals in English with ESL picture and example sentences to enhance our vocabulary words.

Learn the names of cute ugly animals in English with example sentences.

It is illustrated with drawings of buffalo, giraffe, warthog and camp scenes, and describes a rhino hunt.

The star-nosed mole is the world’s fastest mammals eat.

The Aye-aye is the world’s largest nocturnal primate and dwells predominantly in forest canopies.

The monkfish is typically found in coastal Atlantic areas. It can grow up to about three feet and is a popular food in Europe and North America, and is often referred to as “poor man’s lobster.”

A marabou stork was poking about nearby in a pile of rubbish, and I gave it a wide berth.

In autumn the elephant seals haul out to moult.

This is another species of horseshoe bat called Rhinolophus simulator.

Speaking of dining habits, the red-lipped batfish is a carnivore and tends to snack on small fish and crustaceans.

Yet, in spite of its awkward, slouching gait, the hyena can run surprisingly quickly.

The matamata is a South American turtle with a striking appearance.

The Mexican burrowing toad is the only species in the genus Rhinophrynus and the family Rhinophrynidae of order Anura.

A turkey vulture spreads its wings in one of California’s deserts.

For years people were baffled by the axolotl.

Celestial eye goldfish or Choutengan is a double-tailed breed of fancy goldfish that has a breed-defining pair of telescope eyes which are turned upwards, pupils gazing skyward.

The kakapo, also called owl parrot, is a species of large, flightless, nocturnal, ground-dwelling parrot of the super-family Strigopoidea, endemic to New Zealand.

The pig-nosed turtle, also known as the pitted-shelled turtle or Fly River turtle, is a species of turtle native to northern Australia and southern New Guinea.

The mountain gorilla is on the verge of extinction.

The Sphynx cat is a breed of cat known for its lack of coat.

Angora rabbits produce coats in a variety of colours, from white through tan, gray, and brown to black. 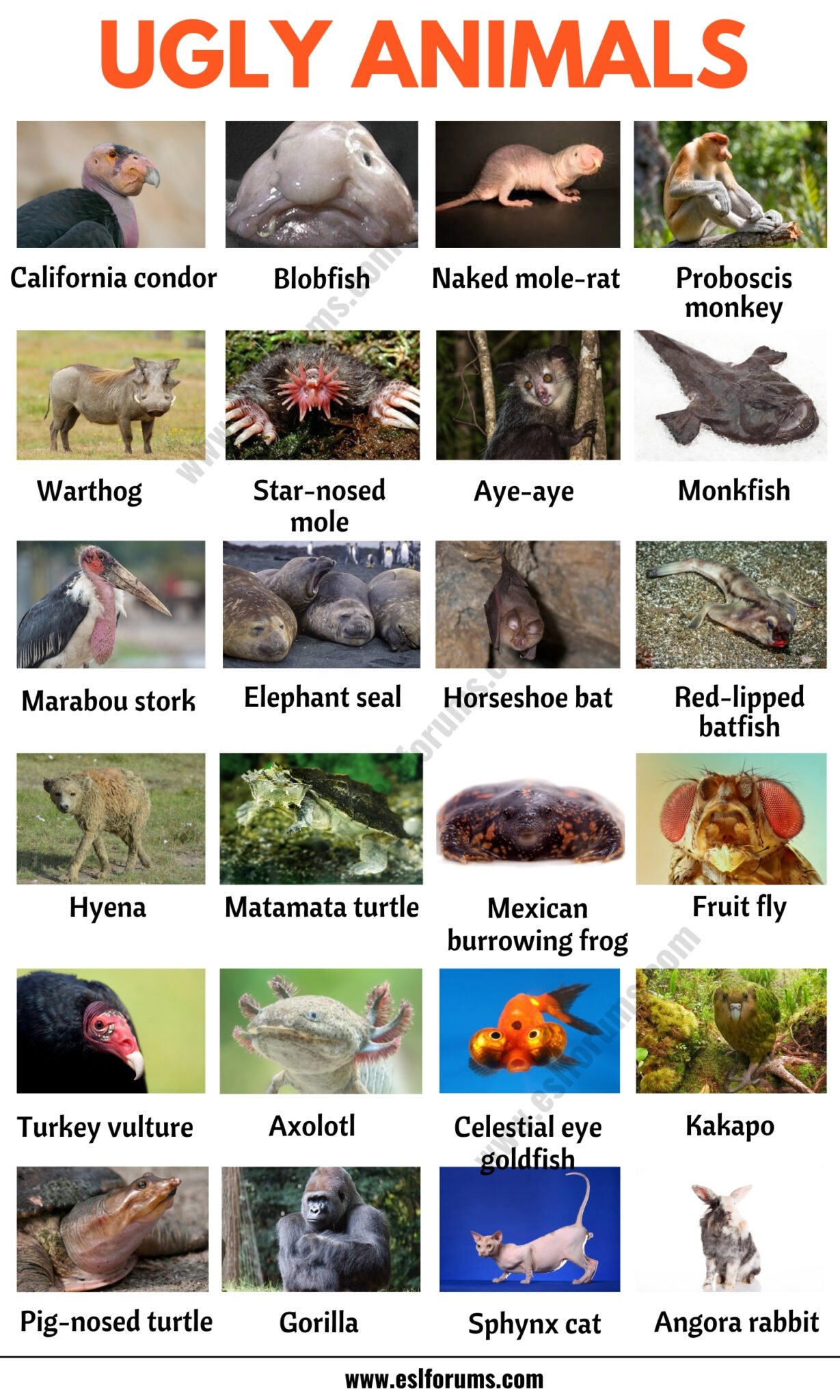