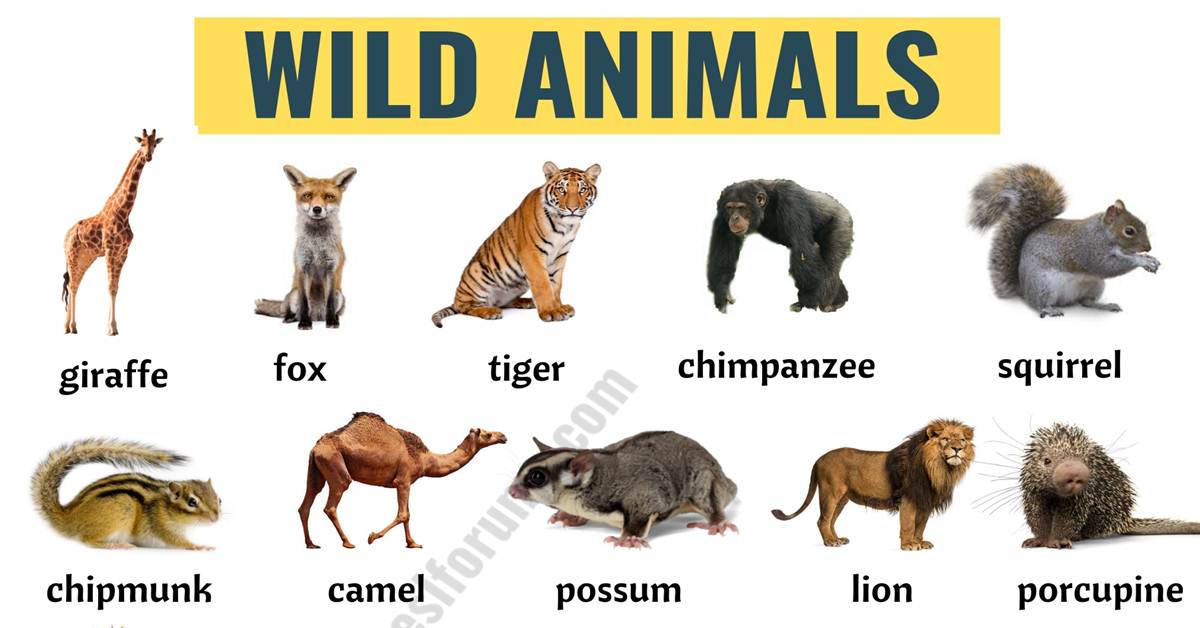 Wild Animals! In this lesson, you will learn a list of common wild animal names in English with ESL pictures and example sentences to help you expand your vocabulary.

Learn names of wild animals with example sentences in English.

The antelope could not escape the crocodile’s gaping jaws.

He would insist to his dying day that an arctic wolf had savaged him.

The hunter leveled his gun at the bear.

Some types of camel have two humps and others have one.

The chimpanzee is an endangered species.

He just crouches on the corner at lunchtime and occasionally bays, like a wolf or coyote.

In the animal world, similar diseases occur in mink, mule deer, and elk.

The fox changes his skin but not his habit.

The giraffe eats tender leaf from the tree highly.

The gorilla had a massive forehead.

We saw a hare jumping into our garden and ran it off.

A hedgehog tries to climb up the net and when it hears you approach it promptly rolls up into a ball.

Why hippopotamus and giraffe can also get married?

Why is koala bear so popular with zoo goers?

The leopard cannot change its spots.

The lion stalked its prey through the long grass.

A lizard without its tail is at a considerable disadvantage.

What’s the difference between an ape and a monkey?

The owl is a predatory bird which kills its prey with its claws.

The panda is now a rare animal.

Suddenly a rabbit ran in front of us,and the dog made after it.

Have you ever seen a raccoon before?

A brown rat scurried across the road.

The herd of reindeer was being trailed by a pack of wolves.

The squirrel disappeared into a hollow at the base of the tree.

The tiger is a common representative of the cat family.

The toad has a distinctive yellow stripe down its back.

He seemed hardly to notice the big walrus.

The hunter is following up a wolf.

The Green Woodpecker – is the largest species of woodpecker in Britain.

There are monkeys and zebra, and if you’re lucky you might see a lion. 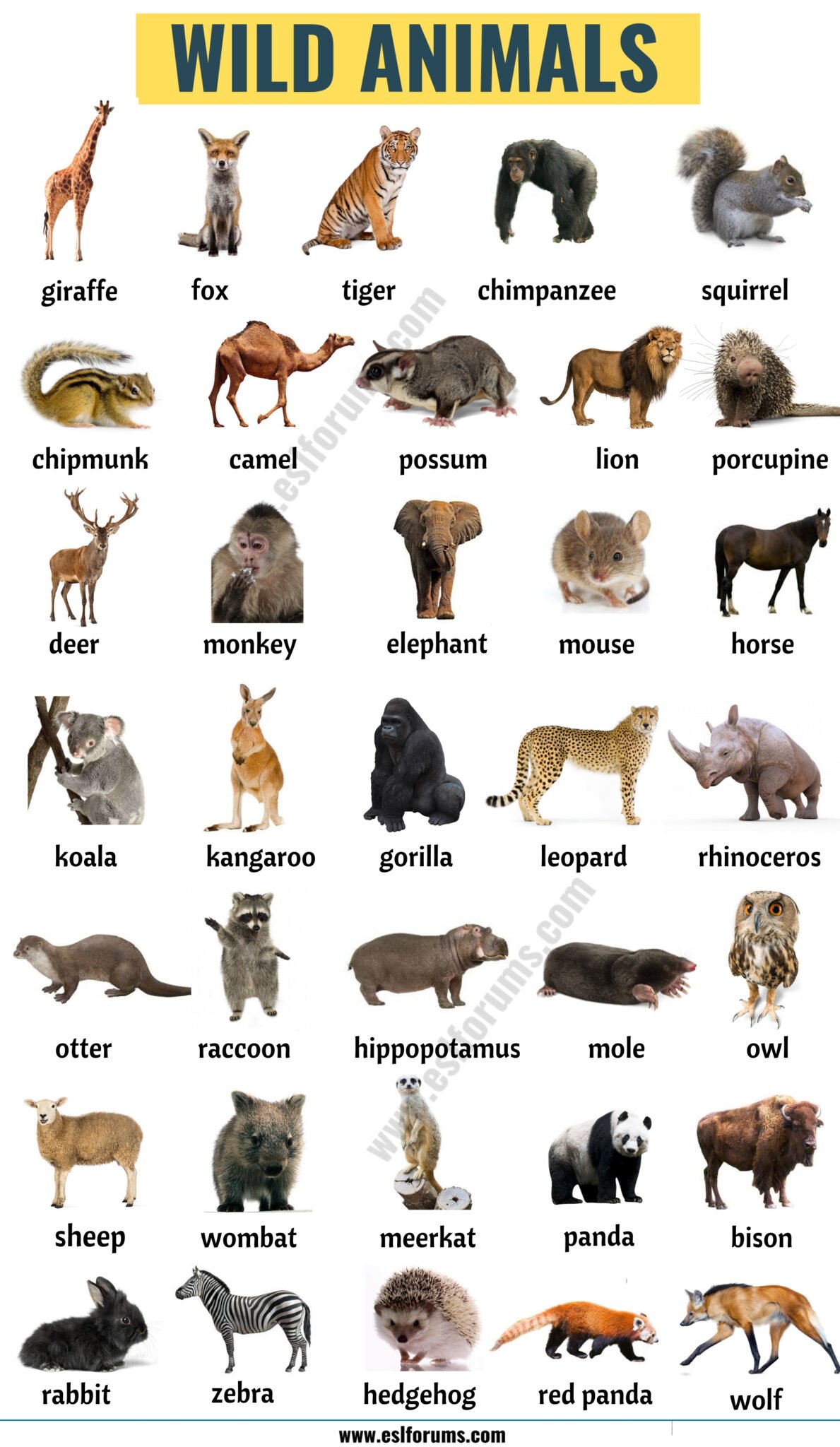 Hi where can I print these pictures?

hi where can I print these pictures?

i want write about chipanzes 😃

This is such a helpful site to help teach children about animals.