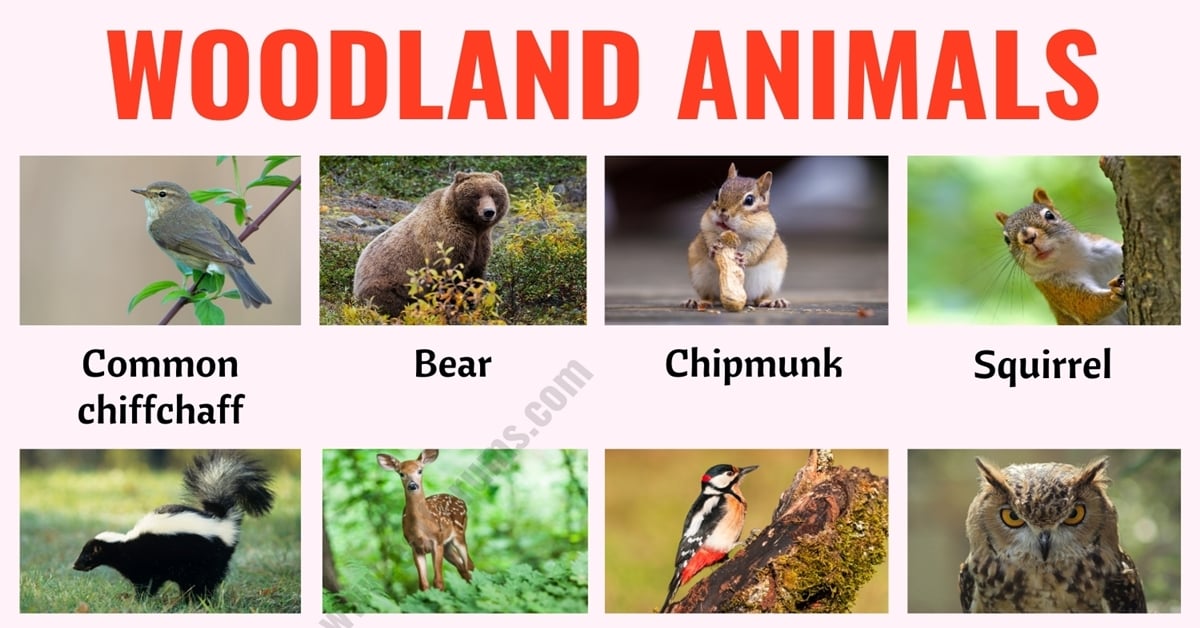 Woodland Animals! In this lesson, you will learn a list of common woodland animals in English with ESL picture and example sentences to help you bolster your vocabulary words.

Learn the names of woodland animals in English with example sentences.

The common chiffchaff, or simply the chiffchaff, is a common and widespread leaf warbler which breeds in open woodlands throughout northern and temperate Europe and the Palearctic.

The white fur of the polar bear is a natural camouflage.

This little chipmunk is hungry.

The squirrel has laid in a store of nuts for the winter.

The hunter snared a skunk.

The researchers also point out that the woodpecker has a natural advantage in resisting brain damage.

The quick brown fox jumps over a lazy dog.

I saw fresh moose and deer trails leading from the forest below into this new feeding ground.

As I got closer, the hedgehog rolled itself into a ball.

The eagle swooped down to snatch a young rabbit.

You can’t run with the hare and hunt with the hounds.

If you are lucky enough to get a truly wild turkey, the flavour match with the mole sauce is fantastic.

The hawk swooped and soared away carrying something.

Meanwhile, a grouse landed in an apple tree beside me, then flew down to the ground and walked away.

Messrs. van Kooten and Abbot point to the divergent fates of the sea otter and beaver.

That is a beautiful bluebird.

A dove is often used as a symbol of peace.

A robin was hopping around on the path.

He could farm alpaca, deer and wild boar. 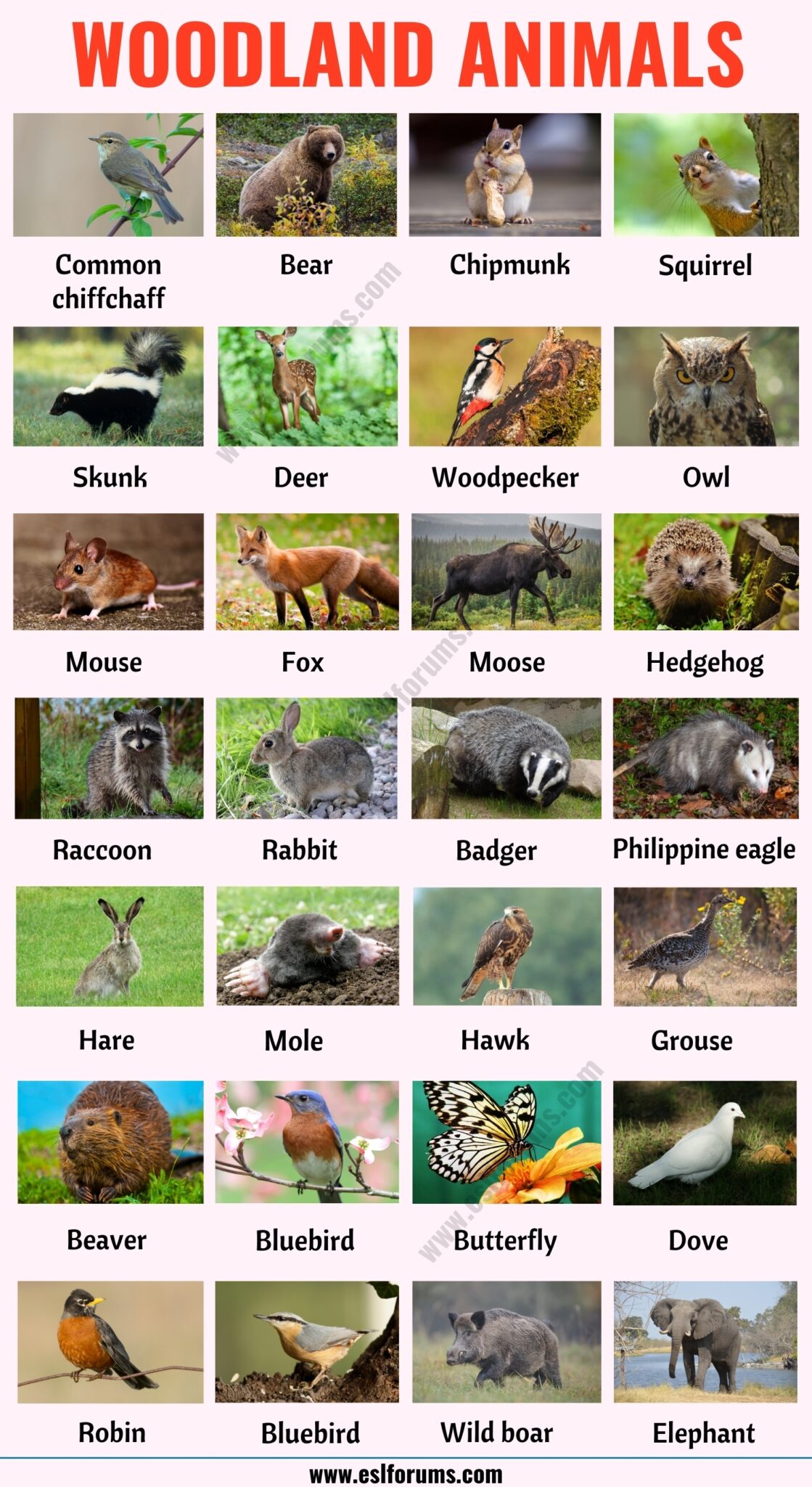 thank you so much

believe it or not, this helped me name my character lol he’s a dwarf and his adventuring name is moose thank you