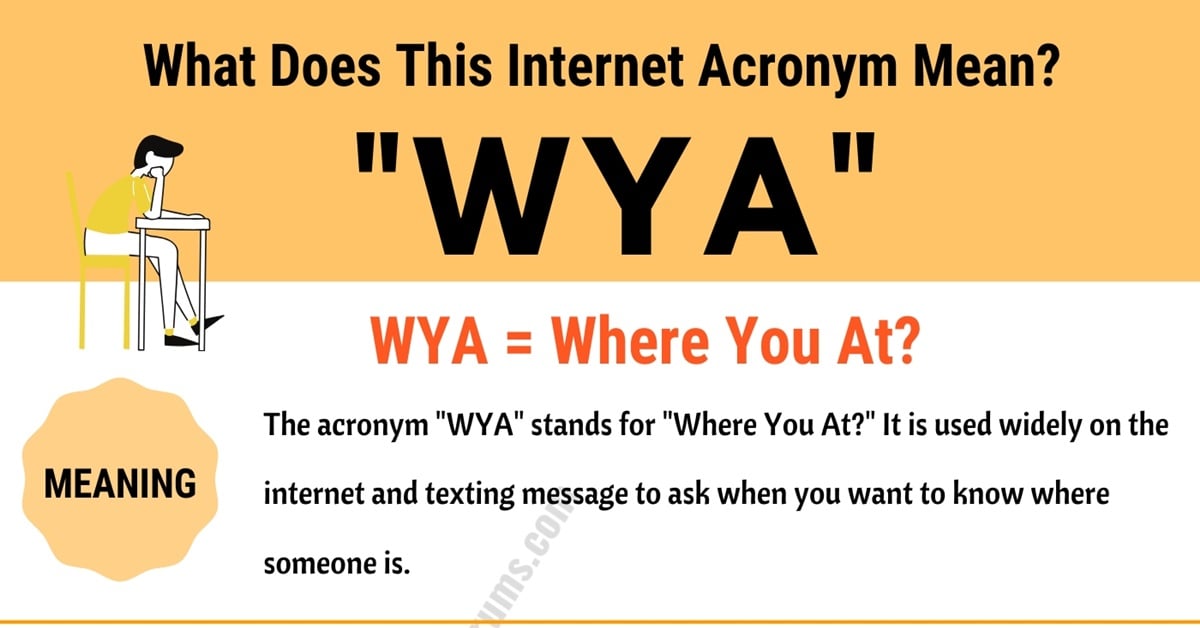 WYA Meaning! What does WYA mean and stand for? In this lesson, you will learn the definition and conversation examples of the useful acronym “WYA” in English.

What Does WYA Mean?

The acronym “WYA” stands for “Where You At?” It is used widely on the internet and texting message to ask when you want to know where someone is. 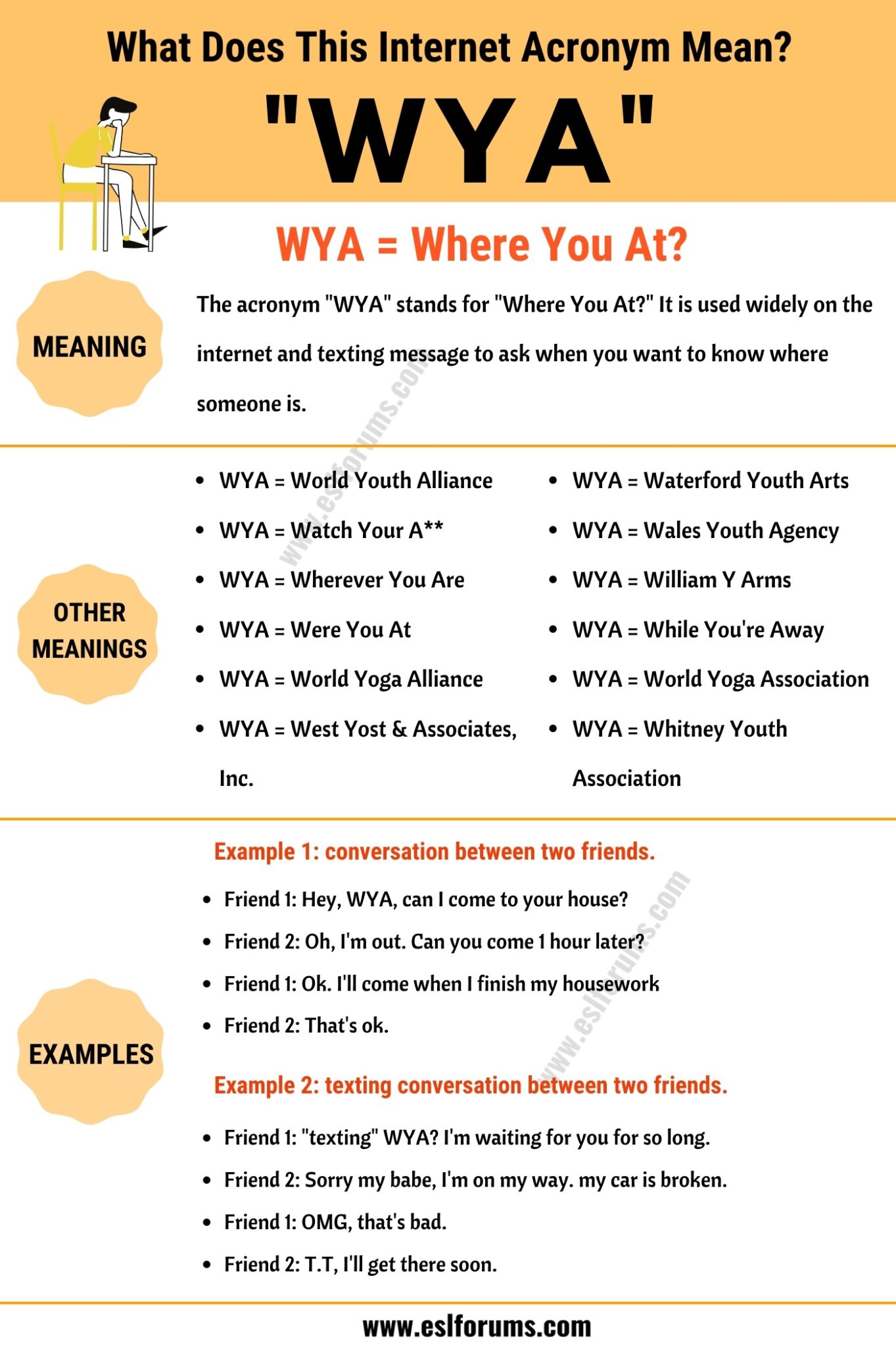